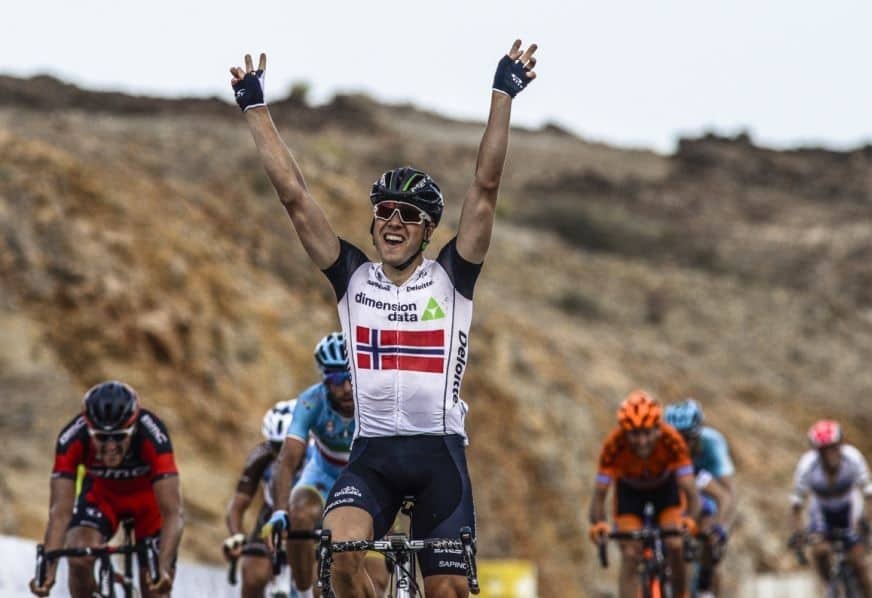 Team Dimension Data’s Norwegian all-rounder Edvald Boasson Hagen won the second stage of the Tour of Oman on Wednesday, completing the 162km ride from Omantel Head Office to Quriyat in 4hrs 12mins. He finished clear of GC contenders, Italy’s Vincenzo Nibali and Greg Van Avermaet of Belgium after a tight sprint following an aggressive ascent of the
day’s 2.8km climb.

“I managed to attack and get involved in the final sprint, so it was
perfect for me,” said the 28-year-old former Sky man, who also seized the
overall leader’s red jersey. “My team did really well leading on the climb.”

The climb saw overnight leader Bob Jungels dropped by 59sec while Australia’s Richie Porte was also distanced and trails by over three minutes. After a consolidated 20km acceleration by the Astana and Dimension teams which smashed the peloton, Ireland’s Dan Martin of Etixx was also left trailing by 1min 41sec.

Thursday’s third stage covers 176.5km from Al Sawadi Beach to Nasseem Park
and looks set to end in a bunch sprint. Friday’s stage however looks cut out for the pure climbers such as Nibali or Frenchman Romain Bardet.