Tour of The Gila: Stage 1, Results 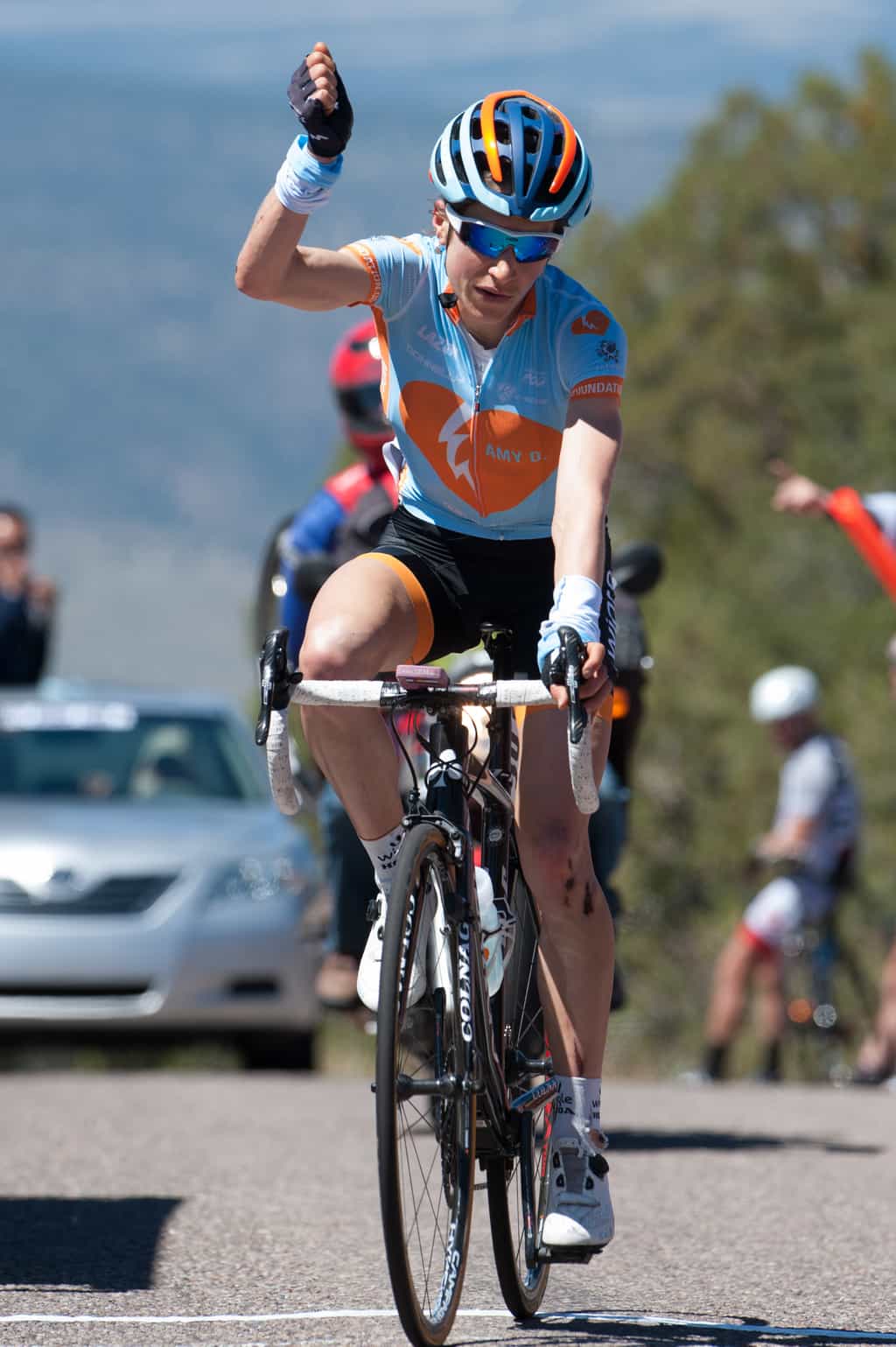 In the men’s race, the Orgullo Antioqueño team placed two riders in the top 3. Rafael Montiel won the stage, surging ahead of the day’s breakaway just as the road turned towards Mogollon, the site of a ghost town and the stage finish. Montiel gained 33 seconds over second place finisher Guillaume Boivin (Optum) and 50 seconds over Montiel’s teammate and third place finisher Cristhian Montoya Giraldo (Orgullo Antioqueño).

With little wind, sunny skies and temperatures hovering in the mid-60’s, racers departed from Gough Park in downtown Silver City for an undulating 71.2 mile (women’s) and 92 mile (men’s) course. Abbott, known worldwide for her climbing prowess, was the clear favorite as competitors braced for her inevitable attack in the race’s closing miles. Like clockwork, she emerged up the final pitch as race announcer Dave Towle, a close friend of Abbott’s team’s namesake, Amy Dombroski, spoke about the fallen rider, “Amy is looking down on you (Abbott) smiling,” Towle said to the crowd.

“I felt really motivated to win the stage today,” Montiel said. “The finish is at the same altitude where I live in Colombia so I tried to save energy for the big climb.” His goal for the remaining stages is simple: “My plan is to keep the jersey and win the race.”

Top 6 Photos From Tour Of Turkey