Tour Of The Gila: Stage 2, Results 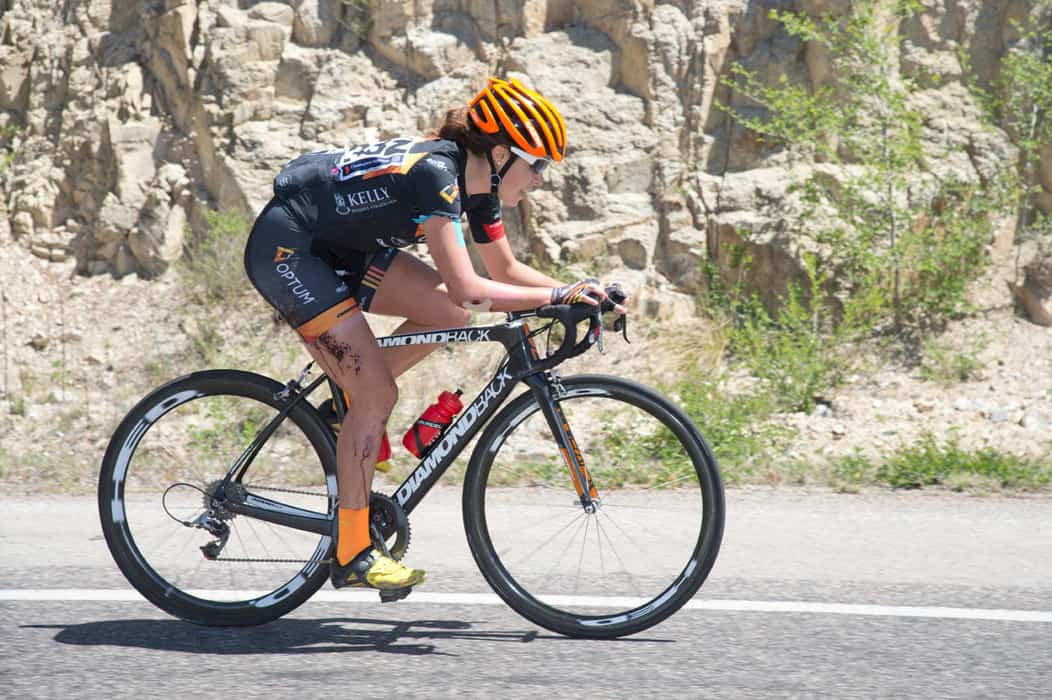 The Tour of the Gila continued today with the stage two Inner Loop Road Race. Professional cyclists adore the Tour of the Gila for days like this one: nearly 6,000 feet of climbing, technical descending and a long straightaway for a potential sprint finish.

The scene was set for heroic performances and Optum presented by Kelly Benefits Strategies delivered. The squad, uniquely set up with both a dedicated women’s and men’s team, earned victories with Canadian, Annie Ewart, and Boulder, Colorado-based, Eric Young.

Ewart’s win seemed unlikely midway through the stage. She crashed and required medical attention yet continued racing, eventually pedaling off the front of the peloton and gaining some seven minutes over the field.

The men’s race, like Tuesday’s stage one, defied convention. The Inner Loop, containing several challenging climbs including Pinos Altos and Acklin Hill and 5,781 total feet of climbing meant it would be challenging for sprint-oriented riders to arrive to the finish line fresh.

But like his teammate Guillaume Boivin (Optum) a day earlier, Eric Young showed he could maintain position on the climbs despite being known as one of the U.S.’s top sprinters. Young took the race victory with Travis McCabe (Team Smartstop) in second (same time as Young) and Kiel Reijnen (UnitedHealthcare Pro Cycling Team) in third (same time as Young).