Tour of The Gila: Stage 4, Results 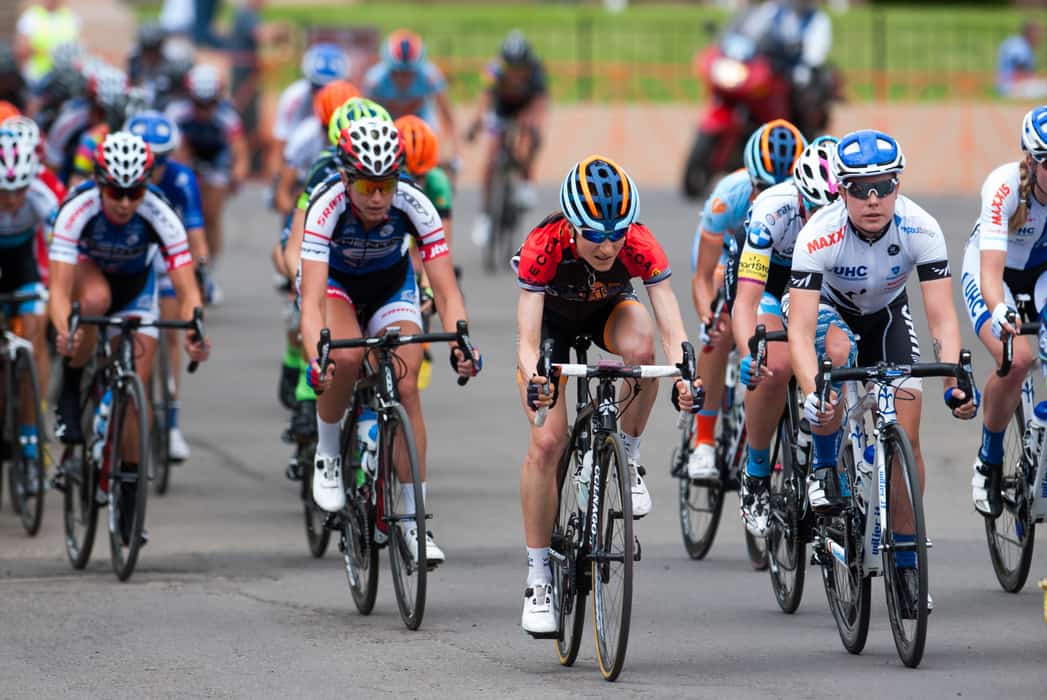 With storm clouds looming over the Tour of the Gila’s fourth stage, the Downtown Silver City Criterium, the UCI men’s and women’s plot lines were filled with strategy as teams eyed tomorrow’s decisive final stage and general classification standings.

The women’s field lined up at 3:00 p.m. for a 27 mile journey around the traditional four corner circuit (nearly rerouted until a late decision to postpone road work offered the typical course racers are used to). With an ever-tightening general classification time separation between riders Mara Abbott (Amy D. Foundation composite team) and Lauren Stephens (Team Tibco-SVB), each rider’s team was forced to play defense and find time bonuses, respectively. But with more than 40 other riders with plans of their own, the stage win was up for grabs.

With two laps to go, UnitedHealthcare rider Linda Villumsen came through the start/finish banner with her arms held high. Villumsen had lost count of laps and celebrated prematurely. Fortunately the team was redeemed, with certainty, shortly after as teammate Hannah Barnes out sprinted Leah Kirchmann (Optum presented by Kelly Benefits Strategies) and Alison Jackson (Twenty16-Ridebiker) for the stage win.

“Coming into the last lap I saw Brianna Walle from Optum go solo,” said Barnes. “About 500 meters to go I chased and and caught Brianna, then Leah (Kirchmann) came past me I said, ‘that’s it, it’s over,’ but I managed to just jump on her wheel and come around.”

The clouds that loomed over the men’s race were for naught as the Silver City sun shone over the 43.4 mile loop. The most threatening aspect of the entire race came in what proved to be a failed breakaway with two of the best time trial riders in the world and stage 3 podium finishers, Tom Zirbel and Jordan Kerby. As the two leapt from the pack with five laps to go, it looked like Zirbel was about to steal back-to-back stages. But with just two laps to go, the Optum team took up the chase for their sprinter Eric Young while the Jamis-Hagens Berman team positioned their Argentinian sprinter, Lucas Sebastian Haedo.
“I wasn’t feeling really good all day but then in the last corner, two UnitedHealthcare guys went and I took the corner behind them in third position,” said Haedo. “Maybe I went a little bit early but I came through with a fast sprint.”

Abbot, who has lead the women’s race since stage one retained her overall race lead while Stephens still sits in second with Jasmin Glaesser (Optum) in third place.