Tour of The Gila: Stage 5, Results 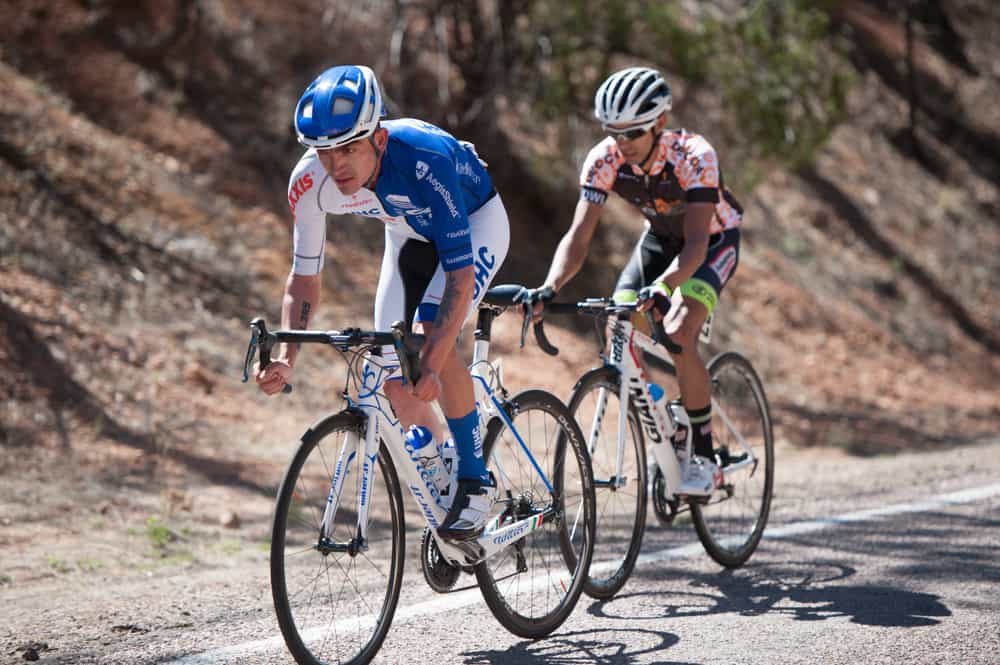 Montiel’s teammates covered attacks and breakaways throughout the stage which lead team management to feel confident in their jersey defense. But with 25 kilometers remaining, Montiel was off of the lead pack which included Chris Horner (Airgas), Michael Woods (Optum presented by Kelly Benefits Strategies) and eventual overall race winner, Rob Britton (Team SmartStop).

“The team rode perfectly all week and my only job today was to not mess it up,” said Britton. “The goal was always to win the Gila and better our third place from last year.”

Britton left the 2014 Tour of the Gila just four seconds from the win and his offseason diligence and passion for the Gila came to fruition today.

SmartStop Director Michael Creed was confident in Britton’s condition during the rider’s build up to the Tour of the Gila.

“I knew Rob was really motivated and he looked good and smooth,” said Creed. “To say you’re going to win and pull it off is always hard. This is one of the races that we didn’t win last year so it’s nice to keep improving.”

Like on stage one’s Mogollon mountain top finish, the table was set again today for Abbott to showcase her virtuosic climbing abilities. Her win capped an impressive start-to-finish overall lead and in the process, earned her a record setting fifth Tour of the Gila women’s stage race win.

Hall who finished second today to Abbott also leapt up the final general classification into second place. Nalder, was lost for words in her post-stage interview: “I feel out of this world. I’m toast. It was a long, hard day, but worth it.“

As Abbott prepares for later season objectives and rejoining her United Kingdom-based Wiggle Honda Team, she was complimentary of her “composite” teammates, riding for the Amy D. Foundation.

On the Gila Monster climb, Abbott was comfortable but justifiably fatigued from the previous four stages.

“It wasn’t as hard as some of the other climbs that happened earlier in the race but after five days’ racing, it was fairly epic,” she said.

The 2015 Tour of the Gila’s final men’s and women’s podiums and jersey leaders.