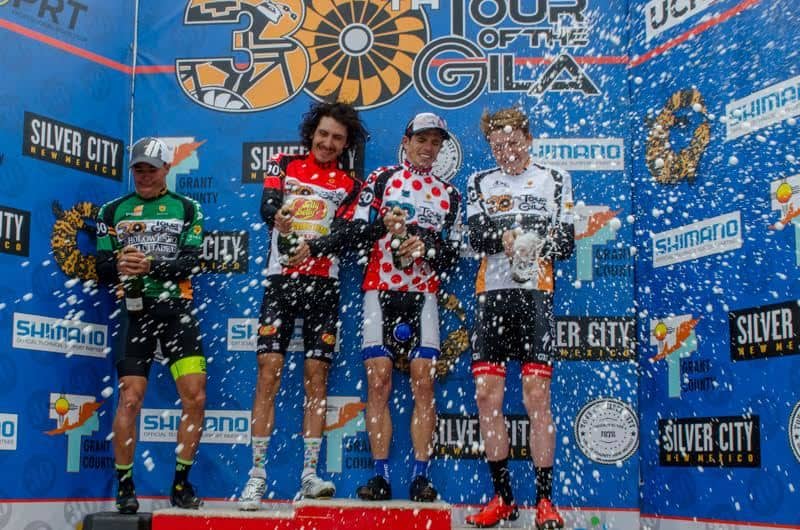 Doing what she does best, Mara Abbott (Amy D Foundation) climbed to her 6th overall win at the Tour of the Gila today. The two-time Giro Rosa winner showed why she’s a level above the rest by sealing another overall Tour of the Gila on the final stage of the 30th edition of the race. Kristin Armstrong (Twenty16-BikeRider) held on to second place on GC, while Jasmin Glaesser (Rally) turned out a stellar ride to move up into third overall, one second ahead of Brianna Walle (Tibco-Silicon Valley Bank) who dropped to fourth place. 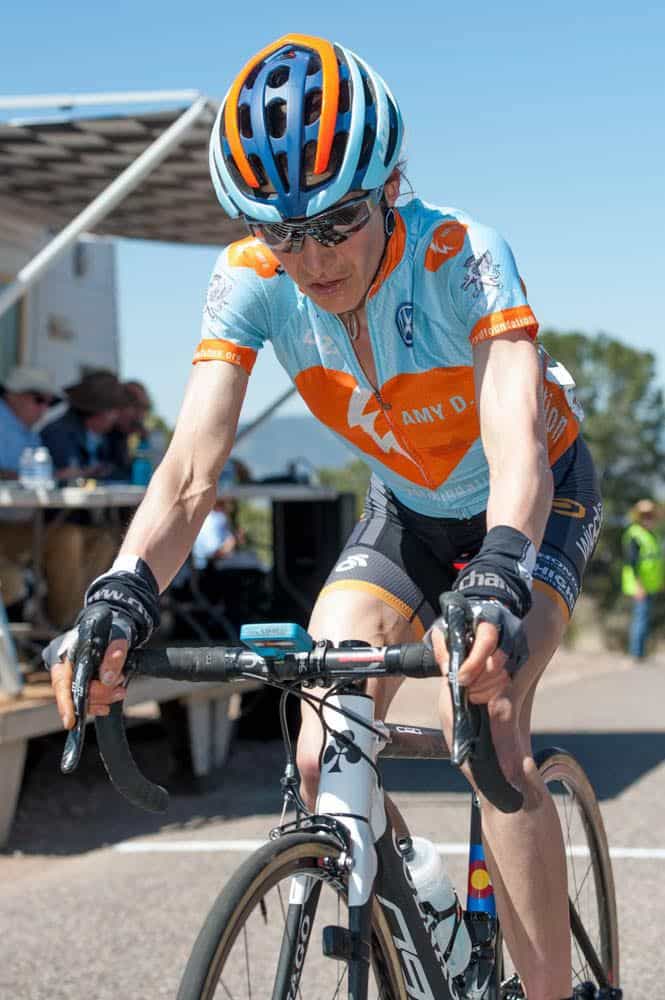 Crosswinds and massive climbs made it a brutal day on the road for the pro women. Despite the challenges, the racing was still aggressive from the gun, with Colavita, Amy D and TIBCO-Silicon Valley Bank launching the majority of attacks during the early stages of the race.

The ultimate threat came from Abbott (above), who attacked at the base of the final climb. Only Katie Hall (UHC) could stay with Abbott, and eventually Hall fell off the pace of the formidable climber. The scenario seemed like a carbon copy of last year, except for a chase group of 11 riders that surprisingly posed a threat to Abbott and Hall in the closing kilometers. Within 500 meters of the hilltop finish, Hall was overtaken by Scottie Lechuga (Hagens-Berman Supermint) and Mindy McCutcheon, who finished finished second and third respectively.

The men went to battle in the final day of the 2016 Tour of the Gila but were unable to knock Lachlan Morton of Jelly Belly P/B Maxxis, from the top of the GC. Morton sealed the victory for the first time in his career in Pinos Altos, Sunday. Morton had begun the stage with just over a minute lead ahead of Alex Cataford of Silber Pro Cycling who finished second overall. Rob Britton of Rally Cycling was third.

The Gila Monster proved to be another battle on the final day in Silver City, with Daniel Jaramillo of UnitedHealthcare Pro Cycling taking the stage win for the second time in his career, just ahead of his countryman, Janier Acevedo of Team Jamis. Tao Geoghegan Hart crossed shortly after in third, winning the Best Young Rider’s jersey.

Though out-numbered in the final 30k, Morton kept cool thanks to the early work in the stage by his team.  Morton had begun the stage with just over a minute lead ahead of Alex Cataford of Silber Pro Cycling.  Jelly Belly kept cool as relentless attacks came from Axeon Hagens Berman, Team Jamis, and UnitedHealthcare Pro Cycling.