Tour Down Under Stage 3 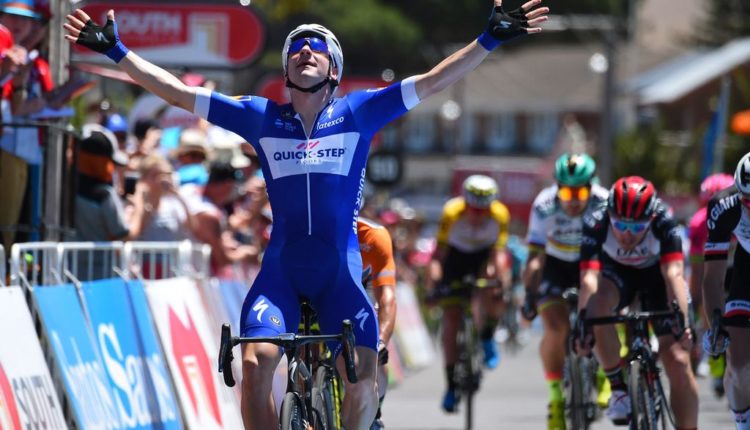 RBA/AFP — Italian Elia Viviani capitalized on a lapse in concentration from race leader Caleb Ewan to sweep past the Australian and claim the third stage of the UCI season-opening Tour Down Under in South Australia on Thursday.

Ewan and his Mitchelton-SCOTT teammates had the race well in hand with 500 meters of the sprint to go when the young Australian appeared to ease off in a bid to give teammate and final lead-out rider Alex Edmondson the stage win. But Viviani unleased a powerful sprint and Ewan was late to respond, allowing the Italian rider and Germany’s Phil Bauhaus to storm past in the final 100 metres.

The 146.5-kilometre stage from Glenelg on the Adelaide beachfront to the Fleurieu Peninsula town of Victor Harbor was shortened by 26.5-kilometres because of the extreme heatwave affecting the region, with temperatures reaching 42 degrees Celsius during Thursday’s racing. Viviani said he had tried to save his energy throughout the race and said his preparation on the track when he arrived in Australia had helped with his speed in the sprint finish. 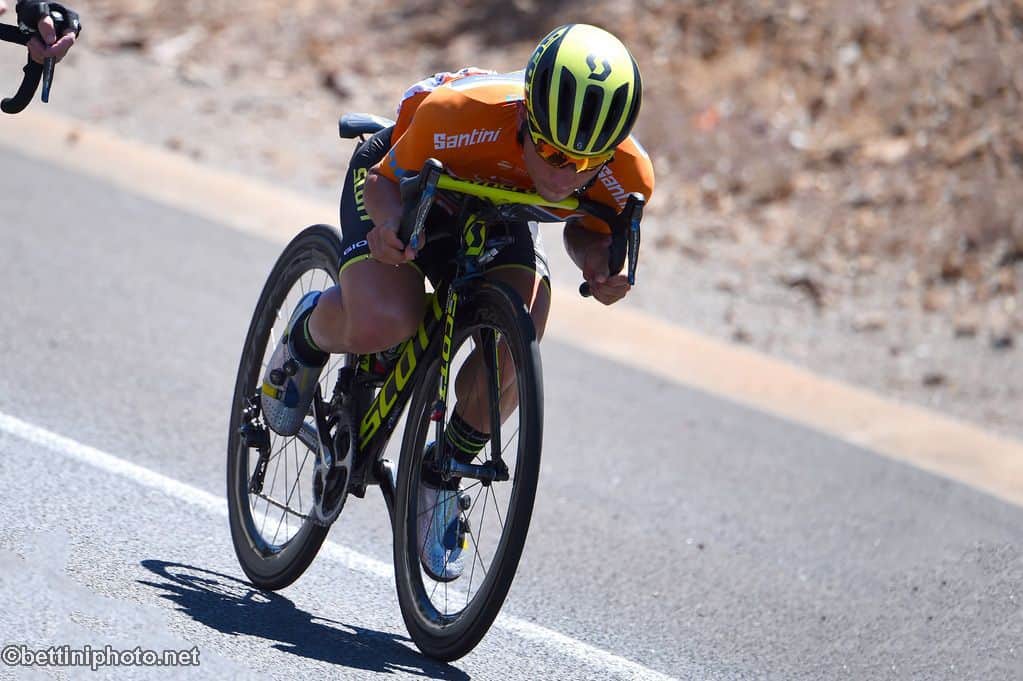 “It’s a really hot day, so it was quite a hard race because give too much of an effort and you are already out,” he said. “You need to save all the energy you can, until 200 metres to go and then try to be in a good position. “I always use the track and I come here 10 days before and I think in these 10 days it’s good to do some speed work. The speed helped today.”

The race began cautiously due to the weather but it soon took a familiar pattern when South Africa’s Nicholas Dlamini and Australian Scott Bowden, who have been in all three breaks of this year’s race, attacked and opened a three minute lead. Dlamini took the King of the Mountain points for the third day in a row and the pair stayed ahead until Dlamini dropped back to the peloton with 53 kilometers remaining, leaving Bowden on his own for another 30 kilometers until he too was reeled in.

Katusha rider Tiago Machado then launched an attack but he couldn’t get further than 15 seconds in front and he was eventually caught eight kilometers from home, leaving the race clear for the sprint teams to get into position. Mitchelton SCOTT controlled the race perfectly until Ewan’s lapse allowed Viviani to swoop. Ewan retained the ochre leader’s jersey with a 10-second gap over Viviani, who is four seconds ahead of South Africa’s Daryl Impey. Race favourite Richie Porte is expected to assert his authority on the next two stages, both of which have hilltop finishes. 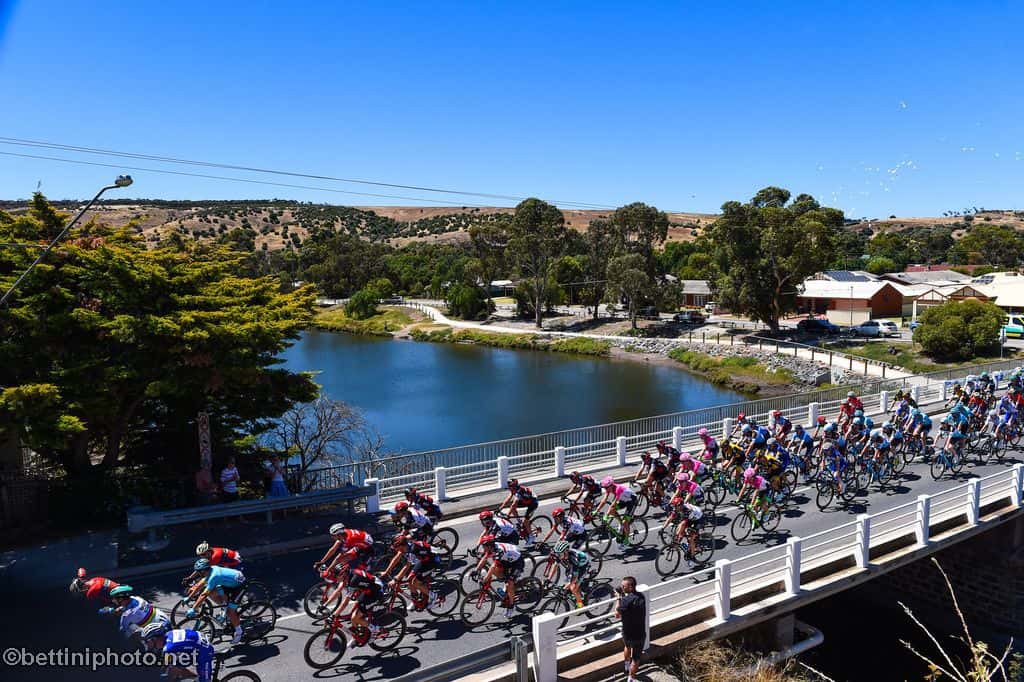 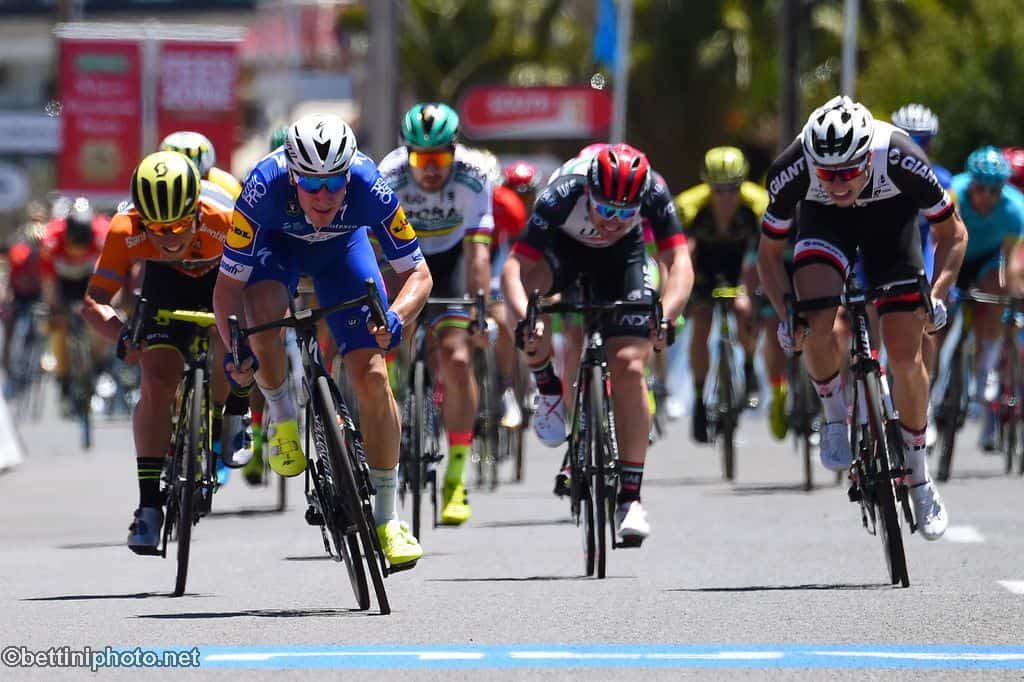