Düsseldorf, Germany, June 30, 2017 (AFP) – Nairo Quintana said the lack of time-trial kilometres will favour him at the Tour de France, which starts in Dusseldorf on Saturday. The 27-year-old Colombian comes into the race as one of the favorites having twice before finished second and come third last year — on each occasion when Chris Froome won the Tour. But knowing that he cannot rival Froome in the races against the clock, Quintana is happy to see just 36.5km of time-trialling in total, starting with Saturday’s 14km opening stage.

“It’s a little less penalising for me compared to other years,” said the Movistar team leader. “It’s true I will probably lose time but I’ll try not to lose too much. “It’s a little less worrying than the Giro, which had many more kilometres (of time-trials).” In May, Quintana missed out on a second Giro d’Italia crown by 31 seconds to time-trial specialist Tom Dumoulin. But in Italy there were 69km of time-trialling, during which time Quintana gave up 4min 21sec to the Dutchman, who surprised many by limiting his time losses in the high mountains.

But with just three mountain top finishes during the Tour, where Quintana is usually at his best, the Colombian agreed with Froome’s assessment that the eventual winner will have to be attack-minded on other stages where it is seemingly harder to gain time. “There are less mountain summit finishes so we will have to be much more audacious,” said Quintana. “There will be more strategy and movement (amongst the leading riders) — it will be an unusual Tour.”

Quintana changed his preparation for the Tour this year after his team determined following his victory at the Vuelta a Espana last year that the Colombian rides better in his second Grand Tour of the year than his first. But it meant he’s had only 33 days recovery since the grueling three-week Giro. “My preparation was a little different, unusual, but we’ve always been clear on our objective that the Tour is the most important. “I was in good shape at the end of the Giro and here I feel good and have good legs.

“I hope to be strong and I’m looking forward to shining in the mountains where I hope to make a difference.” However, Quintana acknowledged that, “if I could choose, I would have more
summit finishes”. Movistar team manager Eusebio Unzue insisted that regardless of the nature of the course, Quintana, who won the Giro in 2014 and Vuelta last year, is the man for the big occasion. “Nairo is a great Grand Tour rider, he’s a three-week rider. He’s always had great results and we can never stop believing in him,” said Unzue. 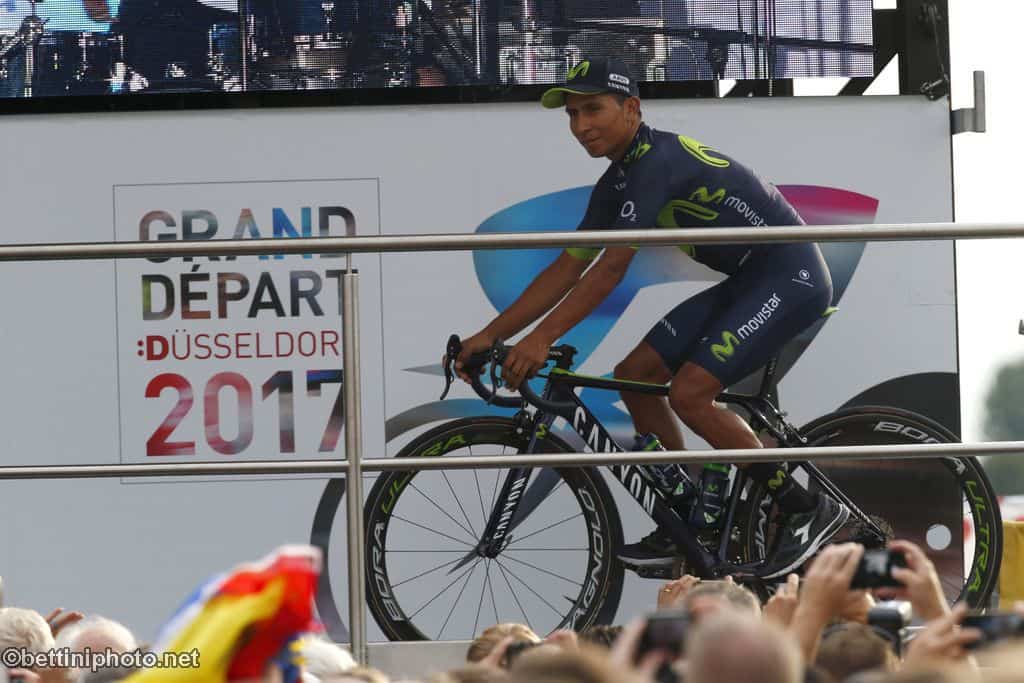