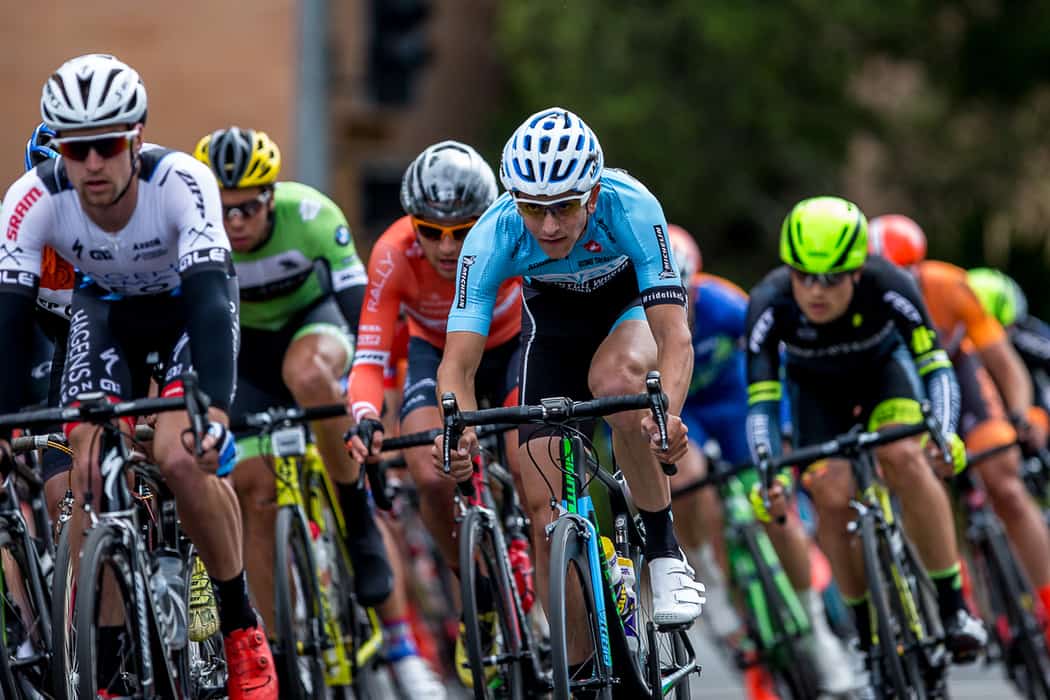 As we sit here building periodization models for some Source Endurance clients competing in elite events, we notice a general creeping of the National Championship calendar placement and the ripple effects from it. In 2010, the Masters National Championship events took place in early August. Coming up in 2017, that same anchor event on the US calendar will be done and gone before the calendar even flips over to start the month of July. And the Elite/U23 National Championships will be wrapped up in time for everyone to get home and shoot July 4th fireworks from their own driveway.

For many competitors, the national championship marks the end of their competitive season emotionally and practically (due to a lack of remaining events). The implications of such a large scale shift in the Elite and Masters championship race calendar are substantial. With the season significantly reduced, no longer can an athlete plan on “coming good” for what was traditionally seen as a late season race. The traditional method of “racing into shape” has now become incredibly difficult to effectively and reliably apply to this new calendar and earlier national championship date.   Excluding UCI professionals, the landscape of racing in the US has changed. Coaches and athletes should acknowledge that and adjust training to meet that demand.

The images below compare a theoretical annual periodization plan with real client accomplishment on the Performance Management Chart (PMC) with Chronic Intensity Load (CIL) in 2010 and 2011 as shown on Training Peaks WKO4. Both of these years featured the traditional, late season championship dates so they make good examples. You can also see the traditional base, build, race, peak phases of this client’s training.  Finally, you can see where the athlete started to show some exceptional performances from midseason to late season and also where they start to taper off for the year to being anew for the next season. 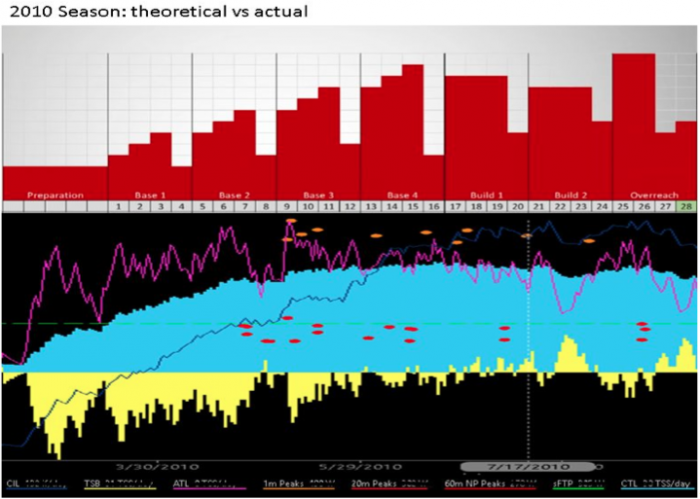 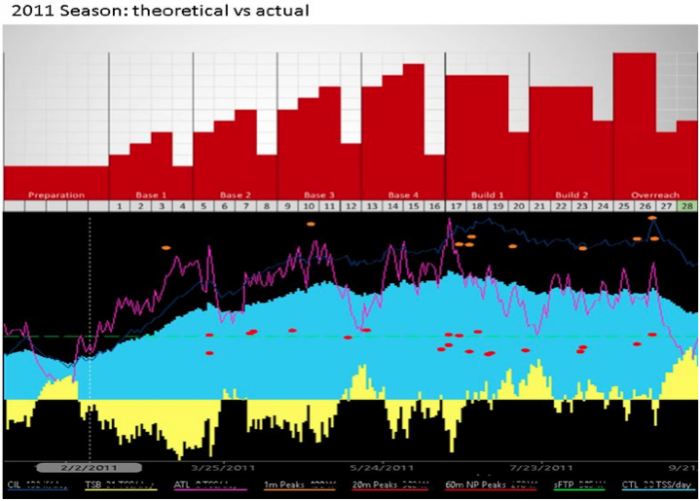 This January to August approach typically follows the pattern of the changing seasons. The above examples represent a tried and true method that many successful athletes, both professional and amateur alike are able to apply to their annual periodization model/ annual training plan (ATP) to the changing weather of the seasons as they cycle. And with those changes, come the races. Without the guidance of an experienced and trained professional, the formula is simple for this traditional approach: ride lots early, race early and often, and six months later, an athlete will have 24-30 raceable weekends in his/her legs and better fitness than they started with in February.  However, the ingredients that make this sort of annual racing plan are not necessarily applicable should the athlete want to make a focused push to success in the coming 2017 season.

Base season historically starts after the new year. For many of us, New Year’s Day is an emotional start to the upcoming competitive season. This is when we start coming to the conclusion that a sound fitness base needs to be under construction. So, many athletes will start out the new year with an epic ride, head on over their local training center, or ride whatever other trainer we have as we stare at a wall in the basement, maybe with a small television. That was appropriate when the season’s end was 8 months away. However, 2017’s competitive season will be ending in 6 months so you could already be well behind your fitness progression by January 1.

Racing starts locally in March in most regions in the US.  March has historically been a good time to start racing and would give an athlete ~6 months of competition before nationals in August. The cold snap in the air begins to diminish and good weather will become increasingly more reliable. Also, with the added daylight, training outside can again become the mainstay of an athlete’s regimen. Climate change has helped athletes as far north as Minneapolis maintain fitness over the winter and it’s now reasonable for them to assume warm weather in early spring which is a bonus for those with both a flexible schedule. But, for most athletes who rely on increased daylight as a necessary part of training, the window for an exceptional performance in mid-late June may have already closed as peak performance in June requires midseason form in March.

May and June tend to be thought of as “mid-season”. However, anyone who has raced the top tier events in the US can tell you those are brutal months of travel between difficult races. When the first official day of summer comes in late June, the race season is nearly complete.  Actually, a quick check in some of the biggest racing regions in the US show that in 2016 there were very few events after the Elite/ U23 National Championships over July 4 weekend. Compare that to 2010, when roughly 30% of the events were remaining on the calendar after Independence Day.

July and August are thought of as the “late season” or the “real season.” By now, the weather has been warm for an extended period of time and there have been a number of race weekends, weekly races and hard training. All of this helps an athlete develop an ability to produce high level performances. Typically, by this point in the season an athlete is sharpening the point and searching for the highest level of races attainable.  But now, Independence Day marks the end of the 2017 competitive season and the start of the fondo/fundo, gravel and other one day epic races/ events that athletes crave. Or, maybe, they get an early start on making a transition to cyclocross. Or, maybe, race promoters will see this dearth of events and fill the void in the race market?

On the surface, it seems simple, just move the entire annual training plan 25% earlier.  But that presents a number of other challenges. How do you execute base training during cyclocross or fondo season? How does one execute a solid build phase of training during the shortest, coldest days of the year? How is it possible to do all this if you live anywhere other than SoCal, Texas or Florida? Is there any way to hit your traditional July form in March/ April? In the next installment of this discussion, we’ll cover those questions and more.

About the Author:
Adam’s true talent comes with his ability to combine his vast experience with his knowledge of sport. He is indeed a student of science, sport, athletic performance, strategy, and tactics. He continuously educates himself by keeping up to date with current trends and methods in sport. Adam is able to incorporate these attributes to help his clients reach and exceed their goals whether they are a beginner or a seasoned professional. Learn more about Adam and Source Endurance here.