Earlier this week RBA editors noticed a targeted ad campaign on social media from Trek Bikes. The ad claims on March 19, Trek is releasing a new product that will “change cycling forever.” 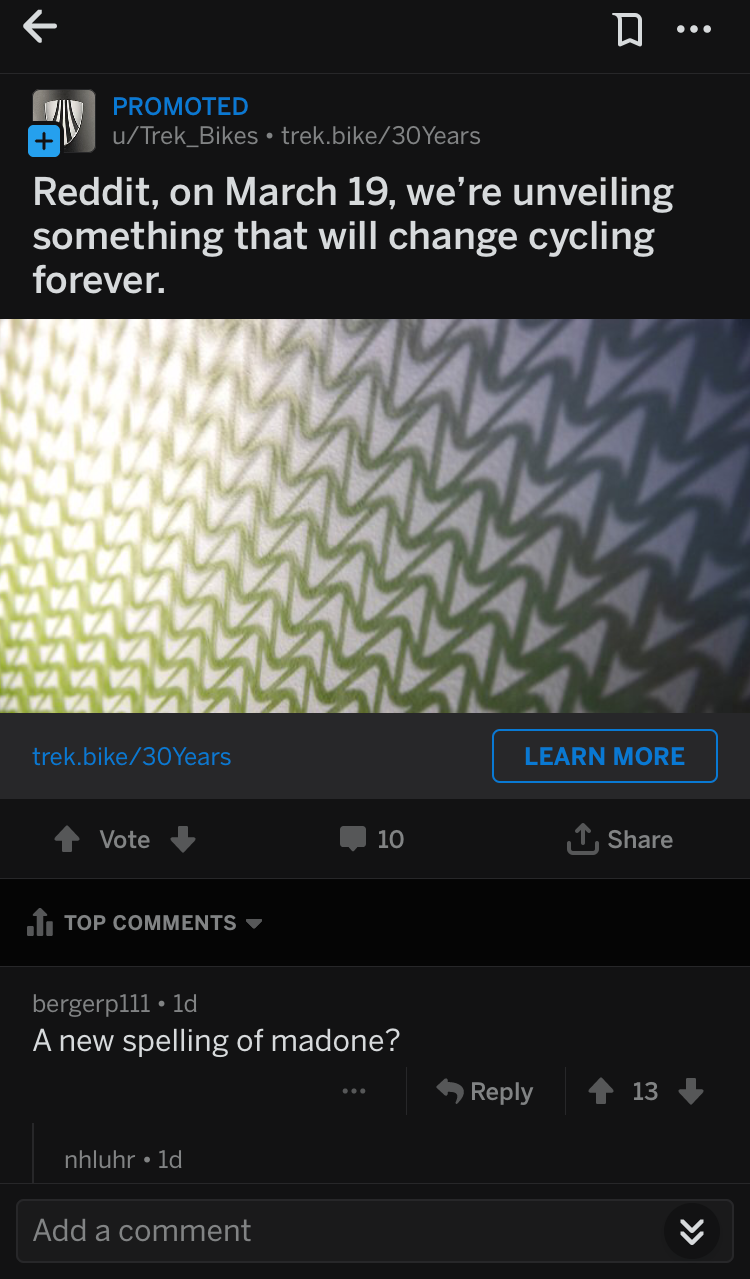 With such a bold claim we had to do some digging. After scouring the internet and the RBA archives we found the Trek 5000 released in 1989. It was the company’s first molded, all carbon frame. If Trek’s claims are true, we’re expecting to see a revolutionary new frame material.

A change like this happens once every 30 years. Be the first to know by signing up at the link in our bio.

Trek released a video to build some hype, it does appear to be a new material, but no information was released alongside. Trek has a new page on their site, where you can sign up to get the info as soon as it’s released. Check it out at: www.trekbikes.com

We don’t want to speculate, so we’ll let you, comment on our Facebook post what you think this could be, first correct and most creative answers posted in the comments before March 19th wins a RBA schwag bag.

(There will be multiple RBA schwag bags up for grabs let us know what you think it is.)