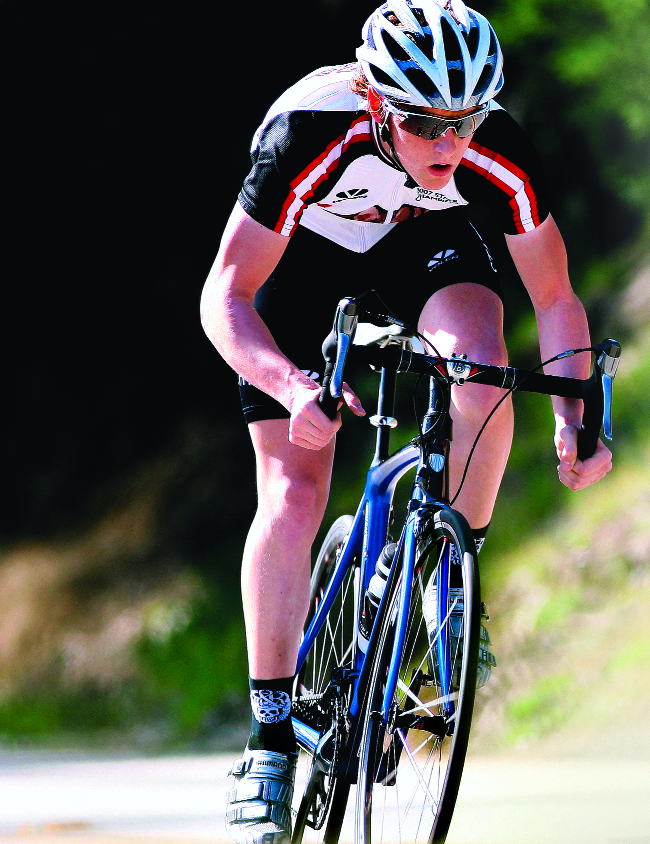 There’s no doubting that in the years since Lance Armstrong was winning the hearts and minds of cyclists and non-cyclists alike, Trek’s majority stake in carbon bike sales has slowed. Due to the advance of the competition and Trek’s own slowness in reinventing the Madone platform, many aspiring carbon bike owners began to look beyond the offerings from Wisconsin. So, Trek started all over. To get the job done, in the fall of 2006 Trek designers and engineers were literally put in a special room at Trek for three months to brainstorm the new design. Other than retaining the tried and true OCLV build process and the Madone name, they started over with a blank sheet of paper and redesigned the bike from the ground up. We first looked at the new Madone back in the October issue when we had a brief ride at the bike’s official rollout. Sure, the bike is all-new, but is it any better?


THE FRAME
One quick look at the new Madone 5.2 is all it takes to realize that the new Trek is in fact nothing like its similarly named predecessor. Every tube, every aspect of design has been altered, with probably the most telling being the asymmetrical chainstays. Besides the impressive array of individually sized and shaped tubes, a key frame element would have to be Trek’s version of the integrated seat mast. Trek came up with their own two-piece design that is basically an external seatpost, which allows 100 millimeters of adjustability. Trek took the extra step of making long and short seat mast tops available for personalized sizing. Also new for the 2008 Madone is the internal cable routing used for the rear brake cable. Early versions of the bike had the cable exiting the rear of the top tube on its left side, but rider complaint about knee contact prompted a change in cable exit from the top of the tube. Carbon molds don’t come cheap, so a tip of the hat to Trek for maintaining enough molds to build seven different size frames (50, 52, 54, 56, 58, 60 and 62 centimeters).

THE PARTS
Our Madone 5.2 features a collection of house brand Bontrager components including the Bontrager VR (variable radius) handlebars, which are a cross between an anatomic and a classic bend bar (that Lance preferred), Race Lite wheels, and the newly designed Race Lite saddle. The new saddle took us two or three rides and then we started to really like it, due to the ability to sit further back in the saddle while climbing or descending. We have yet to embrace the ‘saw the frame to fit’ technique that integrated seatmasts require. As much as we applaud Trek’s effort to maximize the benefits of the integrated seat mast, due to the clamp design and difficulty in getting consistent seat height, we’d have to say that they got it half right. The drivetrain on our 5.2 was the over-achieving Ultegra SL (53/39, 12-25) and it performed well in all situations, but we did notice the braking strength on fast and technical descents was noticeably less powerful than its more expensive brother, Dura-Ace.

THE RIDE
The 5.2 was stable and comfortable on all types of surfaces. It handled well on bumpy and uneven surfaces and exhibited a noticeable glide on smoother roads. On climbs it was predictable and consistent, and on descents it was faster than we would have expected. For the higher-end group, the bike is not super-light at 16.2 pounds (Trek falls on the conservative side of the carbon weight issue), but the design, ride and experience made the weight not noticeable.

THE VERDICT
The Madone totally belies its racing heritage and design intent-it never felt like a race bike. More than anything, it shone as an all-around, long-day-in-the-saddle bike. As impressive as the Madone 5.2 is, it’s worth noting also that Trek made it possible while retaining the higher built-in costs of American manufacturing. The Madone 5.2 is a lot of bike and ride for the money. Test rider after test rider commented that during group rides the bike stood out as a higher-end Madone and performed really well for the price. Yeah, the old Madone served Lance well, but he’s probably bummed that he never got to race this bike.