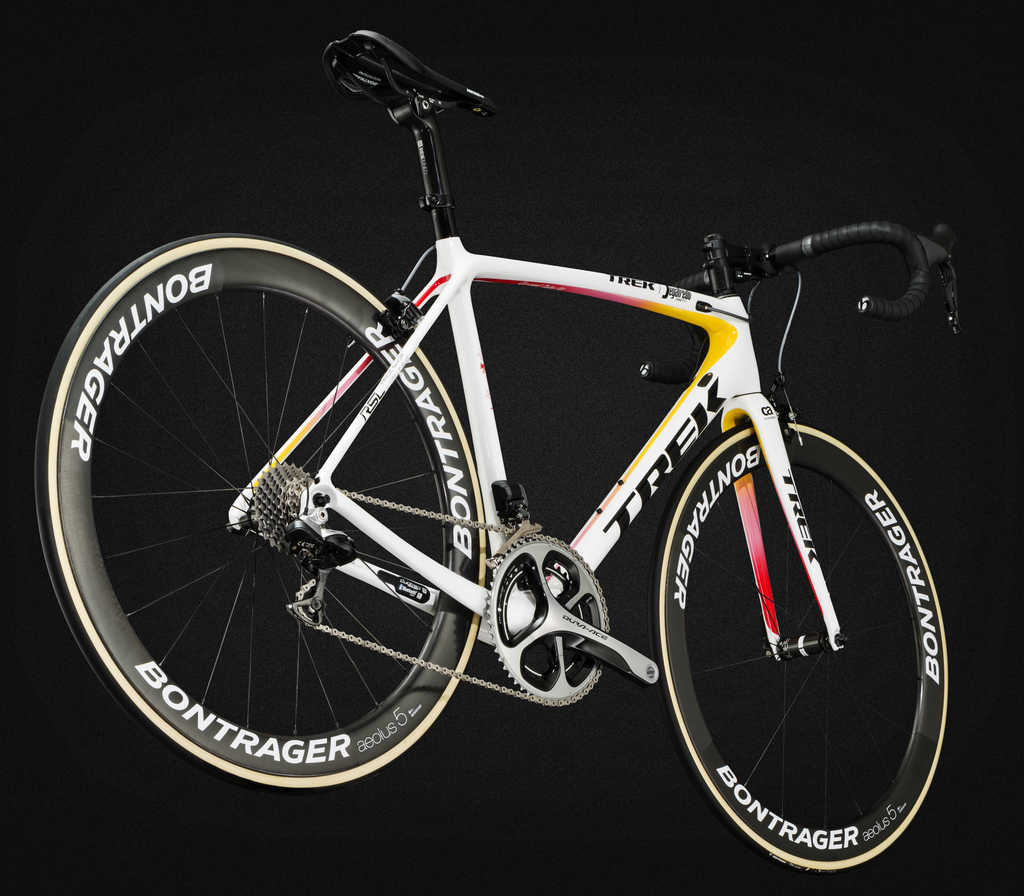 Trek Bicycle has unveiled a custom paint scheme that honors the extraordinary achievements of Trek-Segafredo’s Alberto Contador, one of the few cyclists in history to have earned victories in all three Grand Tours—the Tour de France, Giro d’Italia, and Vuelta a España. The Alberto Contador Grand Tour Celebración Émonda SLR is available now to riders around the world through Project One, Trek’s custom bike program.
The 34-year-old Spaniard joined Trek-Segafredo this season with an eye on the year’s most important stage races—first and foremost, the Tour de France. 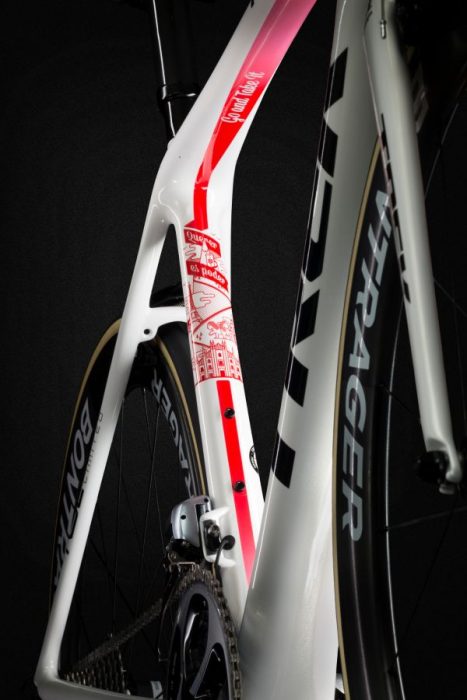 Conceptualized by Trek graphic designer Micah Moran, Alberto Contador Grand Tour Celebración draws inspiration from the architecture, iconography, and colors of the three Grand Tours. The white and gold pearl base is complemented by red, pink, and yellow details referencing the leader’s jerseys of the three Grand Tours. The words “Querer es poder” are emblazoned on the seat tube, an addition to the bike’s creative by Contador himself. Loosely translated it means, “Where there is a will, there is a way.”
The bike also features intricate artwork highlighting historic landmarks of the Grand Tours—including the Duomo in Milan, the Eiffel Tower in Paris, and the Plaza de Cibeles in Madrid—along with a representation of the tower from Contador’s hometown of Pinto, Spain, near Madrid.
Each Alberto Contador Grand Tour Celebración Émonda is hand-painted at Trek’s global headquarters in Waterloo, Wisconsin, and available immediately to riders everywhere exclusively through Project One.