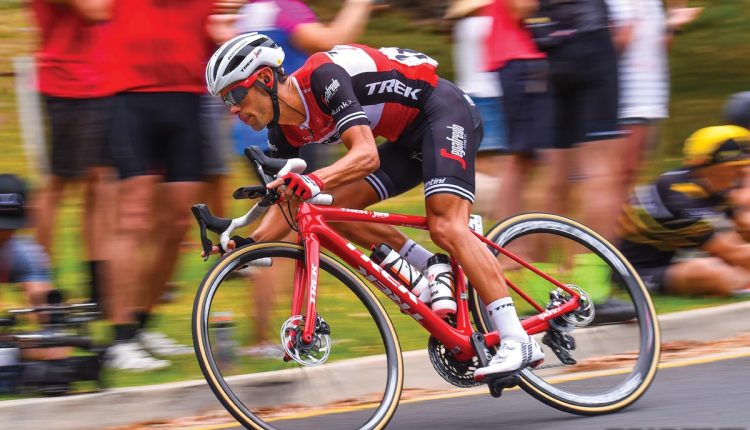 The racing may have stopped, but that doesn’t mean the race bikes are any less interesting to look at. Here’s what the stable of Trek/Segafredo team bikes look like out in the wild and unencumbered by the riders themselves. For 2020 the team riders have a choice of three different models – basically, an anagram of race bikes: the aero Madone, the Domane that features the same Isospeed suspension as the Madone, and the Emonda “climbing bike”. 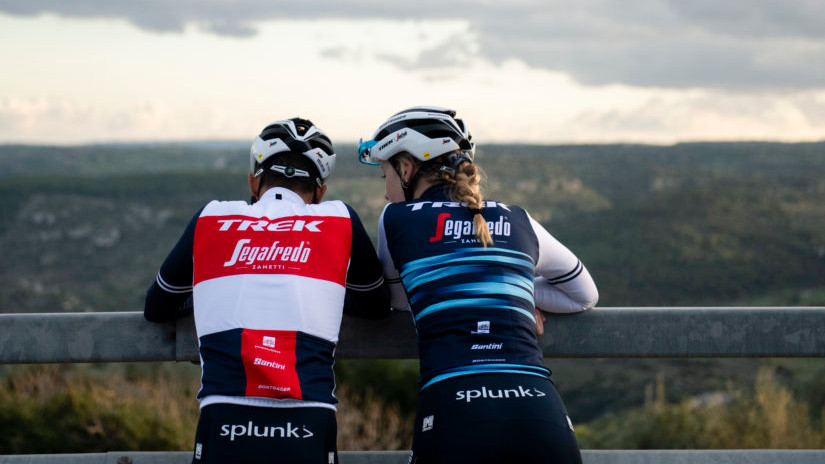 Like all progressive teams Trek has embraced modernity and the optimum stopping power  disc brakes. SRAM is the drivetrain/brake brand of choice, and while its not surprising to find in-house brand Bontrager wheels used throughout, the team has decked Bontrager tires in favor of the Italian Pirelli rubber. All of the other components come are drawn from the Bontrager catalog.