Trek-Segafredo to Start their season at Santos Tour Down Under

Less than one week from now, the Trek-Segafredo women will make their debut in the Women’s World Tour peloton. Six months have passed since Trek Bikes announced they would launch their own women’s team at the highest level of road racing. Now the time has come to reap the rewards of those months of preparations and go and take it.

The whole team, both riders and staff, are looking forward to making a big entry. Director, Ina-Yoko Teutenberg set the ambitions high:

“We are all excited about 2019 finally starting. The races come early and it is hard to peak for them but we come with a solid group of riders to the Australian races and for sure we want to be part of the action and will try to go home with at least one win in the bag.” 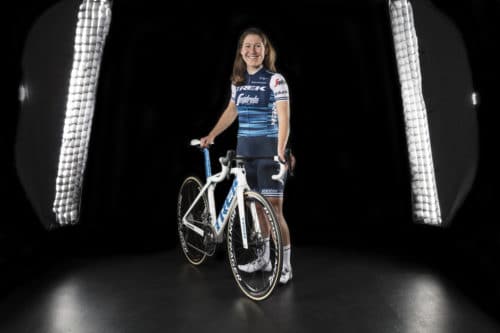 “I’m really looking forward to racing Santos Women’s Tour Down Under. My family don’t get to watch me race that often so it’s really special for me to be able to start my season in Australia with my new team. I’ve always enjoyed the racing and the atmosphere that surrounds the TDU and it’s a great way to kick off my year with Trek-Segafredo.”

“The Tour Down Under is always a goal for me in the start of the season and it’s a joy to race in Adelaide every January. Obviously, riding my first race with Trek-Segafredo in Australia, I will be extra motivated to start with a good showing on GC and hope to continue the Willunga success. There is to be a very strong bunch of GC favorites racing who want to win the race so I know I’ll need to be on top of my game and I will be!”

Porte has won the glorious Willunga Hill stage 5 years in a row and is aiming to make that 6. One change this year’s event is that the Willunga Hill Stage is no longer the penultimate stage but has been moved to the very last day of the Santos Tour Down Under, making the battle for GC last until the final kilometers of the race. William Clarke (AUS), Koen de Kort (NED), Ryan Mullen (IRL), Jarlinson Pantano (COL), Kiel Reijnen (USA) and Peter Stetina (USA) will all be highly motivated to help Porte in his ambitions to ride a strong GC and continue his success on Willunga Hill.

The Pros and Cons of Protein Powder for Endurance Athletes