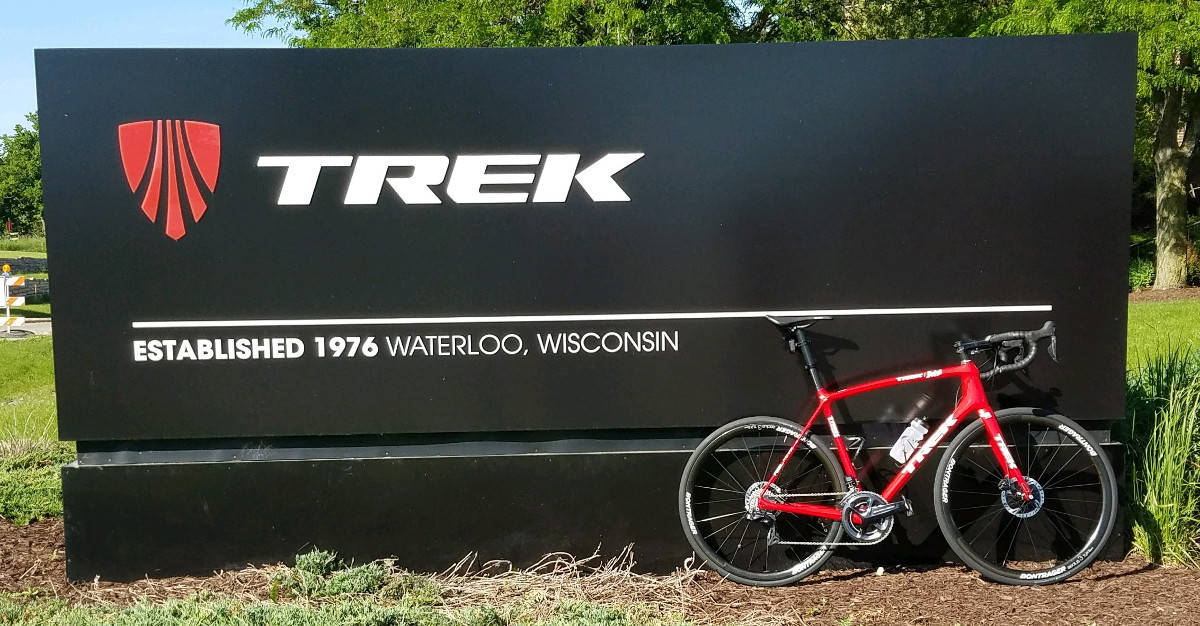 For the last few years Trek has offered a trio of road bikes designed for the specific wants and needs of specific minded cyclists. Looking for a road bike with aero attributes? The Madone is for you. Want some industry leading and race winning compliance (nee suspension)? Have a look at the Domane. For those cyclists who always keep one eye on the scale, the lightweight Emonda was the intended option.

Trek rolled the first iteration of the Emonda out at a pre-Tour de France launch in the English countryside in 2014. With a claimed frame weight of 690 grams, Trek spoke highly of it being the lightest production bike ever made. At the time, a legitimate “lightweight” racing frame would weigh in the neighborhood of 750-900 grams. 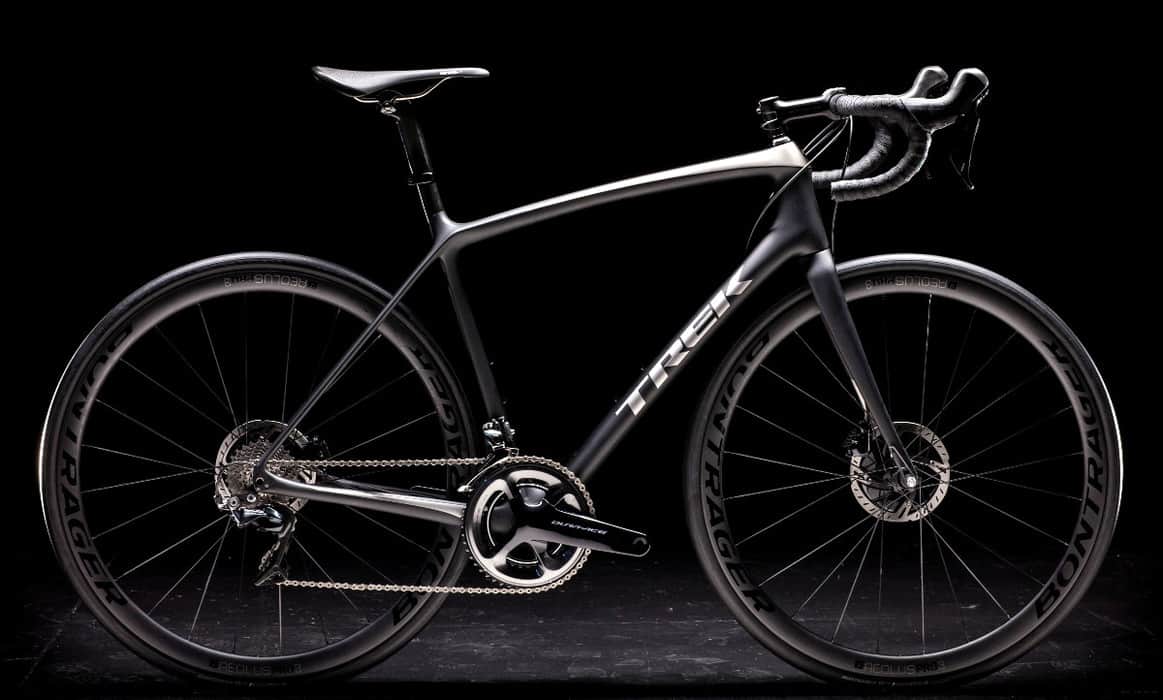 The new (rim braked) Emonda has shed 50 grams for a startling low 640 gram weight (56 cm frame with clear coat) with the disc model weighing 25 grams more. All levels of the new Emonda are now made in Asia at a factory Trek says is as equally versed in maintaining the standards of their proprietary OCLV carbon production that’s found with the one road bike still made in Waterloo, the H1 Madone.

While the frame maintains many of Trek’s standard details; the Ride Tuned seat mast, E2 tapered headtube, H1 and H2 geometry, BB90 bottom bracket and their chainstay mounted DuoTrap computer, the frame tube shapes have all been redesigned, and new and improved laminate lay-up schedules were created to produce more efficient manufacturing.

Speaking to the more modern trends, both the rim and disc braked Emondas are friendly to 28mm tires with the disc bike thankfully losing the seatstay bridge to provide a big picture rear triangle. The disc bike uses flat mount brakes and 12mm thru-axles. 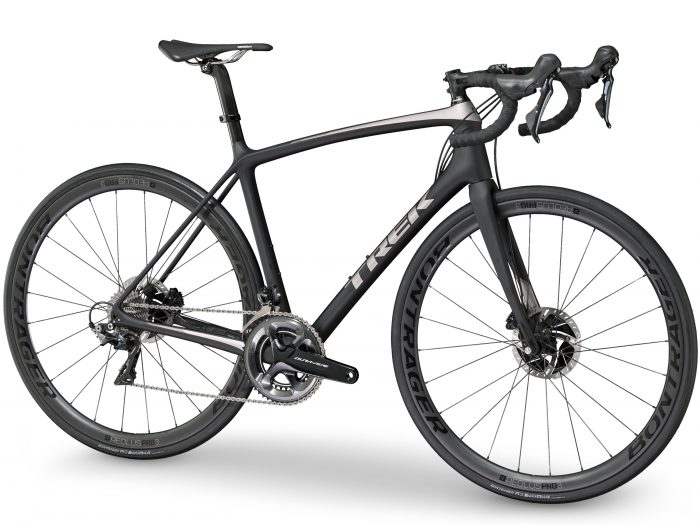 Still, any bike with disc brakes that hits the scales the neighborhood of 15 pounds is impressive. Over hill and dale, the Emonda exhibited great acceleration, and of course thanks to the Shimano disc brakes, excellent stopping power. What stood out most was how stiff the bike felt. Under hard power to keep up with the Voigt’s “easy” pace, the Emonda felt steady and straight, even during fast, descending corners.

Unfortunately, the one thing I wasn’t able to control was tire pressure (we were told the bikes were running around 80psi) and even with the 28mm tires I never noticed any uptick in compliance. Especially over broken pavement and short gravel sections, the overall ride quality felt more race than comfort oriented. 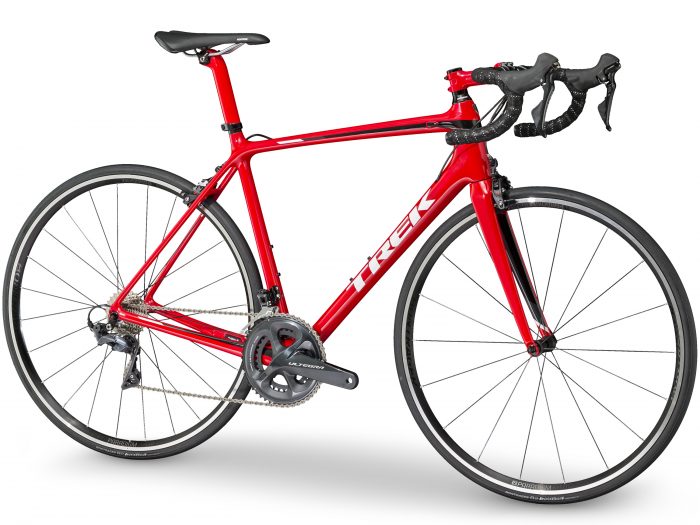 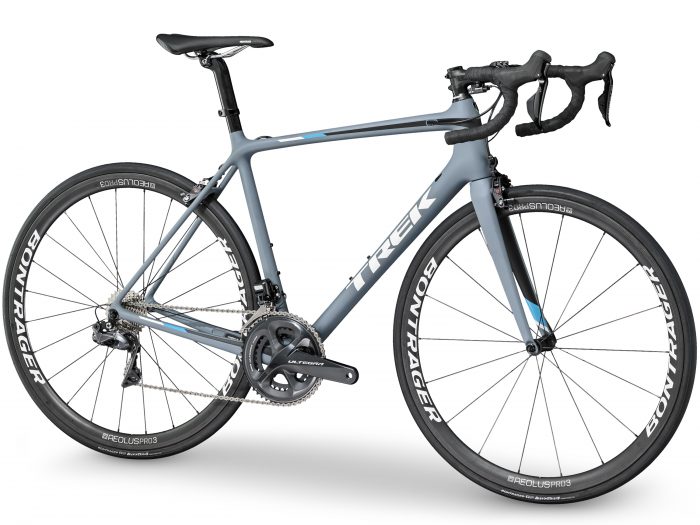 For the coming season, Trek is making the Emonda available in three different frame platforms: the top level Emonda SLR with three models: 9, 8, and 6 plus two framesets; the mid-level Emonda SL with 7 models plus a frameset; and the entry-level aluminum AL with four models. As of the launch there were no prices made available for either the SLR or AL models, but we were told the SL version will hit the market in a sub $2000 price point. www.trekbikes.com