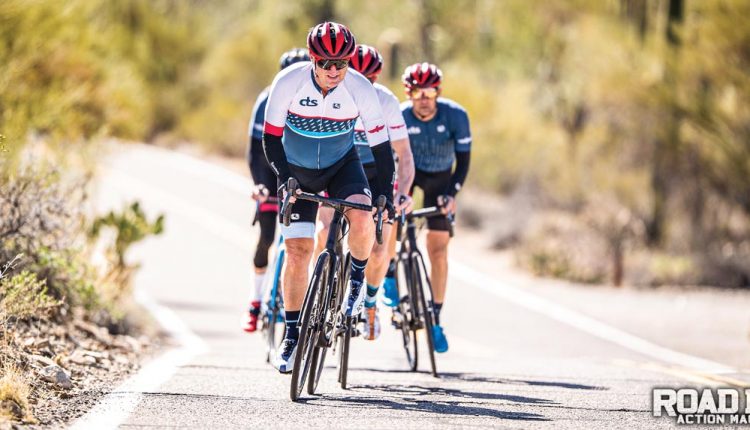 Science doesn’t often make discoveries completely out of the blue. Many times, science confirms what we already know and provides insights into how something works. Training with power is one example, and now we can add braking power!

Before the cycling power meter existed, we knew intuitively that more power was a good thing, and we knew fundamentally how to increase power output with training. The power meter quantified that intuition and allowed coaches and athletes to become far more precise in how we train to maximize power production.

Where the crank-, hub- or pedal-based power meter offers insight into how a cyclist produces power for
propulsion, the braking power meter measures the force used for braking, duration of braking and the angular velocity of the wheel. With these measurements you can calculate braking power and braking work in joules. Essentially, you’re using the exact same measurements as a propulsion power meter but applied to a disc brake rotor.

“Before the cycling power meter existed, we knew intuitively that more power was a good thing, and we knew fundamentally how to increase power output with training. The power meter quantified that intuition and allowed coaches and athletes to become far more precise in how we train to maximize power production.”

In a study published in Sports Biomechanics in January 2018, Miller and his colleagues used the braking power meter to show that elite-level cross-country mountain bike racers maintained consistent lap times during a time trial, despite declining propulsive power, by learning to brake less lap after lap. According to the study, “Overall brake work and brake time were reduced in lap three by 9.2 and 4.6 percent, respectively; henceforth, these changes in braking counterbalanced a 6.7-percent reduction in propulsive power, as highlighted by less than 1-percent difference in lap time.” The drop in propulsive power output was almost completely compensated for by improved braking.

I look forward to seeing a commercially available brake power meter, because I think it will give mountain bikers, road and gravel cyclists, and cyclocross racers a tangible way to see how they actually brake and whether changes they make really lead to improvement. But even before we can measure your individual braking behaviors, you can take advantage of what has already been learned.

Previous work showed braking later and more powerfully to be a faster strategy than braking more gradually because you spend more time at a higher speed and then decelerate more quickly. As long as the resulting minimum speeds are similar, the work and time required to regain speed will also be similar. While that sounds great on paper, nearly every cyclist has experienced the negative consequences of coming in hot and slamming on the brakes. Whether you’re on road, gravel or trail, the effectiveness of a late-braking strategy depends on traction—and practice.

Learning to brake late means learning to keep your hands off the brakes longer as you approach a turn. The fundamental skills of braking and cornering still apply—use both brakes, complete most of your deceleration before the turn, look where you want to go and keep your center of gravity closer to the wheels by leaning the bike more than your body. It is essential to practice late braking somewhere with minimal consequences for failure, like an empty parking lot or a grass field. A narrow descent with a guardrail or the likelihood of ending up across the yellow line is a terrible place to practice.

The technology for slowing a bicycle has never been better. Disc brakes offer greater braking power with less hand strength and allow for larger tires for improved traction under braking. Even rim brakes and brake pads are better than they were years ago, and yet many cyclists I see at events are more fearful and timid about descending and cornering.

Descending is free speed, yet I see athletes spend months training to go one minute faster up a 20-minute climb only to lose two minutes creeping down the descent. I get it; nobody wants to crash. But this isn’t about being a daredevil; it’s about having confidence in your ability to control your speed. Many times the problem isn’t in the corners; it’s a reluctance to let go of the brakes and pick up speed between the corners and a tendency to start braking very early before turns.

Grabbing a handful of brakes has never yielded a more predictable and safe result than it does today, but you have to experience it to trust in it. When I work with athletes on skills, we progress from practicing rapid braking on flat ground and then a gentle downhill straightaway before practicing on a descent with gentle curves.

My goal isn’t to push you to take greater risk; it’s to increase confidence that you can slow down predictably and under control. Greater braking confidence leads to greater comfort with speed, which allows you to take advantage of braking strategies, including braking more powerfully over shorter distances that save time without costing you
more energy.