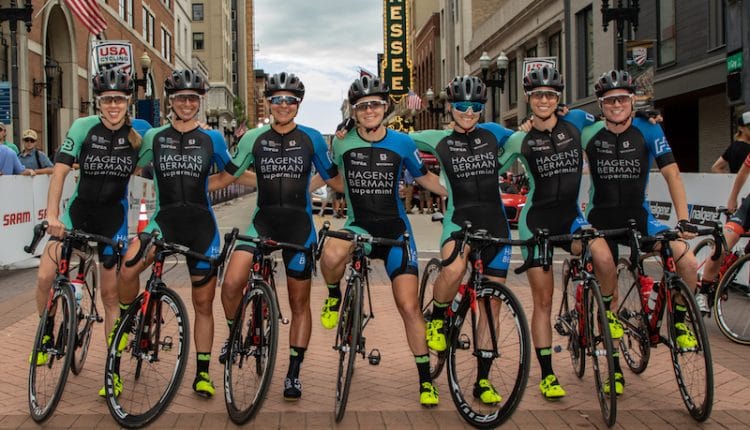 We check in with Part 2 of our two part U.S. Pro Championship series with Jess Cerra and Allie Dragoo to find out how their U.S. professional championship road race went. You can find Part 1 here where we talked with the two professional’s prior to the road race on how they felt and what their plans were.

Jess, how did the national championship road race play out?

Our team plan was to race for Lily Williams who recently won Winston-Salem. With some major European hitters in the race, you really need a strong team to accomplish a podium goal at Pro Road Nats. Our DS, Tad Hamilton, told Julie to “whack it from the gun.” She did. That set Liza and myself up to launch attack after attack. Liza eventually went clear for over a lap. From there Whitney, Jen and I had to continue to attack to whittle down the field.

Lindsay was to save herself to be with Lily on the last lap. Jen found herself in the break of the day, which was not caught until the climb on the 9th and final lap. Lindsay and I led the team into the final climb, and then we were both done. Once the small group that was left, which included Lily, caught Jen, Jen worked to keep the group going, so no others could catch on. In the end, Lily finished 5th! Which is a huge result in the field that we were racing in.

How did you feel out there during the race?

I felt amazing. I had great legs and was able to launch attack after attack and still make it over the climb and stay in the front group until the end. This is one of those scenarios where it shows how hard a race like this actually is. That it takes a whole team attacking over the course of 70 miles to break down a peloton.

Are you happy with your race and the team?

I feel incredibly proud and happy. Yes, we wanted to win this race. Yes, I think we are capable of it. But, we stuck to the plan and raced as a solid unit. Lily is a talent and she will get her stars and stripes if we stick together.

Looking back, what do you think could have been done differently?

Honestly, this was day where the plan was executed perfectly, but we were up against a lot of talent. And in the end we were the 5th best.

The hardest part of the race?

THE CLIMB! You need great positioning into the climb so you can react to the pace of attacks or whoever is driving it. There is nothing more frustrating than looking 200 feet up the road and seeing half the peloton has already disappeared around the corner. This climb is a stair step climb that averages 11% and kicks up to 18%. The heat and humidity feels like a hot, wet blanket. The pace is brutal and each lap is different so you have to be ready for everything. 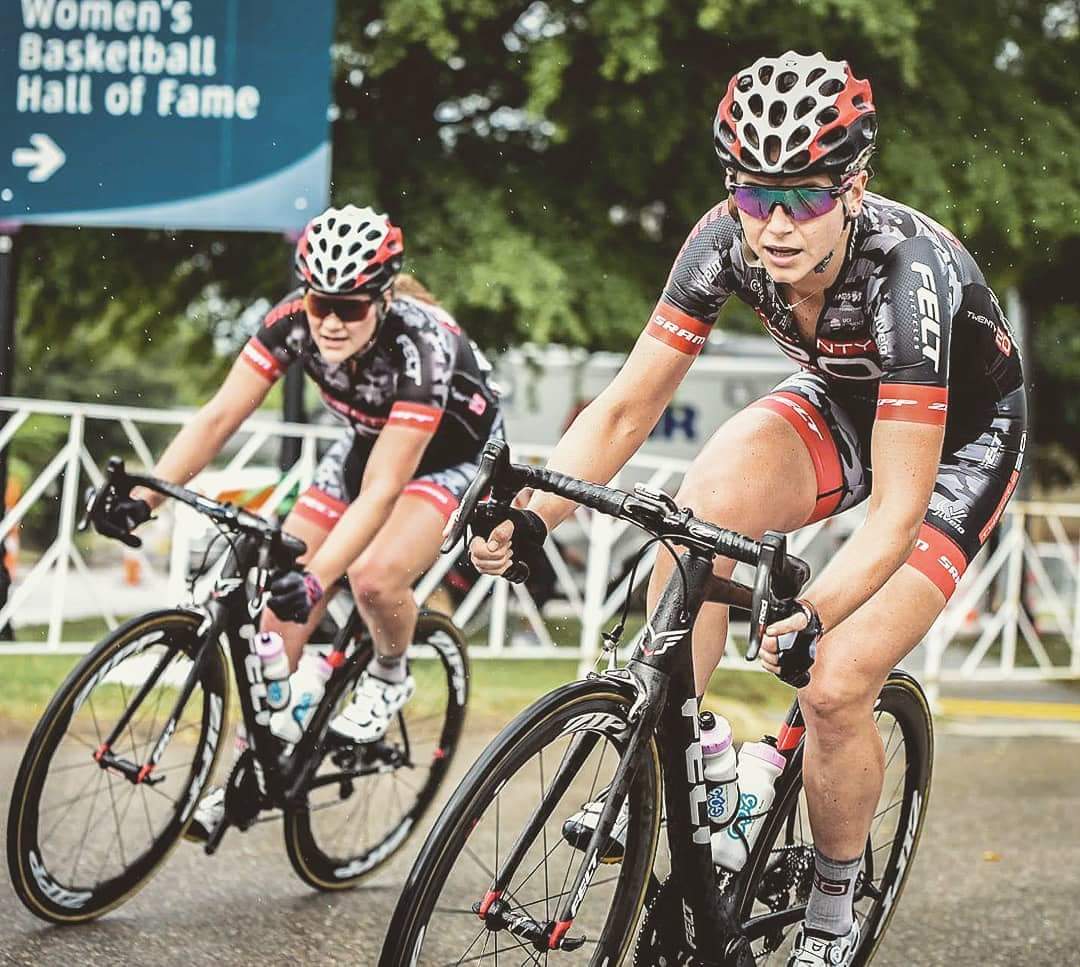 Allie, how did the national championship road race play out?

The races started from the gun- my teammate Dani Moorshead, covered anything that was early which was important for us during the end of the race. Part way through my teammate, Margot Clyne, and a Rally member were off the front for several laps. This was impressive and great coverage for TWENTY20. I was not having the best day and my legs were a bit behind. The least I could do was be on the radio talking to my teammates and reminding them to eat, drink, conserve and encourage them. Going up and over the climb the on the last lap I was popped. Very unfortunate, but that’s bike racing- it doesn’t always look the way I want it to. Shayna Powless was riding very strong and was in the lead group going over the first climb on the last lap and she unfortunately flatted. Erica Clevenger was also riding very strong while covering moves or at least being present in moves that did not stick.

How did you feel out there during the race?

I really felt okay, I was just struggling to find my climbing legs. I could chase back on but unfortunately too many times chasing causes fatigue and as mentioned earlier, I was popped on the climb. My performance did not have anything to do with the heat or humidity- I’d say I was well acclimated and well trained/rested going into the race. It was just, “one of those days.” At least there is more racing to come!

Are you happy with your race and the team?

Looking back, what do you think could have been done differently?

I could have positioned better on the climb and sagged back a bit better.

The hardest part of the race?

I’d say that going from the gun took my by surprise but the climb was definitely the hardest for me. I really had to pace myself because I was already having a hard time climbing that day.