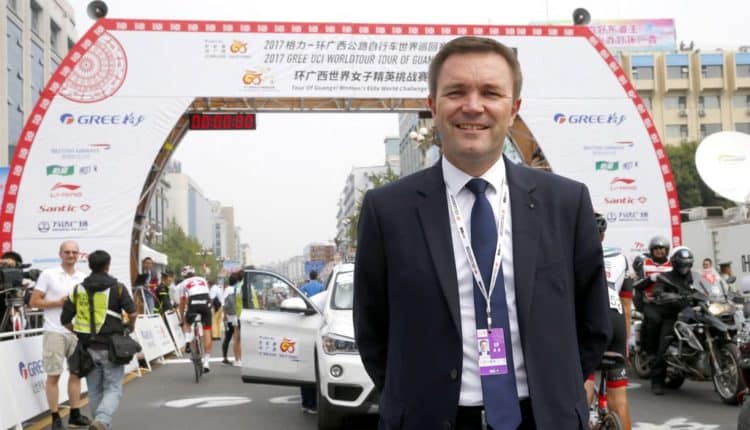 RBA/AFP – International Cycling Union president David Lappartient wants Team Sky investigated “to see if there is some violation of anti-doping rules” after British lawmakers accused the outfit of “crossing an ethical line”.

The call came after revelations that 2012 Tour de France winner Bradley Wiggins had applied for therapeutic use exemptions (TUEs) to have injections of the powerful corticosteroid triamcinolone.

Britain’s Digital, Culture, Media and Sport committee claimed Team Sky and Wiggins, a five-time Olympic champion, had used the banned drug not for medical purposes as a treatment for asthma but to enhance performance. Describing the findings of the report as “unacceptable”, Lappartient said they could “affect the global credibility of the sport”.

Team Sky and Wiggins have strongly denied the claims and say any medication they have used has been for legitimate reasons and within UCI and World Anti Doping Agency rules. But Lappartient, commenting on the report, told the BBC: “If you are using substances to increase your performances, I think this is exactly what is cheating.”

Lappartient said he now wanted the UCI’s independent anti-doping division to investigate. “We have the Cycling Anti-Doping Foundation (CADF), they have the power of investigation. I would like them to do this, to see if there is some violation of anti-doping rules,” he added. “They had at the time the TUE agreement but now we have the evidence that it seems to be organised.”

Wiggins said this week that he only used prescribed drugs for valid medical reasons and when asked if he categorically denied cheating, added: “A hundred per cent. “This is malicious. This is someone trying to smear me. These allegations, it’s the worst thing to be accused of.”

Sky said Wednesday that they are “happy to co-operate with any investigation” by thee UCI. But added: “While we have acknowledged past failings, we strongly deny the very serious new allegations about the use of medication to enhance performance, as does Bradley Wiggins.

“Furthermore, we are concerned that the committee presented these unsubstantiated allegations without providing evidence to support them, which is fundamentally unfair to the team and its riders.”

Meanwhile, Lappartient also has four-time Tour de France winner Chris Froome in his sights after the Briton returned an adverse drug test result during his Vuelta a Espana victory in September.

Froome, 32, has the right to continue riding because salbutamol, the substance that showed up in the test, is an anti-asthma drug which can be taken legally and so does not lead to an automatic ban.

“We need to have a decision as soon as possible for Chris Froome himself, for his team, for us, for cycling,” said Lappartient on Wednesday. “Of course we have to respect the rights of Chris Froome to defend what he thinks and what he believes with experts. So that’s why it’s taking some time.” Lappartient added to have such a prominent rider under suspicion at the Tour de France in July “would be a disaster for the image of cycling, even if on a legal point of view he has a right to ride”.