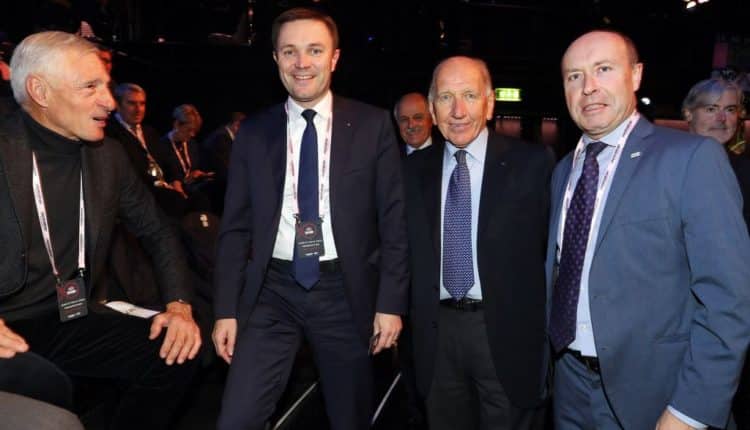 RBA/AFP – The International Cycling Union (UCI) will Wednesday unveil a beefed-up set of measures and an arsenal of methods to detect so-called mechanical doping.

When Frenchman David Lappartient took over the UCI in September, he promised to deliver a package of measures to tackle the menace of miniature motors in professional cycling, ahead of the current season. Lappartient has appointed the 2014 Tour de France runner-up Jean-Christophe Peraud, a trained engineer, to manage a commission looking into the issue.

Femke Van den Driessche became the first competitive cyclist to be found using a motorised bike in 2016 at the junior world cyclo-cross championships, an offence which saw the Belgian national junior champion receive a six-year ban from the International Cycling Union. The suspicion is that tiny motors hidden in the frame of a bike are being temporarily switched on at key moments of races such as climbs or when riding into headwinds.

At a meeting in Geneva on Wednesday Lappartient is set to unveil a series of fresh measures. “This problem is of key importance,” says the UCI chief. “We will of course be using x-rays, thermal cameras and detectors and physical dismantling (of bikes),” Lappartient said. “But there are other technologies that can be used.”

“We shall set to work in the world of research in order to create a method whereby television images will reveal sudden surges of power and detect anomalies right away,” the UCI president explained.

The UCI has turned to the CEA, the French Alternative Energies and Atomic Energy Commission, whose general director Gabriele Fioni will be present at Wednesday’s meeting.

“We will announce on Wednesday an action plan for 2018 of research to develop an infallible and complete detection method for the future, and we will be working together with the CEA to develop this,” the UCI said. American entrepreneur Bob Stapleton, the former boss of the Columbia cycling team, a current UCI executive and leader of the body’s ‘technological fraud’ department, will also attend.

Only a handful of other cases of mechanical fraud have been detected. In October 2017 a 43-year-old amateur cyclist was snared in a targeted sting operation and caught riding a motorized bicycle in a competition in France before admitting to using the bike in five races over the previous three months.

A 53-year-old Italian, Alessandro Andreoli, was also caught out in 2017 at a race in Italy following a tip-off to organizers. He admitted to using a motorized bike after a thermal camera had been used to identify a motor, but later claimed he was innocent.