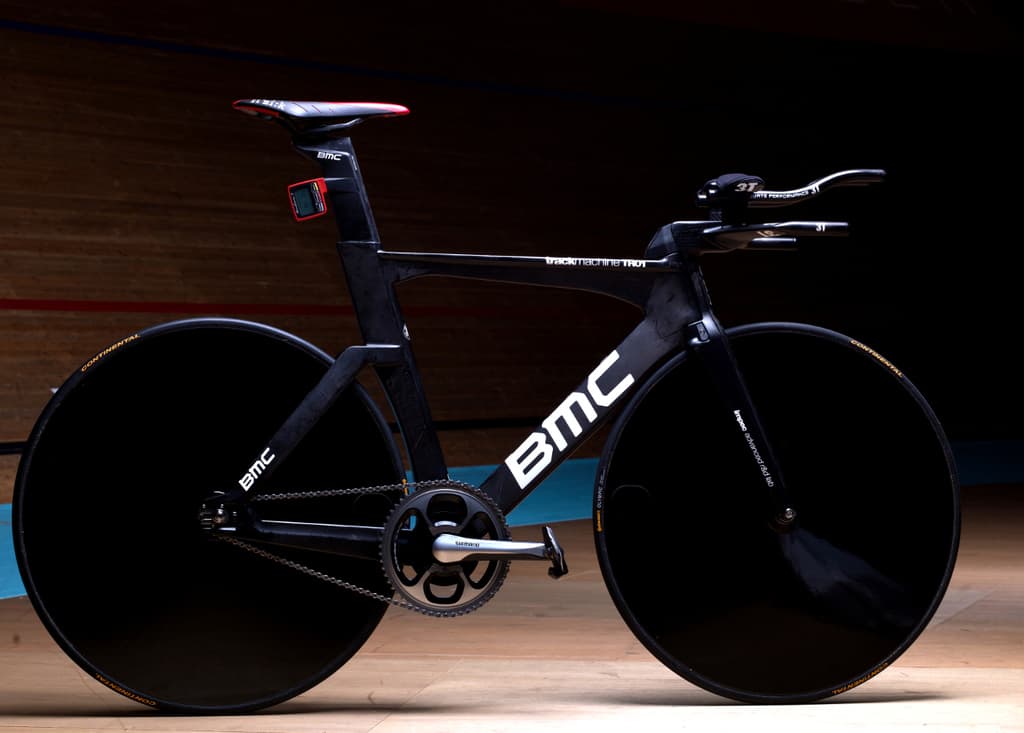 The BMC Racing Team time-triallist and all-rounder Rohan Dennis will make his attempt to break the UCI Hour Record across the road from the BMC Switzerland global headquarters at the Velodrome Suisse in Grenchen, Switzerland this Sunday the 8th of February. Dennis, 24, is an Australian powerhouse, an Olympic silver medalist on the track (Team Pursuit, London Olympics 2012) and a time-trial specialist. An intrinsic member of the BMC Racing Team that won the Team Time Trial World Championship gold medal last summer, Rohan confirmed his fitness in 2015 already – by taking second place in the Australian National Time Trial Championships and winning the 2015 Santos Tour Down Under.

· The complete aero package known as “subA” has an ultra-lean frontal area and integrated full-carbon hinge fork, 3:1 teardrop and truncated tube shapes, and tripwire technology – making the Trackmachine the most slippery machine found on the boards.

· SubA, combined with “p2p” (position-to-perform) triangle concept stem, pairs the aero advantage and a rider’s perfect position for an advantage like none other. To the wind, the Trackmachine TR01 is a true enemy.

· The full carbon construction of the machine makes for a feathery complete bike weight of 6.45kg. However, to accommodate UCI regulations the bike used in the UCI Hour Record attempt will have a fighting weight of 6.8kg.

According to Stefan Christ, Head of Product at BMC Switzerland “Rohan is a superb athlete and it is our duty to match his athletic capabilities with a bike of that same caliber. Some minor modifications to influence the aerodynamics and stiffness have been made to Rohan’s Trackmachine TR01. We felt these were necessary to ensure that Rohan’s bike is optimized to take on this highly specific challenge.” The already space-age aerodynamic performance of the Trackmachine TR01 is astounding as an Omnium bike, but there was still room for marginal gains.

The talented engineers of BMC’s Impec Advanced R&D Lab – made some customizations to an off-the-shelf BMC Trackmachine TR01 with a custom-molded cockpit. Having polished his preferred aerodynamic position at training camp in Spain just before Christmas, Dennis’ cockpit measurements were quickly delivered to the BMC headquarters. With measured precision and detailed work, engineers then mated the existing BMC Trackmachine 01 hinge fork and p2p stem to a 3T Brezza II Nano LTD handlebar using the most advanced composites in the cycling industry. The final product accommodates Dennis’ position, while blending the shapes of the cockpit into very aerodynamically pleasing form; increasing front-end stiffness for the grueling standing-start.

Customized Drivetrain Componentry
BMC’s Impec Advanced R&D Lab have contributed further advancements in customized drivetrain componentry to cater to Dennis’ preferred crank and stance width. The time invested in training has left him most confident on his Shimano 9000 SRM-equipped road racing cranks. To create a perfect chain line for the non-track crank set, engineers at the Impec Advanced R&D Lab have also designed and milled custom-spaced track cogs to maximize drivetrain efficiency – no Watt shall be wasted. Armed with a standard BMC Trackmachine TR01 frameset, support from the Impec Advanced R&D Lab and measureable performance data, Dennis is equipped to battle the shadows of prior record holders.