Up Close With Gerard Vroomen & The 3T Strada 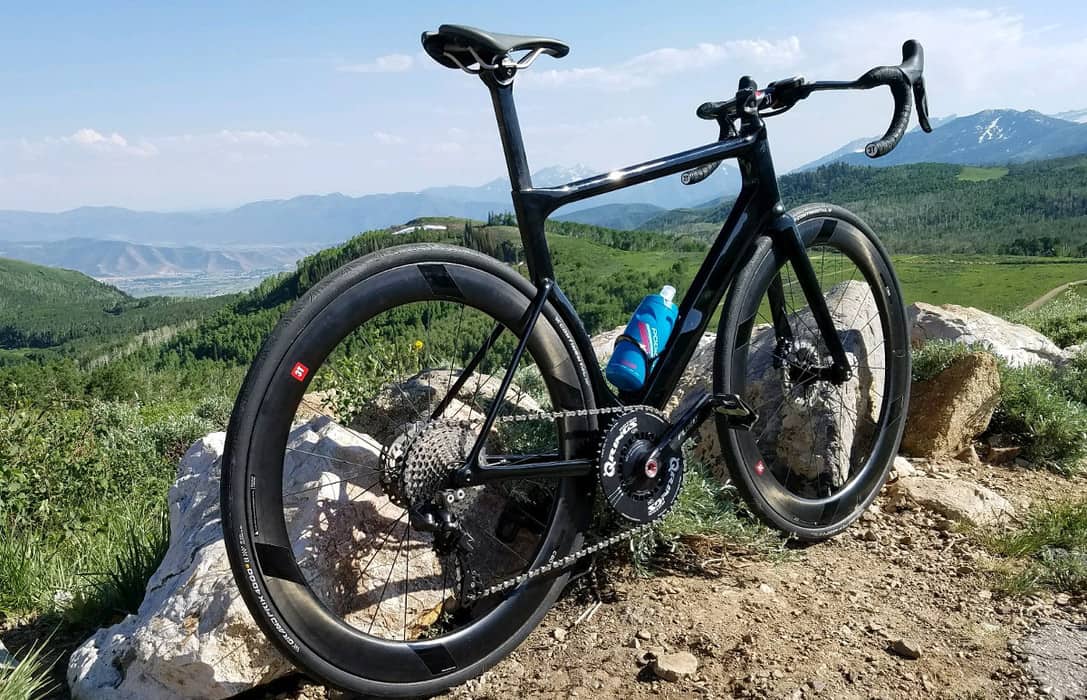 Just as occurred at Press Camp last year when he rolled out his radical 3T Exploro aero gravel bike,  Gerard Vroomen once again upstaged all others this years when he used the Deer Valley setting to unveil his latest version of this season’s most-talked-about-bike, the 3T Strada road bike.

3T (Tecno Tubo Torino) is a legacy Italian component maker born in 1961 that specialized in tubing and had long been a leader in designing and manufacturing stems and handlebars used by World & Tour de France champions alike. Over the years the brand made the jump from aluminum to carbon fiber, yet despite carrying on with both progressive designs and their winning ways, 3T nonetheless became a brand lost in the forest and somewhat irrelevant in the mind of many a contemporary cyclists’ mind – especially in America where appreciation of history is short-lived.

Thanks in large part to Gerard taking a hand in the company, in the last few years, the company has enjoyed a resurgence of finances, energy and direction with a variety of new components, wheels  – and now frames – that epitomize the most modern of cycling trends.

THE START OF THE STRADA 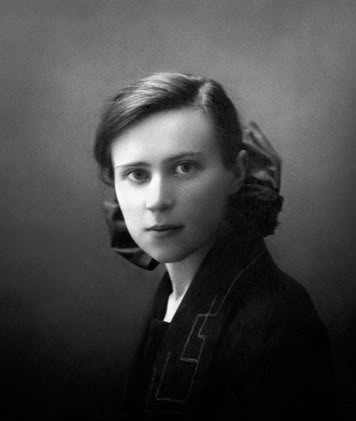 Typical of any presentation from Gerard, as talk of development of the3T Strada began, the discussion quickly focused on things less related to cycling. Specifically, he introduced me to Bluma Zeigarnik (left), a noted psychiatrist who developed the Zeigarnik effect theory that “states that people remember uncompleted or interrupted tasks better than completed tasks”.

As we sat his his room with a view at the Silver Baron Lodge, Gerard referred to this theory as the origins of the Strada’s design. In short, Gerard spoke to certain design cues and applications that he had thought about years previously, but never utilized – until now. Given his history at Cervelo, maximizing “aero” elements has always played a major role in Gerard’s frame designs. However, beyond tube shapes, using a 1x drivetrain had also been a key, but untested formula floating in his mind that came back to him with the Strada. Thank you Bluma!

Gerard said he opted for the 1x drivetrain for two reasons: simplicity and aero cleanliness. With air coming off the front wheel and downtube, he cited the front derailleur and second chainring as two detractors in maintaining the cleanest air possible. “In the last 20 years there have been plenty of different aero designs, but no one has ever focused on the drivetrain,” he said.

In the couple of years that I have come to know Gerard, two things have become obvious – he is never afraid to upset the status quo and he is man of conviction. Yea! “Look,” he says in a slightly admonishing tone, “there are already enough bikes on the market for everybody. This bike is not for them. It’s disc and 1x specific and if that doesn’t suit you, fine, you will find plenty of other bikes out there not like this one.”

Gerard’s take on:
* Big tires: “You give up so little with bigger tires, but gain so much. When is the last time you, or anyone you know, ever finished a ride and wished that they had been using smaller tires?”

* Bike designers: “It’s not only our responsibility keep re-inventing,  but to figure out the design of a bike. That’s not the consumer’s job.  Making bikes for both disc and rims brakes is like a cop-out. We need to make a choice, commit to it and be content knowing it’s not for everybody.”

* 1x drivetrains: “Remember when we went from 10 to 11 speeds? Did that change your life? Ten years ago the 1x was not possible with just 8-9 gears.”

* The similarities between the 3T Strada and his earlier Cervelo designs: “The P3 did many things well…what, just because I did something for Cervelo that was good, for my own bike I have to do something stupid?!”

The Strada will be available in four sizes as complete bikes and a frame/fork option. The claimed frame weight is 970 grams with the unique 3T Fundi fork weighing 395 cranks. The bike will accept either 140 or 160mm flat mount rotors. Although it wasn’t available at Press Camp, 3T will be introducing their own wide ratio cluster in the coming months.

IN ADDITION TO THE BIKE 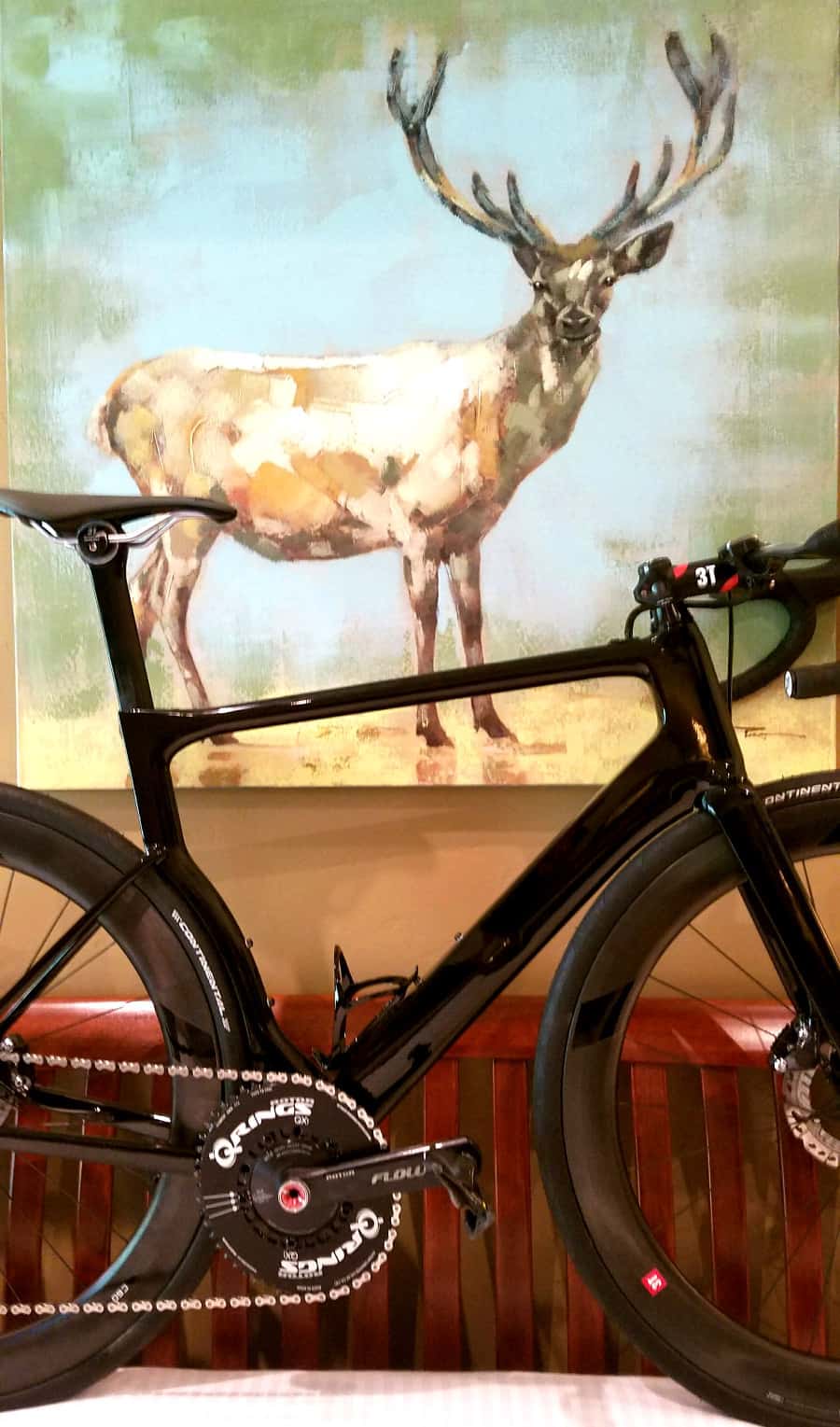