Rigoberto Uran said his second place behind Chris Froome at the Tour de France had confirmed Colombia’s status as a great cycling nation.

It’s the third time that a Colombian will finish second at the Tour after Nairo Quintana in 2013 and 2015 — each time behind Froome. “Colombia is used to coming second with Nairo,” said Uran, 30. “In that way it has confirmed the greatness of cycling in Colombia. “There are a lot more good riders, lots of talent coming up behind. Cycling is still great in Colombia.”

Colombians have been racking up top Grand Tour finishes for several years now with Uran twice a runner-up at the Giro d’Italia, once to Quintana. Esteban Chaves was second at the Giro last year and then third at the Vuelta a Espana, while Quintana has won both of those races. “Second place is a great result,” added Uran, who also won the ninth stage. “I think the appraisal is very good, coming second and winning a stage. “Coming second at the Tour is the best result of my sporting career,” added Uran, who won a silver medal in the Olympic road race in London in 2012.

This year’s race almost ended in disaster for the Cannondale rider, though, as he bumped into a safety hoarding on a tight turn coming into the Velodrome stadium in the final 100 meters of Saturday’s 22.5km race against the clock in Marseille. It only cost him a few seconds but he was close to coming off his bike.

“It was very tough, we all take risks. I didn’t take the last corner well and almost crashed.” But in the end it made no difference as he finished 54sec behind Froome and 1min 26sec ahead of Romain Bardet in third. The two of them had started the day within 30sec of Froome and genuinely holding hopes of pulling off a sensational victory.

“We knew what we were up against and that it would be difficult to take first place off Froome, but I’m more than happy,” added Uran, a former Sky team-mate of the four-time champion. But he pointed to the opening stage time-trial in Dusseldorf as the main difference between him and Froome.

He lost 51sec to the Briton under grey skies and pouring rain that day. “The key for me in the Tour with respect to Froome was the 51 seconds I lost in the opening stage time-trial in Dusseldorf,” he said. “In the mountains there wasn’t much difference and I improved a lot.” 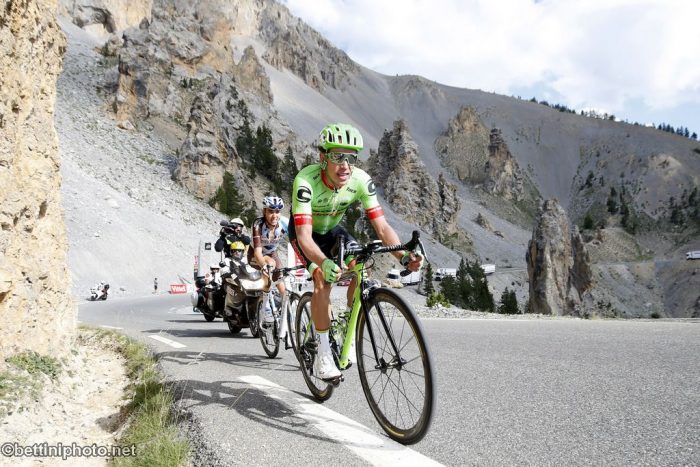