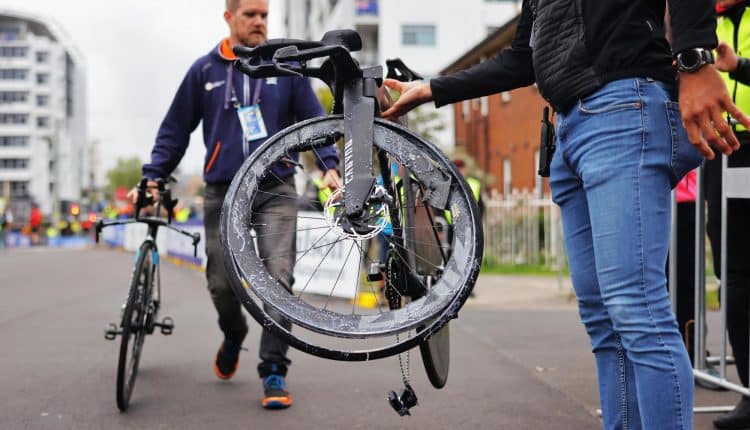 Olympic champion Annemiek van Vleuten suffered a fractured right elbow in the time-trial mixed relay at the cycling world championships on Wednesday, casting doubt on her participation in the road race on Saturday. The Dutch had a disastrous mixed relay in Wollongong. Bauke Mollema’s chain came off during the men’s leg event leaving the women’s trio with time to make up. Van Vleuten crashed heavily just seconds after rolling down the ramp with what looked like a mechanical problem. Bruised and battered, she sat on the side of the road with cuts to her leg.

“Looks like the tire exploded” she tweeted “after hitting the side of the road”.

Van Vleuten, who is 39, won the Tour de France, Giro and Vuelta to sweep the women’s major tours this season.

Don't know what happened but looks the tire exploded after I did hit the side of the road. So that was not the problem. Something caused I got out of balance, but what ever caused it: it will not help or change my situation. Now in the hospital. 🤞🤞 https://t.co/ApGAY4YITt

“Back from hospital” in Wollongong, she later posted above a picture showing her lying on her back as her two team-mates headed up the road.

“Stable fracture elbow, no surgery needed. I am allowed to ride my bike, but depends on pain and need to be sensible. Hope I can sleep. At least I can already laugh about this picture.”

Back from hospital Wollongong (super support there🙏!). Stable fracture elbow, no surgery needed. I am allowed to ride my bike, but depends on pain and needs to be sensible. Hope I can sleep. At least I can already laugh about this picture 🤣😉⬇️ pic.twitter.com/xCIEVDEcth

The Dutch Cycling Federation issued a statement saying a decision on whether she would participate in Saturday’s road race, in which she was a heavy favorite, would be made “later this week”.

“Annemiek is allowed to race,” it said. “But the question is obviously how much pain she is in. We will see that in a few days.”

The time-trial mixed relay was won by the Swiss team powered by European champions Stefan Bissegger and Marlen Reusser. 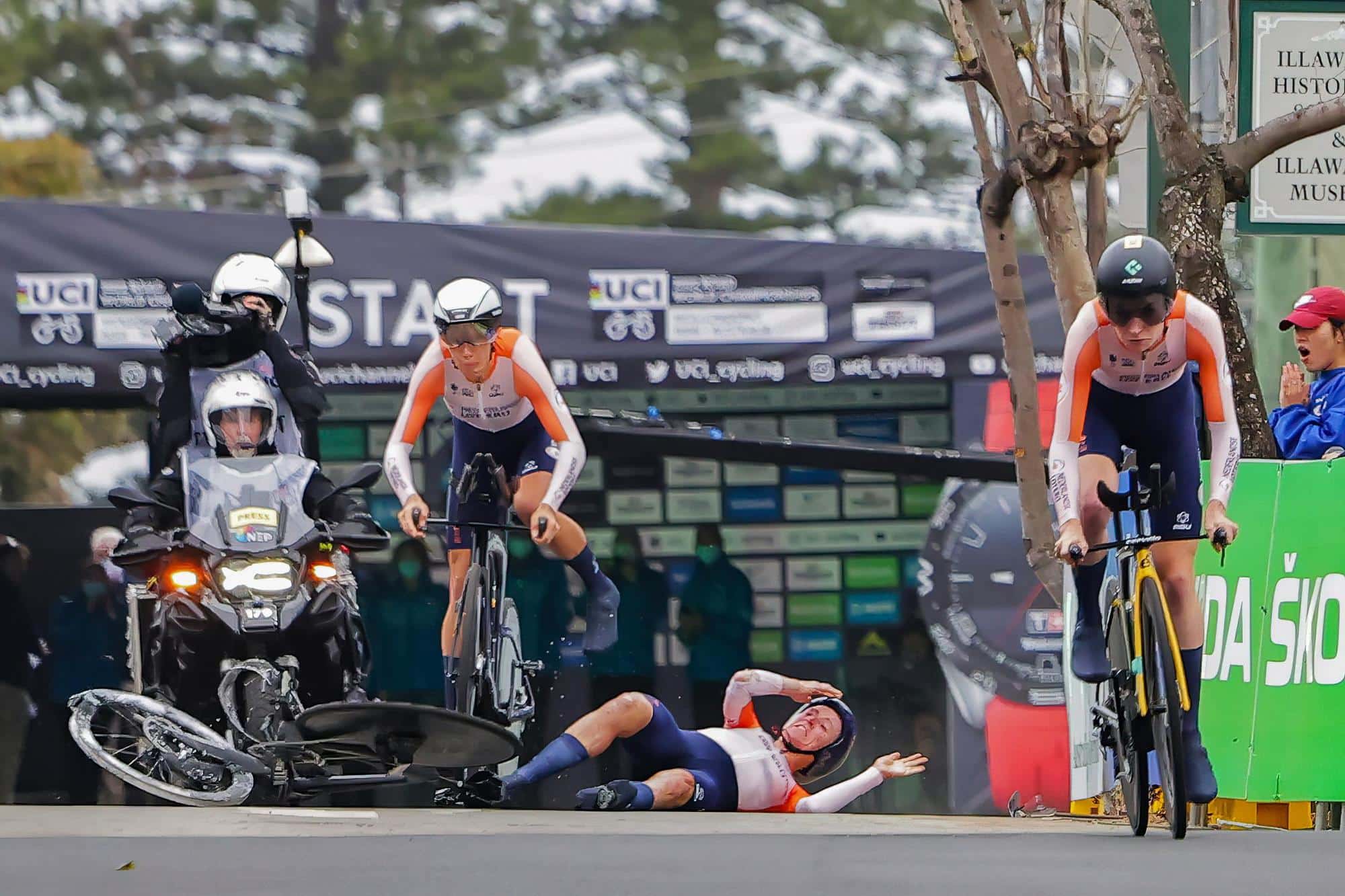 FROM THROTTLES TO PEDALS & THE DISCOVERY OF CYCLOCROSS

WATCH: CALL OF A LIFE TIME