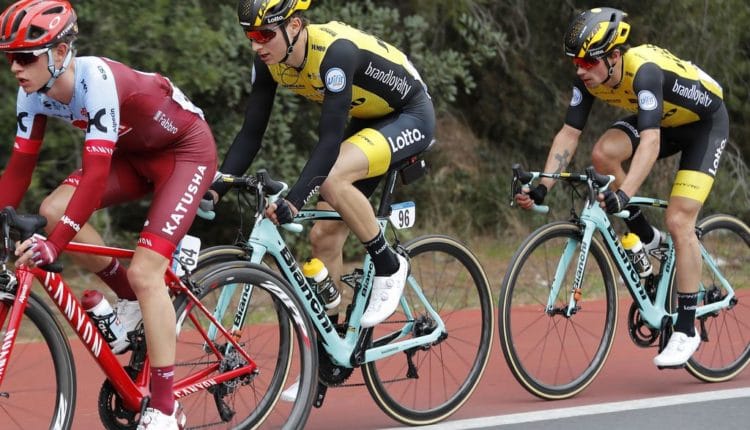 We were able to catch up with the two new American neo – pros which now race for the Netherlands World Tour squad LottoNL – Jumbo on the day prior to stage 1 of this year’s Tour of California.

Sepp Kuss is a 23 year old Colorado native who had a surprisingly quick trajectory in the cycling realm as his mountain bike back ground got him onto an amateur cycling team where he had break out results in 2016 that landed him on the Rally Cycling continental squad. He spent the ’17 season with Rally again before being picked up by the World Tour squad LottoNL – Jumbo. 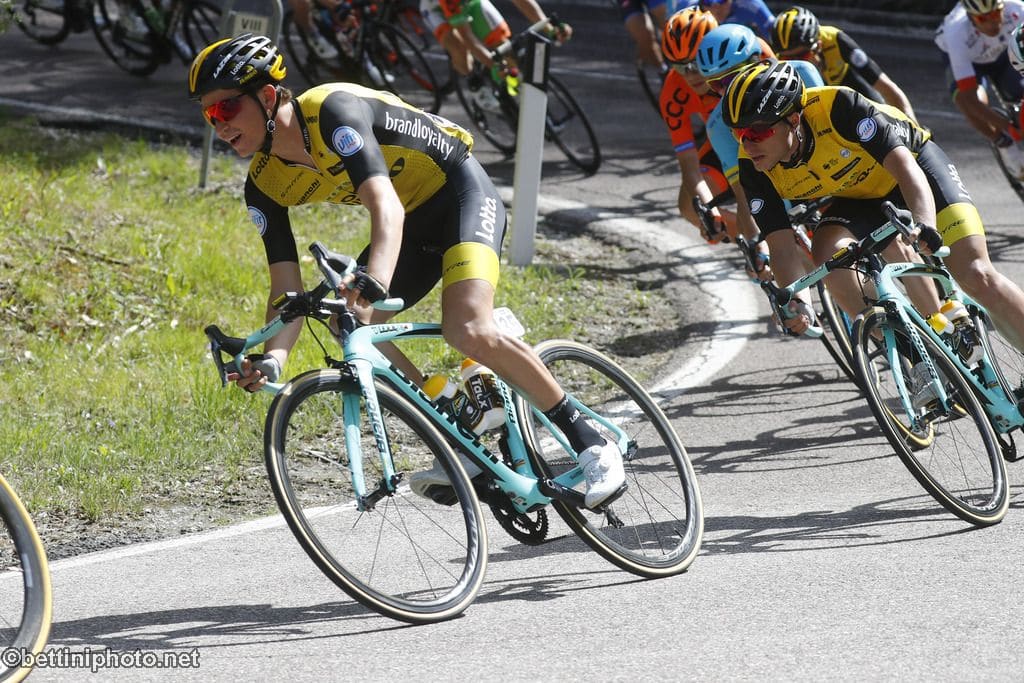 Neilson Powless is a 21 year old California native who rode for the Axeon Hagens Berman squad from 2016 – 17 after competing as a top junior mountain bike racer where he competed on the World Cup circuits. Before his time as a mountain bike racer he was a competitive triathlete.

In 2016 Neilson won the best young riders classification during the Tour of California and ended up 9th on General Classification. In 2017 Neilson Neilson won the U23 road race national championship, placed 3rd in the U23 time trial and then followed that up in the professional national championships with second in the road race and third in the time trial. 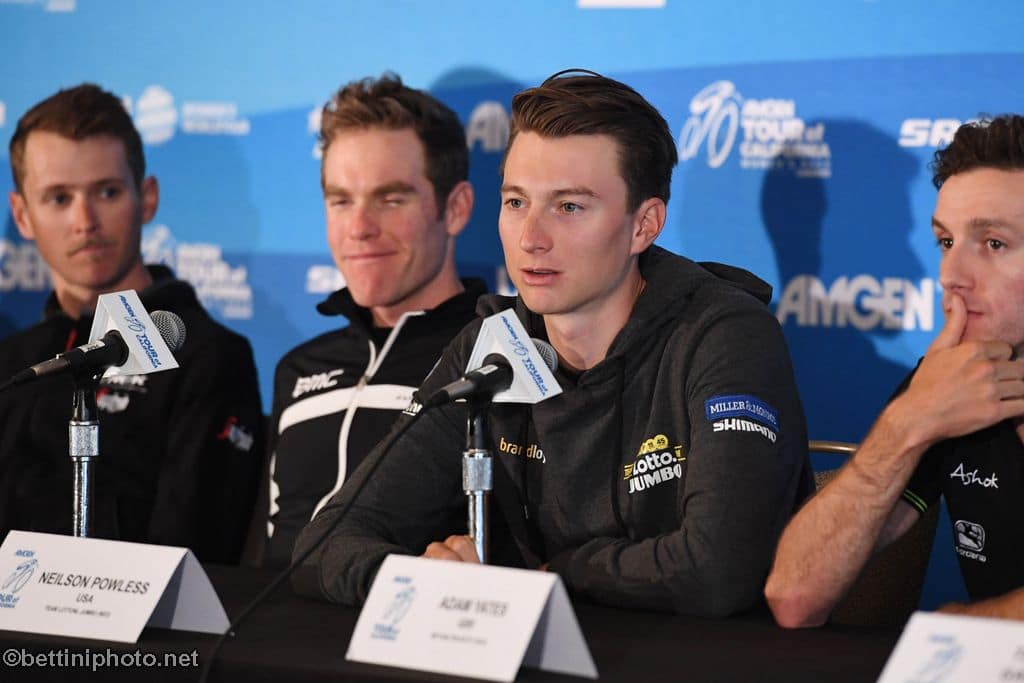