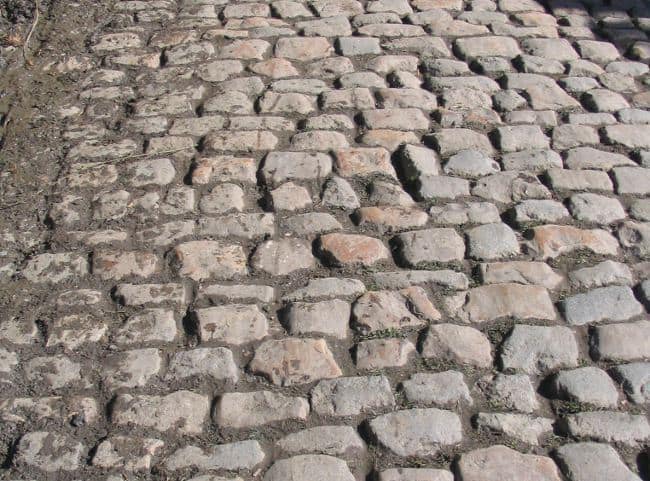 Rain and low temperatures have created a grim atmosphere at the cobbled, Belgian road race, Danilith Nokere Koerse. An 8-man breakaway led the race early-on leaving the peloton to chase. The 122-man startlist whittled away in the first 50km but race favorites, Mark Cavendish, Sep Vanmarcke, Rudy Barbier and Max Walscheid remained in the Peloton. One of Walscheid’s Qhuebeka Assos teammates lost control on one of the tight Belgian roads and collided with a wall. Thankfully the Quebec Assos appears to have continued on in the race. Team SD Worx’s Amy Pieters won the women’s edition earlier in the day.