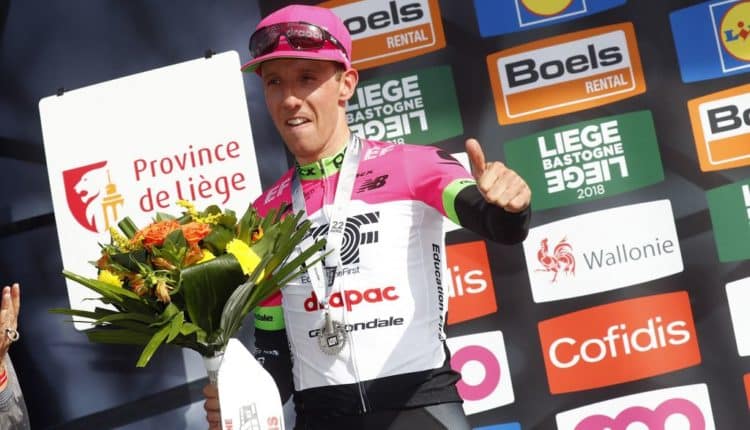 Canadian Mike Woods just wrapped up a break through result at the recent Liège-Bastogne-Liège where he landed second place in the Classic, which shows that he is in great form and on track for the upcoming three week grand tour. Woods showed his three week pedigree last year during the Vuelta where he finished seventh overall.

The former runner turned cyclist spent a season stateside in the U.S. while racing for the Rally Cycling team prior to turning professional with the Cannondale World Tour squad.

What would you do after the hardest race on the calendar? Legs up and plenty of rest? As if climbing to second at Liège-Bastogne-Liège wasn’t hard enough, Mike Woods was back on his bike the next morning to recon the legendary (and feared) Monte Zoncolan stage at the Giro d’Italia.