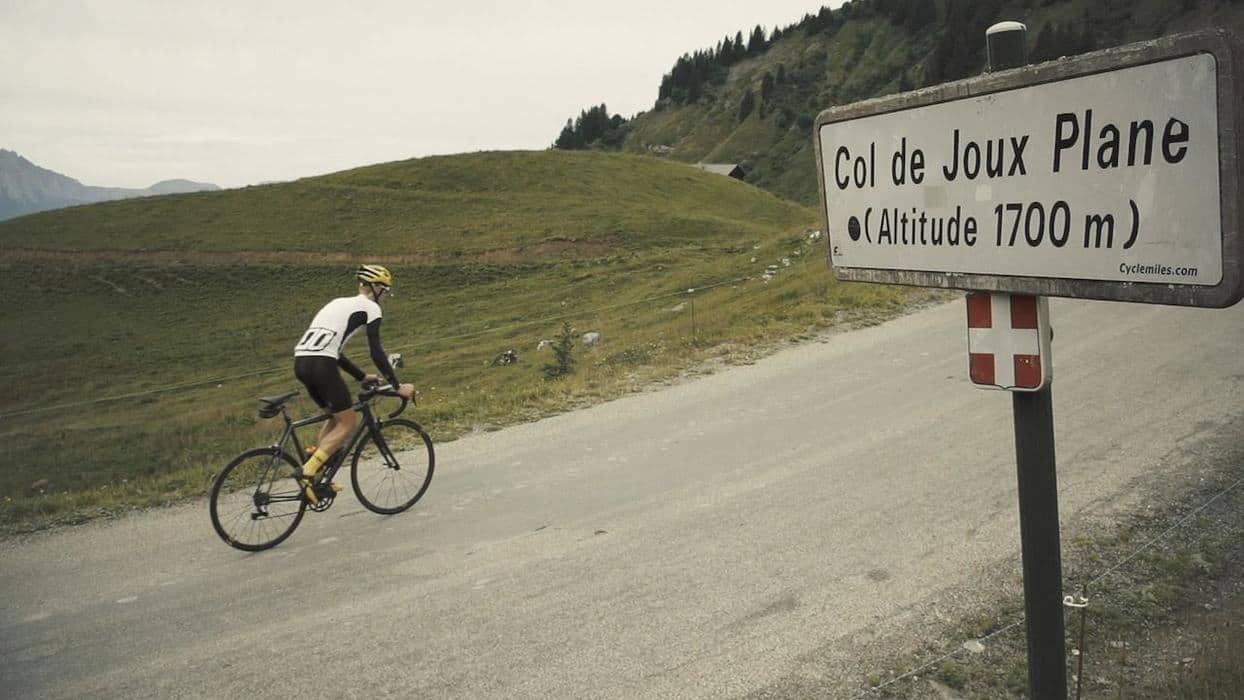 Share
After 20 days of racing it all comes down to this, the final climb of the 2016 Tour de France. With the shakeup in overall standings that happened in Stage 19, the Col de Joux Plane will be full of action as the race for the podium plays out.
Here’s what Mike Cotty of Col Collective has to say about the Col de Joux Plane:
Taking its name from the medieval term meaning “the seven mountains”, referencing the Cuidex, Vigny, Folly, Oddaz, Bostan, Chardonnière, Freterolles and La Vullie peaks that surround the alpine village, starting in Samoëns in the Vallée du Giffre the Joux Plane is a tough ride, and one that’s far harder than its credentials on paper may have you thinking.
It’s not the longest out highest in the Haute Savoie but its erratic gradient and steep pitches right from the beginning make finding a solid rhythm nye on impossible. Factor in very little shelter and its south facing geography and you have a match made in heaven for serious heat exhaustion if you don’t stay well hydrated.
A relative late comer to the Tour, the Joux Plane first featured in the 1978 race quickly building up a fearsome reputation. Since then it’s been the backdrop to plenty of fireworks putting the great French champion Laurent Fignon into difficulty in 1983 and Lance Armstrong well and truly against the ropes in 2000, with the Texan describing it as “the hardest day of my life on the bike”. Six years later and the Joux Plane was back in the spotlight with Floyd Landis destroying his rivals and tearing up the road in an attempt to pull back a seemingly impossible time deficit.
Despite all of the pharmaceutical trials an tribulations that would play out in later years the Joux Plane remains un-phased by it all. It’s as if its early slopes were designed to soften even the most trained legs before the latter half really turns the screw, maintaining a near double digit gradient all the way to the summit.
Relax, stay composed, and your effort will be worth it as the Mont Blanc Massif peacefully watch over your every move and you’re gifted with one of the best descents in the Alps back down to Morzine.
Col de Joux Plane By The Numbers
Start: Samoëns
Length: 7.2 miles
Summit: 5,577 feet
Elevation gain: 3,274 feet
Average gradient: 8.5%
Max gradient: 12.5%
Thank you to our partners Mavic, Cannondale, Exposure Lights, Fi’zi:k, Haute Route, Lezyne, Map My Tracks, Muc Off, Scicon, The Sufferfest, TORQ and USE for enabling us to bring these truly special mountains to life for you all. If you’re in need of new bike kit in the future and you enjoyed this video then bear them in mind and help keep the wheels turning.