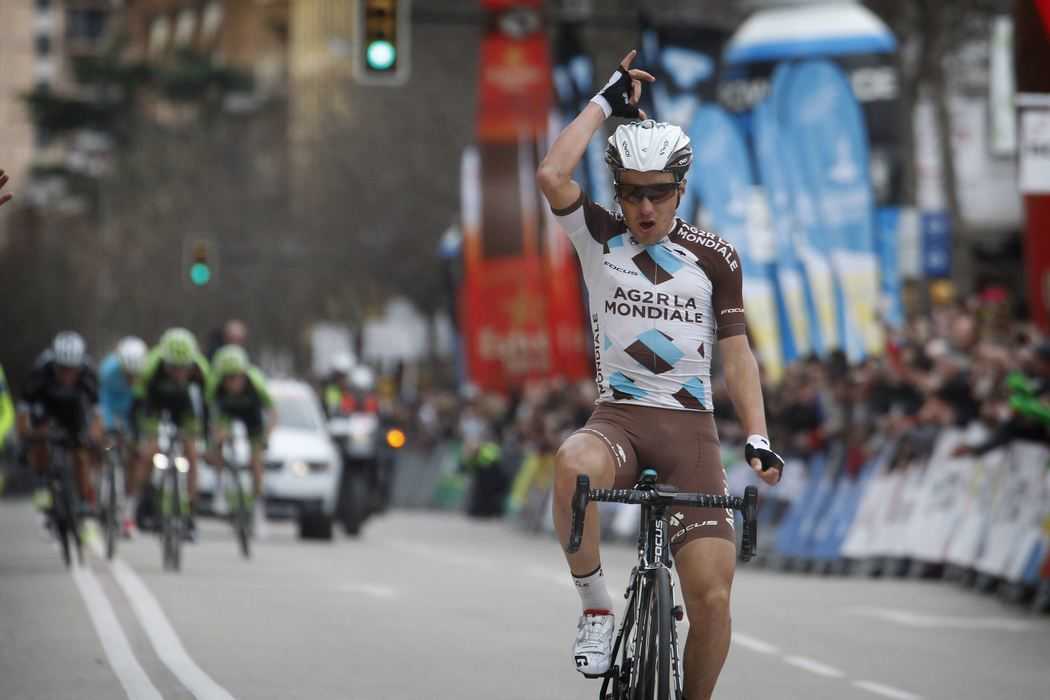 Italian Domenico Pozzovivo won the third stage of the Tour of Catalonia on Wednesday as France’s Pierre Rolland took the overall lead. AG2R’s Pozzovivo made a solo dart for home from a seven-man breakaway group around 2km from the finish and held off his charging companions to win by 3sec. Colombia’s Rigoberto Uran took second with Dan Martin of Ireland in third after 156.6km around Girona. Pre-race favorite Alberto Contador finished fourth but fellow former Tour de France winner Chris Froome gave up 22sec on the winner after failing to follow the initial break. Contador, who will attempt a Giro d’Italia and Tour double this year, said he was coming into shape in time for May’s Tour of Italy.

“I’m happy, I feel quite good. It’s the last race before the Giro and it’s good that my legs are responding. Now I need to recover and tomorrow will be another day,” said the 32-year-old six-time Grand Tour winner. A split in the peloton resulted in a frantic finish to the stage as Tuesday’s second stage winner and one of the overall favourites Alejandro Valverde had been caught behind in the second group that lost 30 seconds. As Contador’s Tinkoff-Saxo team and the Astana teammates of Fabio Aru, who finished fifth, pushed the pace up front, the lead group started to splinter on the ascent of Alt dels Angels around 15km from home.

Contador attacked, taking Australian Richie Porte, Pozzovivo, Uran and Aru with him. Porte’s Sky teammate Froome failed to react and was stuck in a chase group, from which both Martin and his Cannondale teammate Andrew Talansky managed to bridge the gap to the leaders. As the seven-man group took turns on the front to try to distance the chasers, Pozzovivo pounced on a brief lull to take off on his own and he had the legs to hold off the chasers right to the finish.

The Italian, who was fifth at last year’s Giro and sixth at the Vuelta a Espana the year before, now sits fourth overall at 2min 14sec behind Rolland, who came home in the same group as Froome, as did Valverde who managed to catch the second group on the descent into the finish to limit his losses. The overnight leader, Poland’s Maciej Paterski, winner of the opening stage, lost 1min 34sec on the winner and now sits second overall at 1:08. Belgium’s Bart De Clercq is third at 1:16 while Contador is up to seventh, 2:27 down. Valverde is now 11th at 2:36 with Froome 28th overall at 2:46 but both are likely to move up during Thursday’s fourth stage. It is the first truly mountainous one and leaves from Tona before arriving at the ski resort of La Molina 188.4km down the road.