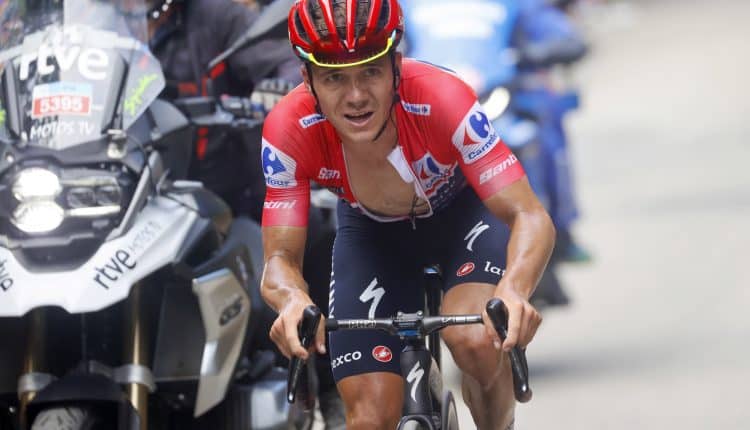 Remco Evenepoel tightened his grip on the Vuelta a Espana lead on Sunday as stage nine ended on a steep incline where South African Louis Meintjes won from a breakaway. On a stage billed by the organisers as potentially decisive 22-year-old Belgian Evenepoel was 52 seconds faster then defending champion Primoz Roglic. The main challenge of the day was the fifth and final climb, 2,4 miles long but at 12.5% average gradient. On the 106 mile run from the Cantabrian coast to inland mountaintop of Les Praeres de Nava, Evenepoel increased his overall lead to 1:12 over Enric Mas and 1:53 over Jumbo-Visma’s Roglic. Ineos pair Tao Geoghegan Hart and Pavel Sivakov now sit around 5 minutes back, while Briton Simon Yates says he is riding into form and is 3:08 off the lead.

Meintjes was part of a ten-man breakaway that escaped on the first of the day’s five climbs. He eventually finished 1:34 ahead of the overall leader.

“It worked out perfectly today. I was quite lucky, my team controlled it quite well and I tried once and picked the right breakaway, so that was good teamwork,” said the winner.

The Quick-Step rider Evenepoel was set up brilliantly again by his tireless mentor, the world road race champion Julian Alaphilippe, who chased any escape attempts from rivals, before unleashing the prodigy on the final climb.

“I’m really impressed by Julian, and so happy with my team,” said Evenepoel.

“It really makes me emotional to see the guys working for me like that.”

Evenepoel accelerated with 1.5 miles of the last climb to go dropping everyone.

“I was super tired, but when my legs started hurting me like that I just thought, everyone is super tired. It’s also a question of power when it comes to those percentages and i have worked so much for that, these two past year have transformed me. I’m a new person.”

Two years ago the former footballer plunged into a ravine when racing in Italy, breaking his pelvis and spending long months in physio.”

Evenepoel and the rest of the peloton can enjoy Monday’s rest day after a long transfer across Spain to the Mediterranean coast ahead of a 18 miles individual time-trial where the leader could further turn the screw. 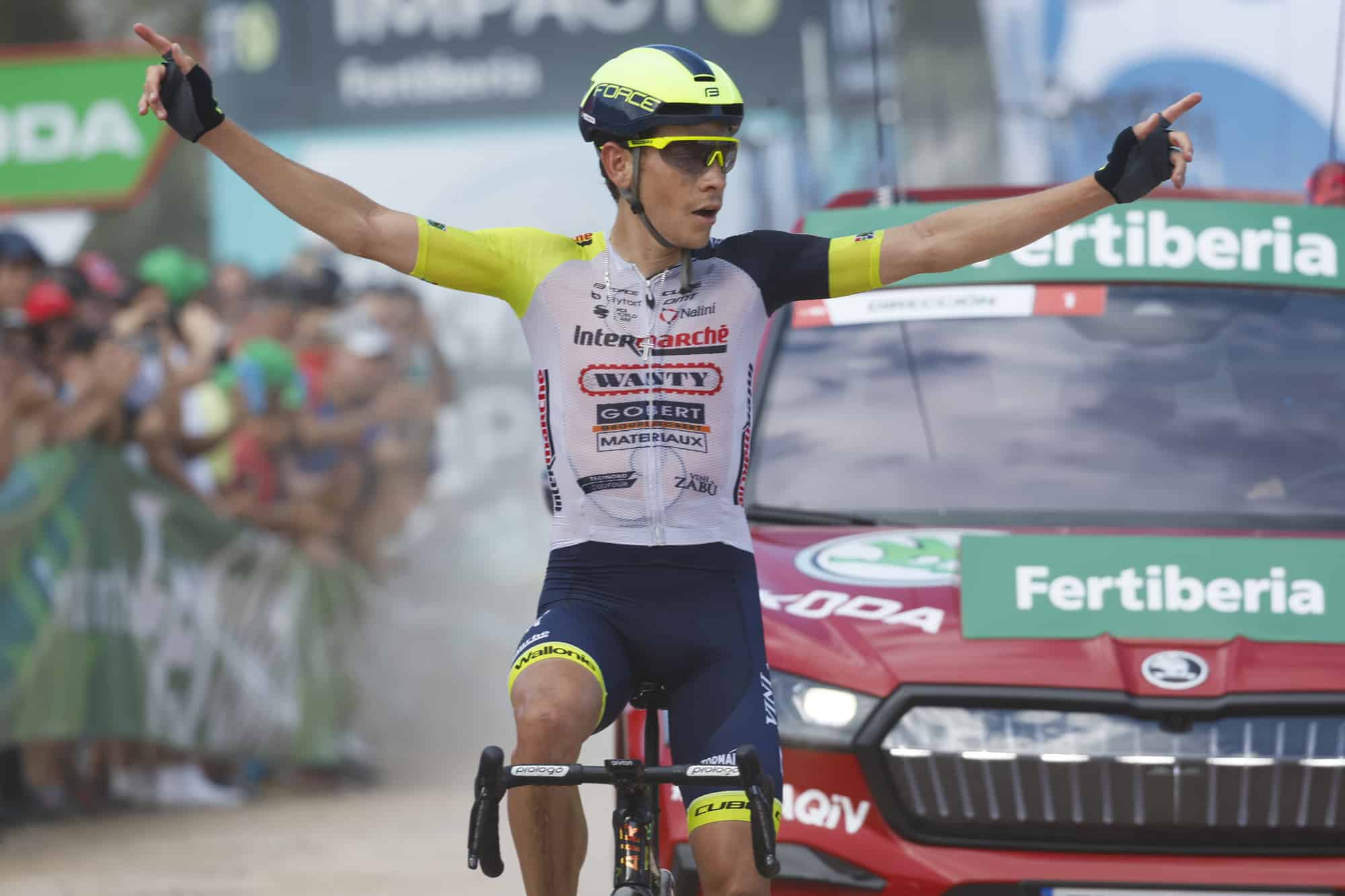 TOP 3 TAKEAWAYS FROM THE VUELTA A ESPANA