Poland’s Rafal Majka produced a brilliant solo attack to climb to victory on stage 14 of the Vuelta a Espana as Chris Froome ceded a few more seconds of his overall lead to Vincenzo Nibali.

Majka was part of an early 10-man breakaway and broke clear in the final 10 kilometres up a special category climb to finish the 175km ride from Ecija to La Pandera in 4hrs 42mins 10secs. Colombian Miguel Angel Lopez was 27 seconds back in second with Nibali snatching third from Froome as they both finished 31 seconds behind Majka. However, the four-second bonus on offer for third place moves the Italian to within 55 seconds of Froome in the leader’s red jersey.

“I was aware of the bonus seconds at the end but I wasn’t too bothered to be honest,” said Froome. Wilco Kelderman and Ilnur Zakarin finished alongside Nibali and Froome to move up to third and fourth respectively overall as Esteban Chaves lost time to slip down to fifth.

Fabio Aru, winner of the Vuelta in 2015, also lost a further 32 seconds on Froome to fall over three minutes back on the Briton in sixth. Majka’s chances in the general classification were undone by illness in the first week, which nearly forced the Bora-Hansgrohe rider to abandon the race. But he showed great stamina and climbing power to stay away from a stellar cast of chasers for his first Vuelta stage win.

“I knew that at 10k I need to go at full gas like a time trial,” said Majka. “I came to the Vuelta for the GC and I’m sick, I almost go home, but now I am so happy. “I’m not happy because I win, I’m happy for my teammates because today we did a very good job and the team all the time trusted me.”

More brutal climbs await in Sunday’s short and steep 129km stage from Alcala la Real to Sierra Nevada with another special category climb to the finish at 2,500m altitude.

“At the end of a really hard week it’s going to be one of the most decisive stages of this year’s Vuelta,” added Froome. “It’s at high altitude, it is a key stage in my mind, so it was important to keep something in reserve for tomorrow.” 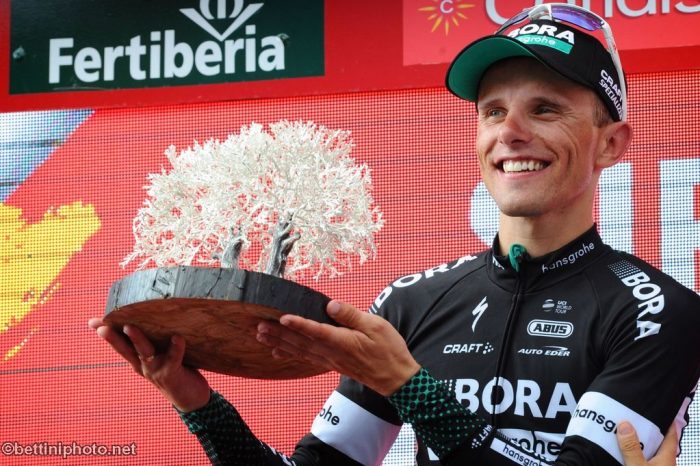