Chris Froome virtually secured overall victory in the Vuelta a Espana on Saturday by extending his lead over Vincenzo Nibali as Alberto Contador won the 20th queen stage in his final race before retirement.

Barring disaster in Sunday’s parade around the centre of Madrid, Froome, who now holds a lead of 2min 15secs over Nibali, will become just the third rider in history to win the Tour de France and Vuelta in the same year. “What a way to end a massive three weeks of racing,” said Froome. “For me having completed the Tour-Vuelta double now it’s an amazing feeling.”

Home favourite Contador sealed a dream send-off by claiming the first stage win of the race by a Spaniard in a time of 3hr 31min 33sec for the 117.5km from Corvera de Asturias to Alto de l’Angliru. A three-time former winner, Contador, 34, claimed his sixth career Vuelta stage victory as he distanced the race leaders at the start of the brutal climb up Angliru.

“There could be no better ending than this,” said an emotional Contador. “This morning I was clear that this was my day, that I had to say goodbye in this way. “There has been no better moment or place than this to say goodbye.” However, he just missed out on climbing onto the podium as he moved up to fourth overall.

Russia’s Ilnur Zakarin leapfrogged Dutch rider Wilco Kelderman into third. Froome was again well protected by his Sky team in the chasing group behind, before attacking himself two kilometres from the finish line to take third on the stage behind teammate Wout Poels. “That was such a tough climb,” added Froome, who also shed a tear as he was embraced by his team at the finish line. “We did everything to try and catch Alberto, but he was too strong today. “Congratulations to him because to finish his career like this is beautiful.”

With his fifth Grand Tour win of his career, Froome will join Frenchmen Jacques Anquetil (1963) and Bernard Hinault (1978) as the only riders to win the Tour and Vuelta in the same year. But the Briton is the first man to win both races since the Vuelta was moved to after the Tour in the racing calendar in 1995.

Nibali’s hopes of launching a challenge for the leader’s red jersey were undermined by a minor crash on a sharp descent before the climb to Angler began as the Italian finished 34 seconds behind Froome in sixth. 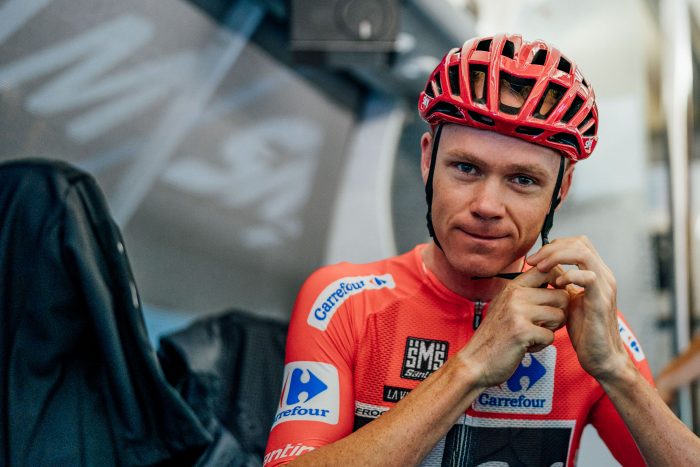 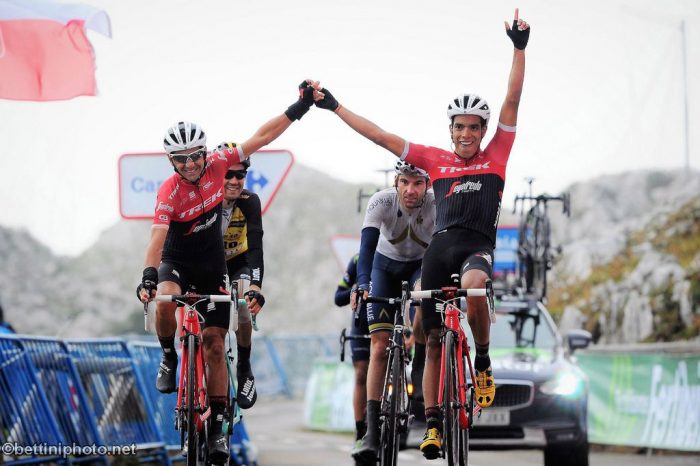 A Must Read For Every Roadie

Thomas thanks Froome ahead of yellow jersey triumph