Chris Froome took another huge step towards a historic Tour de France-Vuelta a Espana double by claiming stage nine of the Vuelta on Sunday to extend his race lead. Froome attacked with 500m to go on the category-one climb of a 174km stage from Orihuela to Benitachell to win in a time of 4hrs 07mins 13secs from his closest challenger Esteban Chaves and Canadian Michael Woods.

“That was incredible today,” Froome told Spanish TV station Teledeporte. “It’s such a good feeling to get to the end of this first block with the red jersey and also a decent gap on the rest of the GC riders.” Colombian Chaves slips 36 seconds behind Froome in the general classification with Ireland’s Nicolas Roche 1min 05secs back in third. But Froome, aiming to become only the third man to win the Tour and Vuelta in the same year, is beginning to amass a significant advantage over the rest of his general classification rivals.

Vincenzo Nibali was 14 seconds back on the stage to fall 1min 17secs behind Froome in fourth with Fabio Aru a further 16 seconds back in seventh overall. And victory on the Cumbre del Sol was extra sweet for Froome having lost out to Tom Dumoulin on the same climb two years ago.

“It was still on my mind this morning,” added Froome. “Watching the scenes of two years ago in the bus this morning just to really calculate the climb and know when the right moment to push was. I felt great today.”

Froome took advantage of Sky not having to drive the pace in the peloton as they have for many of the early stages as Woods’ Cannondale team ensured an early 10-man breakaway never built up the time gap needed to claim the stage win. The race favorites remained together for the first three kilometres up the ascent to the finish line before Froome burst clear. Chaves and Woods momentarily bridged the gap, but Froome wasn’t to be denied the stage win he failed to get despite winning his fourth Tour de France last month.

“He looked back and I say again he is really an unbelievable rider. You can see why he has won the Tour de France four times,” said Chaves. “For me it is a really good result actually, a few years ago I arrive 15 or 30 seconds (back) on this climb, but today it’s a different story. “I think I am more mature, more experienced…more calm and this is the important (thing). “We keep the second place in the GC, we put time on the other guys so it’s really good.”

After nine gruelling stages in searing Spanish summer heat, the riders get a break with the first rest day of the race on Monday. 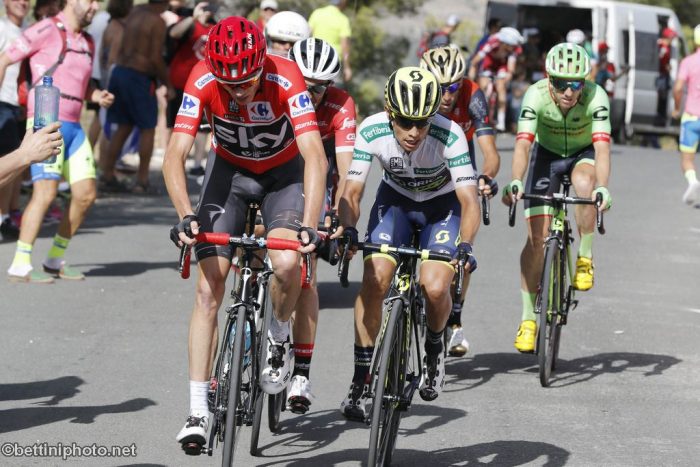 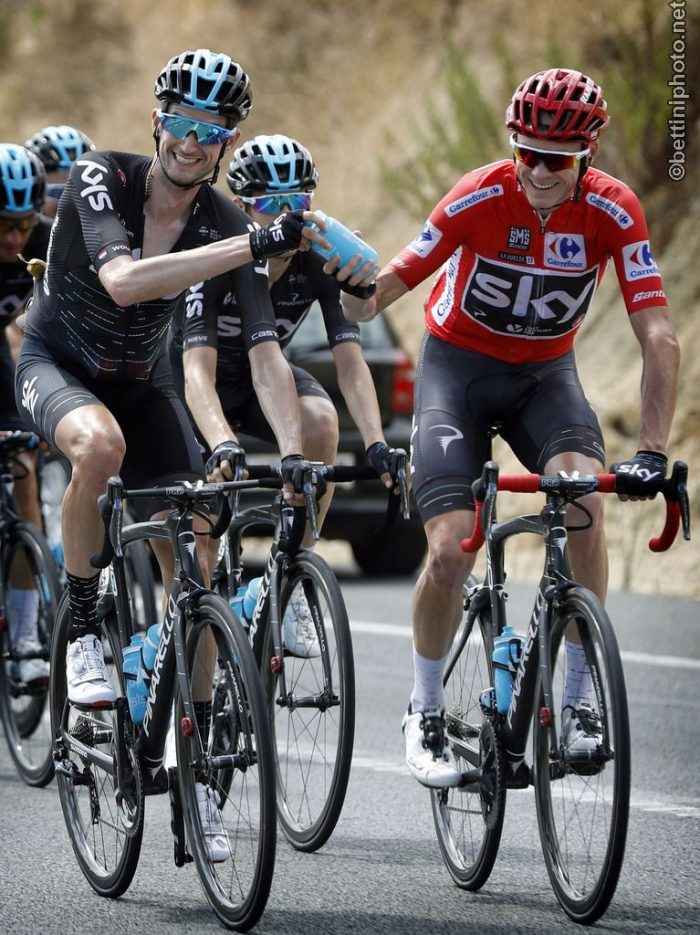