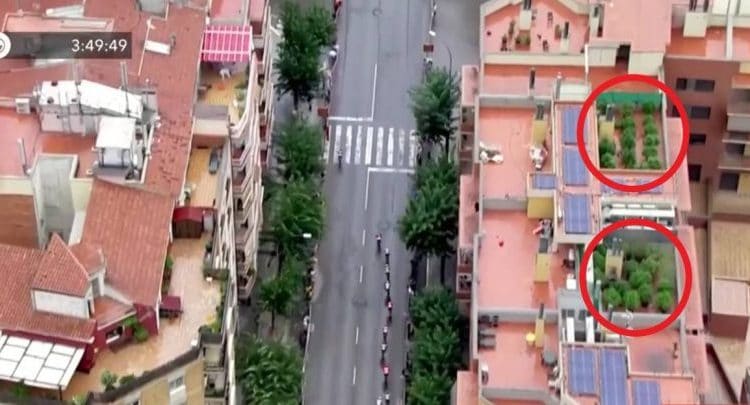 Spanish police said Wednesday they have seized marijuana plants growing on an apartment rooftop after they were spotted by a TV helicopter filming the Vuelta, the country’s top bicycle race. As the helicopter tracked the cyclists during the final moments of the 8th stage of the race on Saturday, the camera panned over the rooftop in Igualada in Catalonia in northeastern Spain revealing the plants spread across two plantations.

Catalonia’s regional police force, the Mossos d’Esquadra, opened an investigation after snippets of the video — which was aired live — went viral on social media and officers seized the roughly 40 marijuana plants on Tuesday, a spokeswoman for the force said. No arrests were made when the police burst in to remove the plants and officers are still looking for the owners of the plantation, she added.