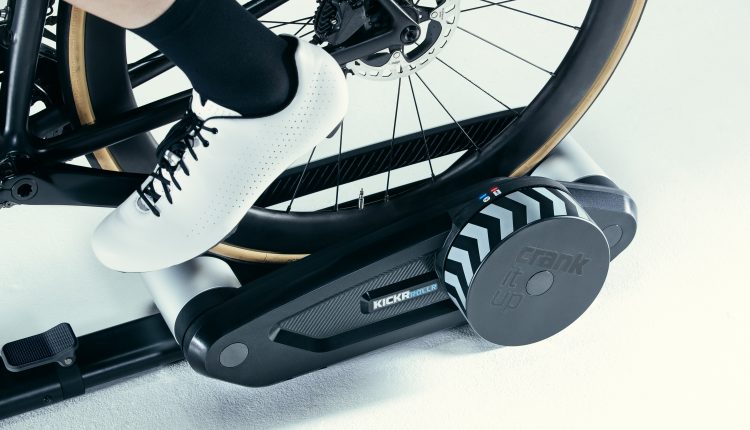 Alongside Wahoo’s acquisition of Speedplay and the subsequent release of the long anticipated Powrlink power pedals is the fitness brand’s all new stationary training platform, the Kickr Rollr. The Rollr joins the Kickr family of trainers and stationary bikes as Wahoo’s first semi-supported smart cycling rollers. The Rollr can connect with up to three ANT+ or Bluetooth devices and its 10.5-pound flywheel can handle a maximum of 1500 watts effectively. The front wheel lock eliminates the usual skill required to ride traditional rollers and provides a platform for most 700c wheels narrower than 700x53mm. Instead of a built-in power meter, Wahoo offers a bundle with the Rollr and the single-sided Powrlink pedals to provide a training platform that can be used on the road as well.

CHECK OUT OUR FIRST LOOK OF THE POWRLINK PEDALS 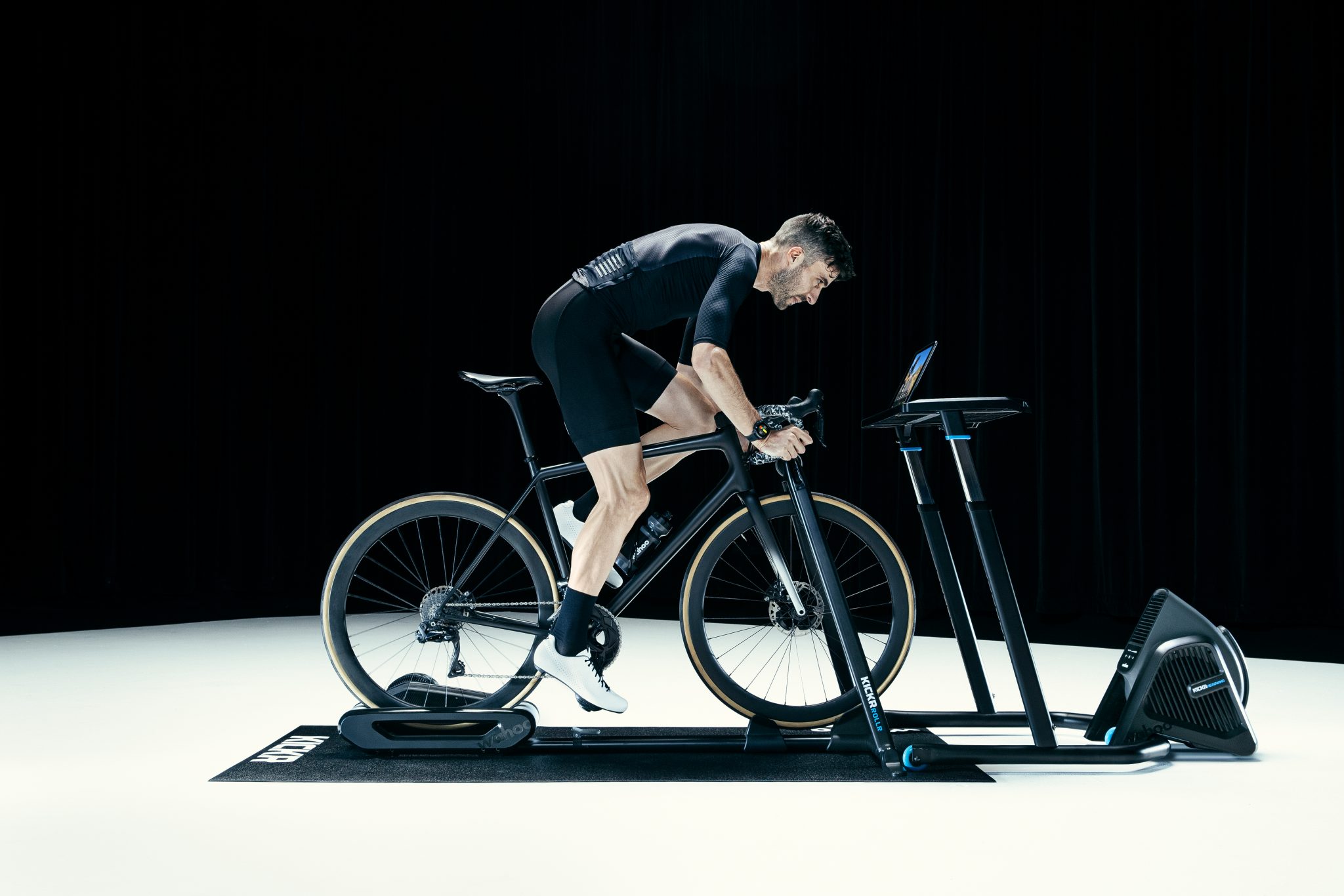 Choosing between the natural ride feel of rollers and the performance advantages of a smart trainer just got easier. Today Wahoo announced the release of the KICKR ROLLR smart trainer, boasting a dual roller-based design and an impressive set of features that make it a compelling indoor training option for those who want the convenience and natural ride feel of rollers with the benefits of controlled resistance and connectivity.

KICKR ROLLR takes the traditional roller design, which has been the mainstay of indoor training since the golden days of cycling, and reimagines it. Designed to accommodate a wide range of frame and tire sizes via a quick-release adjustable wheelbase clamp, KICKR ROLLR makes it easy to take bikes on and off, making it ideal for those athletes who want to quickly transition from indoor training to riding outside, as well as for households where multiple riders use the same trainer. And because you don’t have to remove the rear wheel, KICKR ROLLR makes the ideal warm-up platform before events or big training sessions. This is especially useful for track cyclists or professionals who may not be able to make changes to their equipment after pre-race bike checks.

Learning how to ride traditional rollers typically involves a steep learning curve. KICKR ROLLR allows even the most balance-challenged cyclists to experience the natural ride feel of rollers, thanks to the innovative Safety Tire Gripper, which secures the front wheel on bikes with tires up to 2.1” / 53mm. This makes getting on and off the bike surprisingly easy, while also providing a stable platform for even the biggest out-of-the-saddle efforts.

“KICKR ROLLR gives endurance athletes a convenient, versatile, and feature-packed option to train indoors or get ready for an event,” said Wahoo KICKR Product Manager Tyler Harris. “The ability to easily take your bike on and off the trainer while enjoying the singular ride feel of rollers really sets KICKR ROLLR apart.”

To provide accurate power measurement and smart trainer control, KICKR ROLLR seamlessly connects to bike-mounted ANT+ power meters. For those athletes who don’t yet have a power meter, Wahoo is offering a bundle that includes both the KICKR ROLLR and the Wahoo SPEEDPLAY POWRLINK ZERO single-sided, pedal-based power meter. The bundled ROLLR and POWRLINK option gives endurance athletes a convenient and cost-effective way to get the full benefits of training with power, both indoor and out on the road. For those athletes who already have a power meter, the standalone KICKR ROLLR represents a great value, providing the connectivity of a smart trainer, the convenience and singular ride feel of rollers, and the stability and safety features that only Wahoo offers.

RECOVERY REPORT: REMCO EVENEPOEL IS BACK ON THE ROLLERS