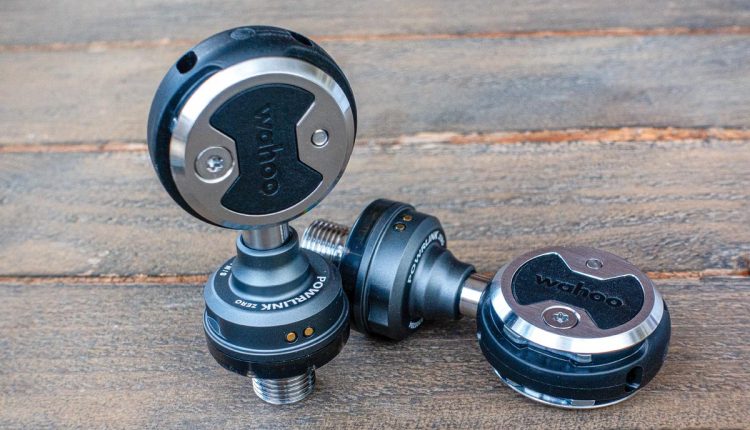 In case you missed the news, back in 2019 Wahoo purchased the famous SoCal pedal brand Speedplay, and in the years since has been giving the brand a complete facelift. Wahoo has done a great job of consolidating the pedal line, and the updated design has put new life into a system that had seen little change over its lifetime. While the entire line has been modernized, the many color options that Speedplay once offered are now gone. When Wahoo launched the new Wahoo-branded design in 2021, they hinted that there was a power pedal in the works.

Given that many companies have tried to enter the growing power meter segment with a pedal-based system with only a few truly succeeding, we were a bit surprised when it actually came to market. While power pedals are not new by any means, the signature “lollipop” design of the Wahoo pedal system didn’t leave much real estate for added electronics. Companies like PowerTap, Look, Xpedo, Garmin and more have all worked hard to offer the convenience and simplicity that a pedal system offers while remaining accurate and reliable. For most, you can have three but not all four.

To start, the Powrlink pedals use the same cleat and interface as the traditional Speedplay pedals, so switching between the Powrlink Zero and regular Zero pedals is seamless. If you have original Speedplay Zero pedals, they also use the same cleat, but the Speedplay Light Action and older pedals are not compatible. The body of the pedal has an increased thickness, which increases the stack height by almost 2mm.

Wahoo claims the Powrlink Zero dual-sided version has a claimed +/-1-percent accuracy and 75-plus-hour battery life. They come with a dual-charger cord that’s 6.5 feet long so you don’t need to take the pedals off your bike to charge them, but you will need it to be fairly close to an outlet. You could also remove the pedals to charge them, but we didn’t find it was necessary.

Probably one of the most impressive stats is that the dual-sided Powrlink Zero hit our scales at 277 grams, and for comparison, the regular Wahoo Zero pedal launched back in 2021 and weighed 220 grams. The spindles are stainless steel, 55mm long, and the battery, transmitter/receiver and other electronic bits are mounted on the spindle nearest the crankarm. The pedals communicate with each other over Bluetooth and are capable of communicating with cycling computers over ANT+ or Bluetooth.

As with the originals, one of the biggest selling points for the Wahoo pedals is the float that is adjustable to between 0-15 degrees. The cleats have small limit screws that offer the most adjustment of any road system with only one cleat. Also, a highlight is that the retention is dual-sided, making them easy to clip into. 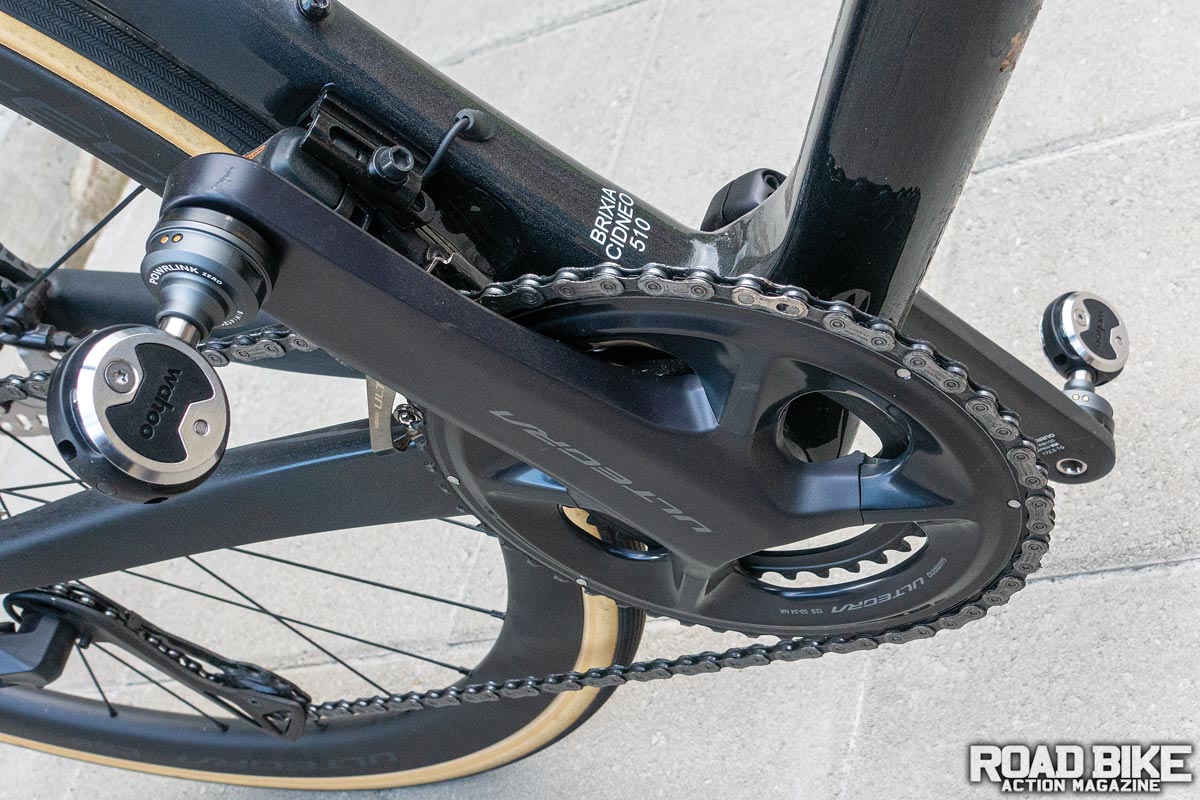 The pedals are installed just like any other pedal, so moving the power meter from bike to bike is easy with an 8mm Allen. We have tested them on Shimano, SRAM, Campy and Rotor cranks with no interference or need for additional spacing. Mounting the unique four-bolt cleat is easy with the three-bolt adapter that is supplied. Making small adjustments on the cleat from side to side is quick, but adjusting front to back takes longer since you need to remove the four bolts first to get to the three bolts on
the adapter.

Since the Wahoo cleats are a carryover from Speedplay, users of the system will be familiar with the setup. No different from as the original Speedplay system, Wahoo pedals are not ideal for off-road, so keep them away from dirt and mud and you should have a worry-free experience. With that said, because the retention doesn’t tighten under additional pressure like most other road systems, we would consider them the safest system if you feel the need to use a road system when riding all-road or light gravel—not ideal but safe.

Getting the pedals to connect with our Wahoo head unit was pretty easy, and since it connected over Bluetooth, there is a lot more information displayed than you get from a normal ANT+ power meter. While this makes it easy to set up, it doesn’t offer any advantage when it comes to recording power data. You can also connect the pedals to the Elemnt app, and do firmware updates and set some of the pedal’s parameters.

On the bike, we didn’t change our saddle height since the increased stack height is just under 2mm. After countless rides, we had no issues, and trying to make the adjustment would probably result in more headaches. The accuracy when compared to other power meters that record total power or dual-sided power was spot on. In a few cases, we noticed that the Powrlink was quicker to respond to efforts when viewing the live power data.

Since the power is being recorded at the pedal, it is one of the most accurate representations of a rider’s effort with very little to no power loss, like you can get with other systems that record at the hub. Also, these are true dual-side measures, meaning they measure left and right independently and then get combined for total power. This offers the best data if you are looking for true left/ right balance or monitoring an injury.

Throughout our testing, these were the first power meter pedals that never incurred any pedal strikes. We rarely pedal strike on regular pedals, but because of the added structure and design to accommodate all of the electronics in most power pedals, you need to be cautious of pedaling through aggressive corners. On the Powrlink, we just rode like we always do and had no issues at all, and for us, that was a huge benefit.

Over the many weeks of testing and countless rides, we had zero issues connecting to our head unit. We will say that sometimes it takes a minute or two to connect initially, or during a long cafe stop, they can take their sweet time to reconnect, but they eventually do. They also have an auto-calibration feature that seems to work, but out of habit we just manually do it as we do with every power meter.

Wahoo also offers a single-sided version that, like most other brands, records only power from the left and essentially doubles it. The single-sided option is $450 less at $650, but it is not clear if they will offer an upgrade kit for those that want true power measurement after testing the waters. For us, total power is always the way to go and worth the extra cash.

Overall, the Wahoo Powrlink pedals have been a great addition, and we love that every test bike can now have a power meter. The battery life is a little short, but that is an acceptable trade-off for their compact size. We get about two weeks of riding before getting the low-battery warning. Charging only takes about 15–30 minutes normally, so even if they are low, getting them on the charger while we fill bottles and get everything else set has been long enough to get us through most any average ride.