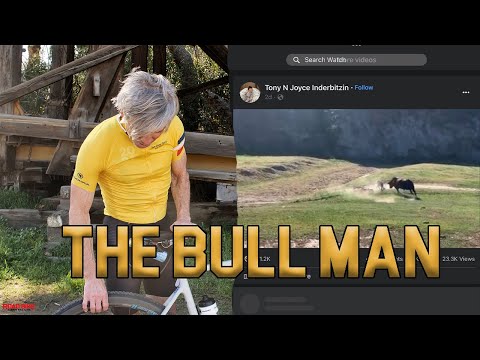 There were a number of challenges at the Rock Cobbler 9.0 gravel race but none were as unexpected as the number of bull encounters on course. Mike recounts how his race was ended early by being one of the riders charged by the (now infamous) bull at the 2022 Rock Cobbler. There were a handful of videos of the attacks but we couldn’t find a recording of Mike’s encounter. Here what he had to say about the event in his own words.

“(The bull) turned on me and just charged. I got off my bike and started running…the bull thankfully preferred my bike.”

Mike got away with a broken wheel that ended his day.

THE GRAVEL SEASON IS ON – ROCK COBBLER REVIEW