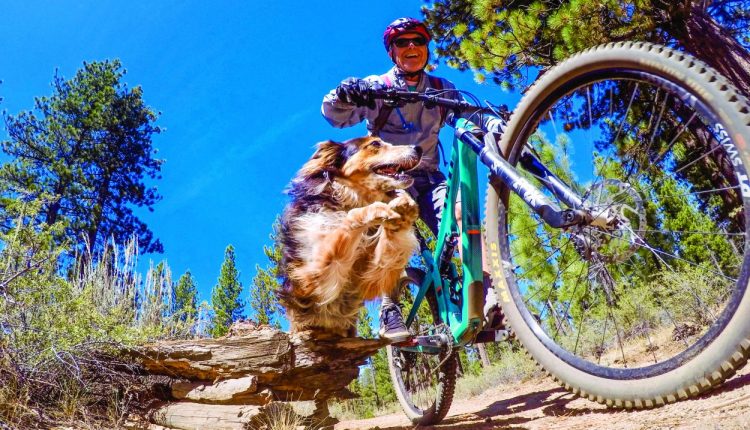 Color us surprised to find component giant Shimano  continuing to carry-on with their 100th anniversary celebrations by releasing another video that instead of touting  some futuristic, pro level,  solar-powered 15-speed drivetrain  looks instead at the personal assets of cycling through a much wider, less tech and race focused lens. It was just a few weeks ago that they launched their All Bodies On Bikes video which celebrated  two cyclists whose body types did not fit the accepted norm for cycling.

And now it’s dogs.  Or, more specifically, dogs on trails. In A Dog’s Tale video, Shimano is rightly extolling the benefits  enjoyed by mountain bikers who are able to enjoy the companionship of riding with their dogs. Captured with spectacular photography, it also comes as an unfortunate reminder of  how road cyclists can’t enjoy the same experience since riding with our dogs in traffic is not an ideal option. Hence another reason to ride a gravel bike!  (BTW, if rumors are true, you can in fact expect some exciting new product news from Shimano later in the year.)