A few of the latest upgrades to Strava

If you have a destination in mind (or not), the “Draw your own route” feature makes picking the roads to get there simple.  The “Draw your own route” tab is located at the bottom of the Routes page. Once you select “Draw your own route” a map of your current location will expand, you can then use your finger to draw your desired course. Strava routing algorithms will match your line to the nearest roads and trails then will select a route based on proximity and popularity. “Draw your own route” is one of the easiest route building experiences we have had. The ability to complete the process quickly from a phone without any major glitches and irregularities make it a favorite. 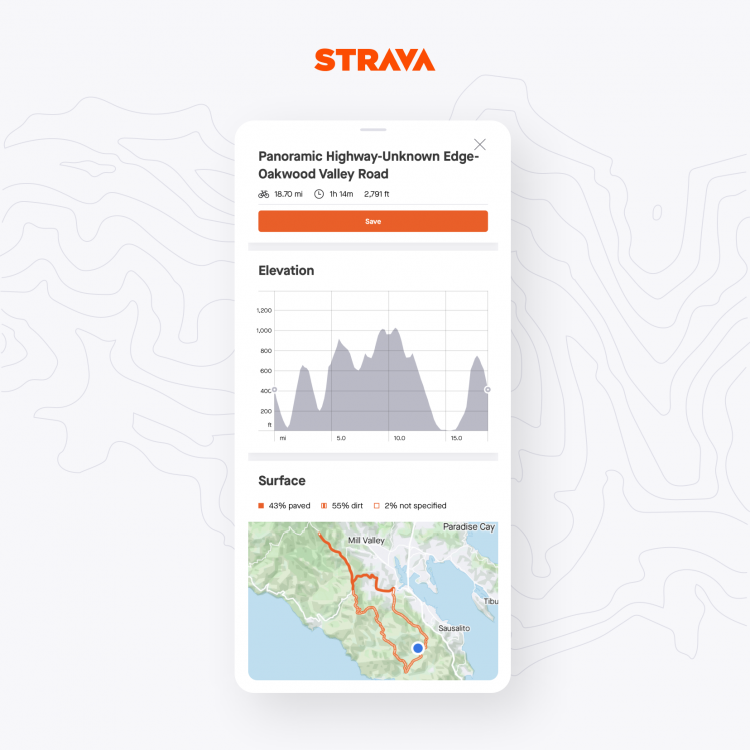 Strava has updated its route analysis feature to include surface type on the map. Only elevation and distance data were displayed before the update, now the map differentiates surface types in two shades of red, paved and unpaved surfaces are now distinguished.

How to get it

Strava Routes is available to Strava Summit subscribers, routes created by Summit users can be shared with anyone however “Suggested Routes” and “Draw your own route” can only be created through the Strava mobile app. Routes brings a necessary feature to Summit which makes it more inviting to enthusiast and competitive cyclists. Strava Summit is available for $8 a month or a $60 once a year payment.

Find out more at www.strava.com