3 SIMPLE TIPS TO RIDE UPHILL FASTER FOR EVERY CYCLIST

Master the climbs with simple tips from CTS 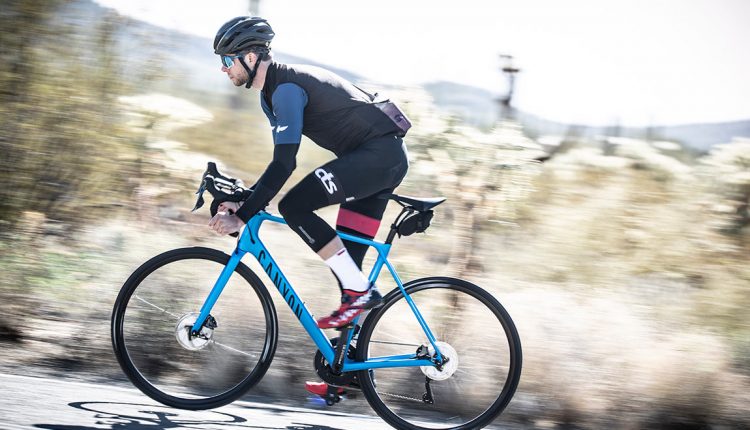 A cyclist’s speed going uphill is the product of power, weight, and technique. The first two get the lion’s share of the attention, but the last one can make a huge difference in how comfortable, confident, and economical you are on climbs. Improving your body position on the bike gives you the opportunity to maintain momentum instead of losing it, use your body weight more effectively, spread the work of climbing across more muscles to improve fatigue resistance, reduce back pain, and prevent numbness in your hands.

There are two basic body positions on the bike for climbing: seated and standing. Most people will spend more time climbing in the saddle, interspersed with shorter periods pedaling out of the saddle. How you sit on the bike and where you position your body when you’re out of the saddle can be the difference between dragging yourself up the mountain and dancing on the pedals.

Within seated climbing I think there are two variations for body position that are notable: Front Seated and Rear Seated.

Front Seated is useful for short, steep, punchy hills because it moves your center of gravity forward on the bike and lets you focus on a very forceful downstroke. Think about what you do when you want to forcefully stomp on something on the ground. You lean your upper body forward so you have more weight over your knee when you use your big hip and knee extensor muscles to bring your foot down. This is the same principle, only you’re stomping on the pedal. Bend your arms and bring your chest forward and down toward the stem.

Grasping the brake hoods is the best hand position for Front Seated Climbing. When you move forward on the saddle, having your hands on the tops of the bars can feel cramped, particularly as you try to lower your chest toward the bars. No matter where your hands are, you should not have a death grip on the bars or hoods. You want your hands to anchor your upper body so you can maintain a strong platform so you can direct all the power in your core and hips to the pedals.

In both front and rear seated climbing positions you want to drop your heel as your foot moves through the one or two o’clock position of the pedal stroke (as viewed from the right side). This means your heel will nearly level with. the ball of your foot, not necessarily below it. Because moving forward on the saddle reduces effective seat height you should almost feel like you could stomp through the bottom of the pedal stroke. This shortened stroke and your relatively closed hip angle mean you may not be able to use your hip flexors much on the upstroke, but remember to push your foot forward over the top of the pedal stroke.

The Front Seated Position is best for short periods where you need some extra punch or super steep hills on road, gravel, or mountain bike.

On long and/or moderate climbs your body position on the bike can remain very similar to your flat road cycling position or you can move back in the saddle. Where the Forward Seated position puts the emphasis on a forceful downstroke, moving back in the saddle seems to promote a more balanced pedal stroke that includes kicking your foot forward over the top, engaging the major hip and knee extensors for a powerful downstroke, scraping back through the bottom of the pedal stroke, and using hip flexors to unweight your foot on the upstroke.

To compensate for the lengthened reach to the handlebars, you may want to move your hands back to grasp just behind the brake hoods or on the tops of the bars. As with Forward Seated, you don’t want to pull back on the bars; you want to anchor your upper body so you can put more power into the pedal stroke.

One visualization tip for Rear Seated climbing is to envision your power originating in your hips and glutes and growing as your quads and hamstrings join the power party on the way to your foot.

Getting out of the saddle to pedal standing up is a great way to leverage your full body weight to generate force at the pedal. The Standing position can be used for hard accelerations and attacks, or it can be used to maintain momentum. The latter is an important distinction because beginners often think they have to increase their effort level (accelerate) any time they stand. You don’t. You can use a bigger gear and your body weight to ride at the same speed and same – or sometimes lower – effort level.

If you want to have a chance to “dance on the pedals”, pay particular attention to the position of your chest and hips when you get out of the saddle. Both need to move forward so you can drop into the downstroke on each side. You’re in the right position if you can look straight down in front of your stem. Your elbows should be slightly bent rather than locked out, and you can either visualize moving your right elbow in on your right downstroke, or pushing out with your left hand on your right downstroke. Either way, your bike will tip away from your downstroke side as you center your body weight directly over the pedal.

Hand position is important for Standing climbing because your hands and upper body will be supporting more of your body weight than while seated. You want to avoid excessive extension of the wrist and excessive pressure on the median (middle of the wrist) or ulnar nerve (lateral side of the wrist).

With your feet, you’re not going to want to drop your heel like you do in either seated climbing position. Instead, you want to drive your body weight down through the ball of your foot. You don’t need to dramatically point your toes down, but you will naturally end up with your toe slightly down and heel slightly up. When you are in the right position with your body, hips, and feet, you can drop into the downstroke and feel your foot scooping through the bottom of the pedal stroke. This is the key point of “dancing on the pedals” because you’re carrying enough momentum through the bottom of the stroke that you can engage the hip flexors to unweight the pedal on the way up. If it feels like your feet are stalling at the bottom, try moving your weight forward on the bike and shift into a lighter gear.

As with Rear Seated climbing, visualize your power originating in your core and hips and driving into the pedal from your hips, not just your thighs. Remember to shift into a harder gear as you get out of the saddle and shift back into a lighter gear as you sit down.

These three climbing positions can be used at any intensity level, gear ratio, and cadence range. You can climb out of the saddle at a moderate effort level or launch a powerful attack, spin a small gear or smash a big one in the Front Seated position, and ride a steady tempo or set a new hill climb record in the Rear Seated position. Even better, you can move between these positions to manage your efforts and match the technique to the terrain and situation.

RISE AND RIDE IN THE VINEYARDS — WINE COUNTRY GRAVEL CAMP