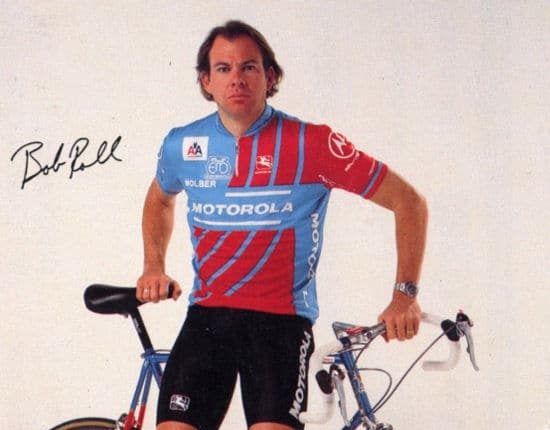 I’ve known Bob Roll since 1992. It all started  when the home phone rang  on an otherwise forgettable night while I was sitting at the computer. On the other end was Yeti Cycles founder John Parker and he was calling from a bar in Durango. Colorado. “Hey, Zippy, I got someone who wants to talk to  you.”

“Hello?” came a deep, gravely voice that I didn’t recognize. “Is this Zap? This is Bob Roll.”

To say that I was struck by a moment of silence would be an understatement. While I of course knew who Bob was from his notoriety as a road man on the 7-Eleven team, it came as an utterly odd moment to be on a cold call with an American cycling icon who was a total stranger. At the time,  I was also aware that he had recently made the jump to mountain biking  as the one man team to facilitate one of Greg LeMond’s earlier attempts at starting a bike company.

For about ten minutes “Bobke” and I stammered along making akward  small talk as if it was a blind date. Soon enough, he handed the phone back to Parker who I balled out for setting me up with the former 7-Eleven star.

Eventually, when the season’s  NORBA National series kicked-off I finally met Bob  and we became fast friends. I’ve been smitten ever since. From finding ourselves lost trying to navigate the streets of  Berlin trying to find the World Cup course (a highlight coming that night when we watched Bobke try to chase down some German street walkers so as to introduce pro rider (and Colorado native) Tammy Jacques to a world she knew nothing of, to the night at his dinner table in Durango when I tried to look like I was enjoying a heaping portion of pasta a funghi (even though I hated mushrooms),  we’ve been spirit brothers ever since.

In the many years to come, Bobke spent close to a decade racing mountain bikes on the NORBA National circuit with largely abysmal results. Built large with a larger than life personality, Bobke had as much finesse in the dirt as Hulk Hogan in a china shop. Compared to XC beanpoles like Ned Overend and Thomas Frischknecht, Bobke was big and bullish on the bike, but fiercely competitive. When LeMond lost interest in owning a bike brand, Bob would go on to snag rides with Pro-Flex,  SoftRide and Litespeed. Thankfully, what he may have lacked in podium results, the one thing that Bob Roll didn’t lack was a personality.

Over the years we’ve shared many adventures…I still remember the time we went for a ride when he was in town for business and had a free afternoon. We borrowed a bike from a local shop and, sans any proper bike gear – he rode with a pair of high-end Bruno Maglia shoes – he tooled me up some climbs and dropped me on the descent – in short, he still had it!

Little did any of us know then just how well his outspoken character would come to serve not just him, but also the millions of cycling fans around the world who would flock to their TV screens each July. A wordsmith like few others, Bob’s penchant for anecdote and prose keeps me glued to the set.

And so it happened that when his fat tire racing days came to an end, eventually the  seven-time Grand Tour veteran found himself as a Tour de France commentator. Almost overnight, the “Bobke sensation” swept the nation with his many fans mimicing his signature “Tour deee France” phraseology. Though it was not what he ever would’ve wished for,  this year Bob was vaulted into the commentary box alongside Phil Liggett to take the place of the legendary Paul Sherwen who passed last year. Bob Roll on the main stage – no one is more fitting for the role.

Although I don’t get to see him as often as I’d like, Bob and I do our best to stay in touch – his phone calls from the Tour always making my July….well, that and when he still proposes that we follow in the tracks of Fonda and Hopper and ride some motorcycles to New Orleans…what a gas that would be! From Joe Strummer to American Indians, and the efforts put out by our respective daughters, Bobby and I have many mutual affections in life…but is cycling that keeps or mutual flames lit.

So here we are on the threshold of a new decade and luckily cycling fans around the world can still count on Bob Roll coming into their living rooms every July with a level of passion, humor and knowledge nowhere else to be found. Cheers to Bobke. 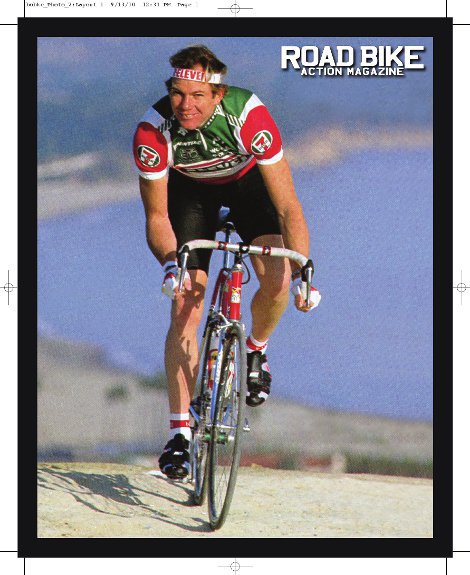