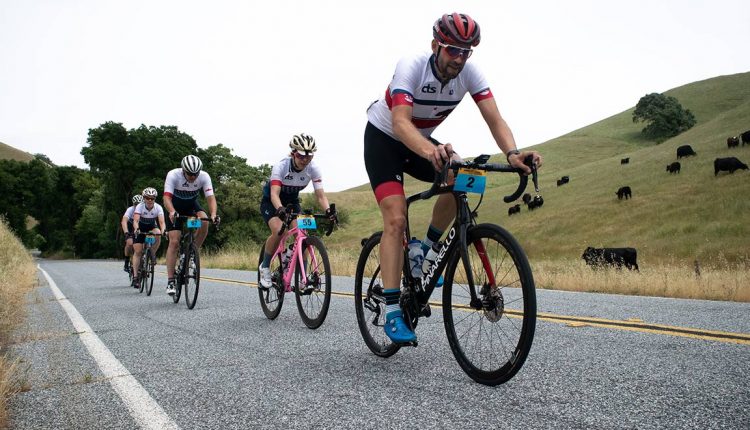 Sometimes it takes an actual finish line to remind you what “going hard” really means. I’ve been riding a lot this year, partly due to the “stay at home” orders earlier this season, and more recently due to renewed interest in cycling camps. I even thought I’d been training pretty hard. Then I lined up for the first competition I’ve done in more than a year­–The Pikes Peak Apex, presented by Rockshox–and within four miles I was redlined and way above the hardest intensity I’ve done in training recently.

Intellectually, and from my coaching experience, I know athletes always generate more power in competitions compared to training, and many athletes perform better by just having other riders around them–competition or not. But with this year being so different than any year before it, I was still surprised by how dramatic the difference was between what I had become accustomed to as “hard”, and what “hard” really meant when it was a real race.

Talking with other athletes, I think that as we get back to group rides, gran fondos, bike races, and even e-races, a lot of athletes are going to need to recalibrate their perception of “race pace”.

There is a reason that group workouts and events bring out the best in us. In 1926, psychologist Otto Köhler theorized that weaker members of a group would go to great lengths to match performances of stronger members of the group. His research related to collaborative group tasks, but the effect works in sports as well. No one wants to be the weakest link. No one wants to be last. So, everyone in the group–even the strongest–digs deeper. In collaborative tasks, like a team time trial, breakaway, or peloton, the Köhler Effect improves the aggregate performance of the whole group.

This is why group workouts, group rides, races, and events are so important for endurance athletes. Athletes don’t even need to be right next to each other for the effect to work. In individual time trials, whether in training camps or actual competitions, the knowledge other athletes are ahead and behind pushes athletes harder than doing the same course with no one around. Tadej Pogacar certainly proved that in the final time trial at the 2020 Tour de France when he took the yellow jersey and set a new climbing record on the La Planche des Belles Filles.

Here are a couple of tips to remember as you get back into the thick of group rides, races, gran fondos, and e-races.

Don’t let your power meter be a limiter

Some cyclists pay so much attention to their power meter that the wattage numbers become a prison. If you have convinced yourself that 300 watts is the upper limit of the intensity you can sustain for a climb, then you’ll back off if you look down and see 325 watts instead of going with the move or staying on the wheel.

A power meter can be a great tool for pacing, but to be effective in a group situation you have to be able to ride by perceived exertion. That doesn’t mean throwing out your power ranges completely; you’re not a totally different rider just because you’re in a group. But give yourself the chance to stretch beyond the data points that govern your training efforts.

Don’t get ahead of your skills

This one almost bit me on the Prologue stage of The Pikes Peak Apex. It’s a mountain bike event, and the prologue time trial was 11 miles on the technical trails and slickrock of Palmer Park in Colorado Springs, CO. With a number plate on the handlebars and the clock ticking, I was riding faster and taking more aggressive lines than I normally would in that park. It wasn’t long before I started getting sloppy. In my excitement to race, I was pushing harder than my handling skills could compensate for, and it was slowing me down.

The same thing happens in group rides, criteriums, and gran fondos. Riders go into corners too hot, take descents at speeds they’re unprepared for, or dive into corners more aggressively than they would alone. I had to take the same advice I give to athletes: sit up for a second, take a deep breath, look around to break out of your tunnel vision, and then reset and get on with it.

When you’re forced to recalibrate your idea of what hard is, or what fast is, it can take a toll on your emotions. In the second half of the Prologue, I kept thinking, “How can this be this difficult? Why do I feel so slow?” When I got to the finish, it turns out I wasn’t slow at all. I mean, I was slow compared to the pros and younger riders, but I did just fine for a guy in the 60+ age group. The negative thoughts running through my mind on course, though, were the result of forgetting that’s what it’s like to really go hard.

Every athlete I’ve ever worked with has had negative thoughts during training and even during the most important moments of big competitions. The goal isn’t to avoid having those thoughts at all; that’s not realistic. The key is learning to redirect them into positive thoughts. The idea that you can’t keep going at this pace may pop into your head, but you have to redirect it immediately to the thought that you can keep going for the next 30 seconds, or to the top of the hill, or the next corner.

I’ll be putting all three of these tips into practice in the remaining three stages of the Pikes Peak Apex, and for the sake of your fitness and performance, I encourage you to find a way to take advantage of the Köhler Effect in your training, too.