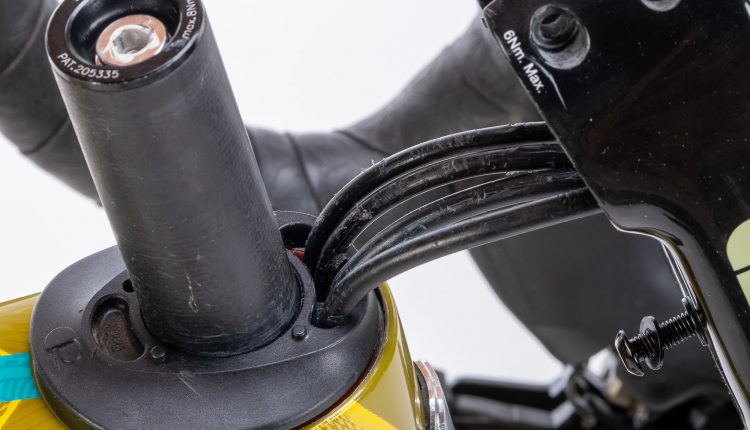 Q: I’ve heard of some catastrophic integrated fork and carbon handlebar failures due to the bike industry’s fad of hyping/building internally routed cables through the headset, plus the use of disc brakes, which combine a weaker-by-design front fork.

As a responsible industry news provider, RBA should warn its subscribers about this problem. You should also contact frame designers/manufacturers and let them know they are causing great harm to riders.

Why would you have internally routed cables on a gravel bike? Makes no sense at all, unless you want a “clean look” rather than a safe and practical bike.

A: As you might have read in our “Editors’ Choice,” I brought up this very same concern, but I’m afraid I still have to disagree with the thought that internal routing alone is a dangerous problem. Over the years we’ve ridden hundreds of bikes with internal routing, and, sure, some are better than others, but none have ever failed. Instead, what they almost all have in common is a level of added complexity that makes it easier to set the bike up wrong.

In my opinion, this is likely the reason we see failures. It’s rarely because there is a bad design. Do you honestly think bike companies would push out products that they believe will lead to failures or bad press? I doubt it.

However, some of the systems add a level of complexity that makes production, assembly and maintenance far more complex. On one hand, I hate that many of these systems are proprietary and not cross-compatible with another system. On the other hand, I think this is a way for a brand to limit the risk of a customer using something that is not compatible, and possibly inviting problems.

This all leads to bikes failing because they are not set up correctly. I’ve inspected a few bikes that have failures, and in each case it wasn’t the system/design but instead the setup. Loose headsets that essentially mar the steerer enough to fail is a common issue. One bike had a headset bearing upside down. With enough neglect and time, all things will fail.

Personally, I have limited my choice of bikes to those without the complete integration for one sole reason—convenience. I’m not lazy or unable to work on them, but I swap parts often. When a stem or bar change turns into a two- to three-hour job and requires new cables and/or hoses, I’ll pass. This is not an issue for the general public, as they will have their bikes dialed once, with general maintenance being the only time it needs modifying.

So, while I would love to say it’s ultimately a design flaw and that all internally routed systems are dangerous, it’s simply not true. Every part of the bike can break. This is not new and how it has always been with all things. We are exposed to more singular mishaps than ever before because they spread like wildfire across the internet. In reality, I feel safer now on a modern bike than I ever have.