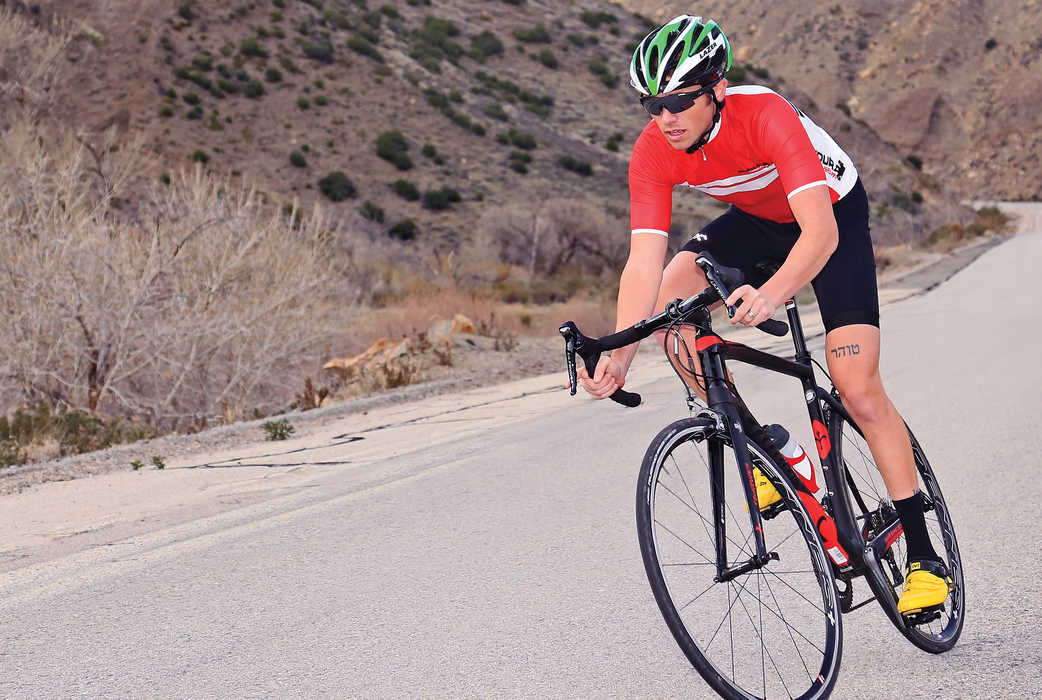 From pavement to dirt, cycling is becoming a sport littered with segments and various styles of riding. To keep up with the road cyclists’ evolving needs for more options, companies are turning varied design concepts out at a drastic rate. Within these segments of cycling, endurance frame geometries have emerged, giving consumers the ability to do long miles on a more upright and compliant platform, but compromising in some areas to achieve the comfort ride that so many riders want. Wilier has developed its reputation in racing and carried that spirit over into the GTR SL, which on paper seems like yet another endurance road bike, but in reality is a bike capable of handling almost every ride rolled out before it.

This isn’t the ﬁrst rendition of the GTR, but instead a reﬁned version of what Wilier hopes will be a solid all-around bike that will appeal to a broad range of riders. The GTR is available in three options, from the GTR Disc to the GTR SL—the latter uses the lightest carbon layup of the three. Wilier uses a blend of 60/46-ton carbons for the GTR SL and a 46/30-ton blend for the standard GTR.

In hopes of making the GTR more compliant and streamlined than previous generations, Wilier made some subtle changes that paid off in the end. Wilier adapted to the industry-wide move and shrank the seat tube to accommodate a 27.2mm seatpost, opposed to the oversized and less compliant 31.6mm size that was used last year. To give the frame a sleeker look, Wilier took technology from their Zero.7, Cento1SR and Cento1AIR, along with an integrated fork, to help give the GTR some aero qualities.

When it comes to frame geometry, the GTR has a very versatile ﬁt, ranging from upright and relaxed to the ability to drop the stack height and extend the reach for a more aggressive position. The large size that we tested came stock with a hefty 120mm stem, but when we swapped it for a 100mm and dropped the stack height, our testers felt comfortable that they could get low enough to ride more aggressively. Even for a bigger size the reach is relative to that of a modern race bike that is two sizes smaller. On paper that might sound like an awkward combination, but on the road it works.

Depending on your geographical location, the GTR SL is available in several build options, but only two are available in the United States. Our test bike came equipped with a full Shimano Ultegra drivetrain and HED Ardennes wheels wrapped in Vittoria Rubino Pro tires. Bars and stem were provided by FSA, while Promax ﬁnished the build with an aluminum seatpost. The other version of the GTR SL comes stock with an upgraded Ultegra Di2 electronic drivetrain. 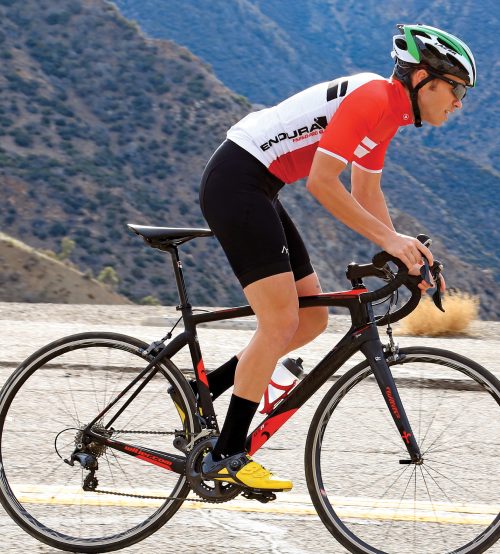 The drivetrain was comprised of a compact 50/34 crankset with an 11-28 cassette. Given the intended audience for this bike, we would’ve liked to see a bigger 11-32 cassette and long-cage rear derailleur, since most riders who will be drawn to this more relaxed frame geometry will be using it for longer days in the saddle.

We set our saddle height, tweaked the bars and, of course, threw on a set of matching red bottle cages for effect and started our testing on one of the most difﬁcult rides our area has to offer. The GTR SL rolls, and it rolls well. We immediately noticed the vertical compliance built into the thinned seatstays and the responsiveness during out-of-the-saddle pedaling that the asymmetrical chainstays provided.

The GTR is stiff and responsive, but with more relaxed handling than most aggressive race bikes have. The frame geometry features a slacker 71-degree head angle that makes the front end easy to pop over imperfections in the road and easier to handle on more technical descents. The massive head tube and integrated fork added plenty of stiffness on the front end, which was conﬁdence-inspiring at speed on long descents.

When we spent some time in the dirt we were surprised to see just how well the Wilier rode in adverse conditions. Our test bike came stock with 25c tires, but Wilier did build clearance to allow 28c tires into the frame for greater terrain versatility.

The GTR SL is a tough bike to compete with, from the versatile geometry to the smooth ride qualities, and we would be hard-pressed to ﬁnd a better bike in this category. While a lot of European companies are foregoing the trends of cycling and producing bikes with abstract technologies, everything built into the GTR is relevant to the modern cyclist. Our list of potential upgrades is short, but riders could beneﬁt from upgrading to a carbon seatpost to reduce the weight and add to the compliance. As much as we love the HED Ardennes SL wheels, the bike is also available with Shimano RS11 wheels, which would knock $1000 off the price.