A major upset on Mt. Fuji

Austrian mathematician Anna Kiesenhofer claimed a shock gold in a women’s Olympic road race on Sunday that saw veteran Dutchwoman Annemiek van Vleuten mistakenly think she had won. The 30-year-old national time trial champion Kiesenhofer, who holds a doctorate in applied mathematics from the Polytechnic University of Catalonia having also studied at Vienna and Cambridge Universities, held her nerve after a long breakaway that the main peloton never managed to reel in.

Van Vleuten made up for a horrific crash at the Rio Games in 2016 with silver, although she admitted to a massive gaffe after thinking she had won when she crossed the line. Italian Elisa Longo Borghini bagged bronze for the second consecutive Games.

“It’s incredible, I couldn’t believe it, even when I crossed the line,” said Kiesenhofer.

“I planned to attack at kilometer zero and I was happy I could get in front. That is something I could not take for granted because I am not good at riding in the peloton.

“I am happy that I was not too scared and I just went for it. I attacked and with the group we worked more or less together — it was helpful to have a group. I saw I was the strongest and I knew I had the climb before the long descent.

“I’m pretty good at descending so I got some more time and then it was just like a time trial to the finish.” Van Vleuten acknowledged that her raised-arm finish had been in vain.

“I’m gutted about this, of course.

“At first I felt really stupid, but then the others (her teammates) also did not know who had won.” 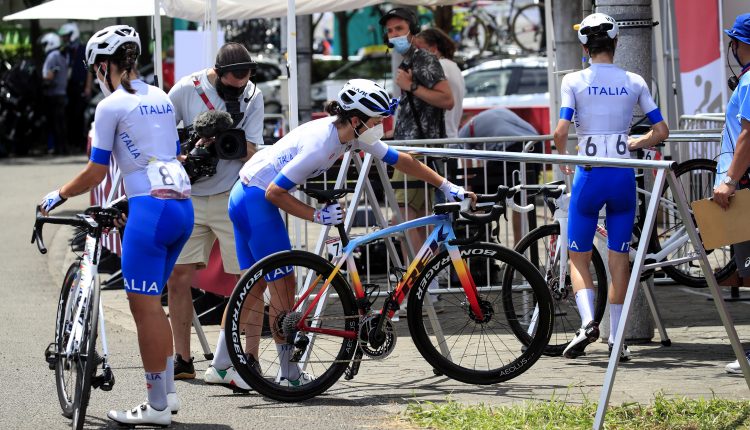 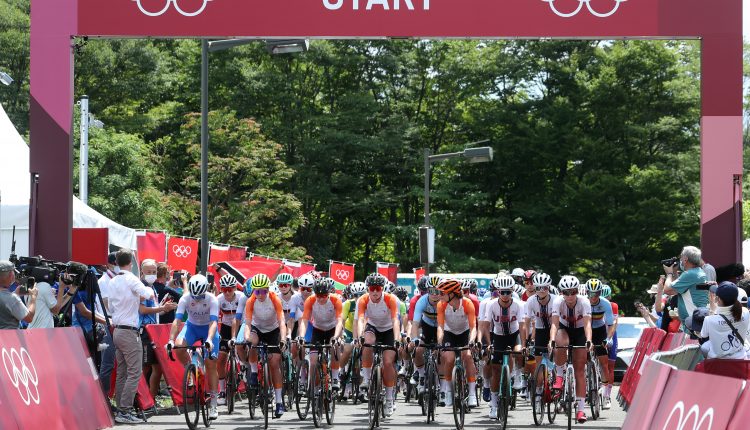 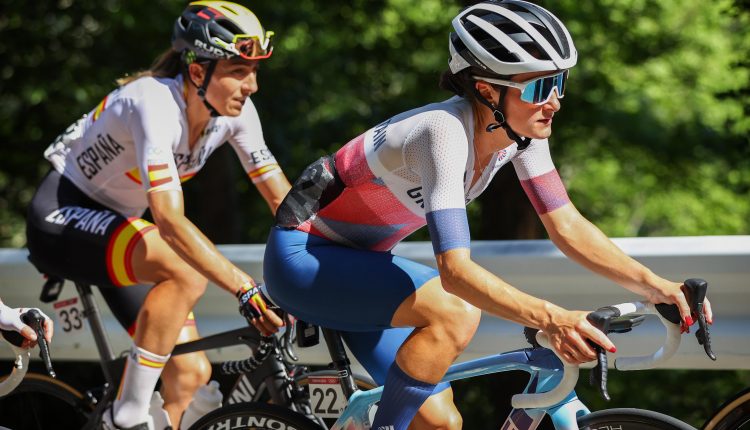 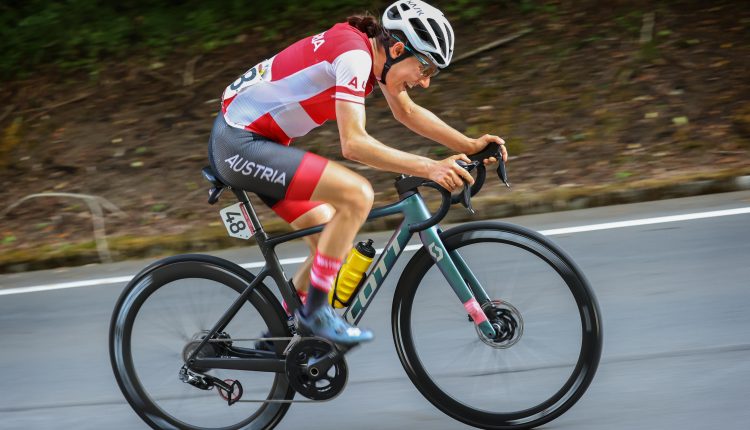 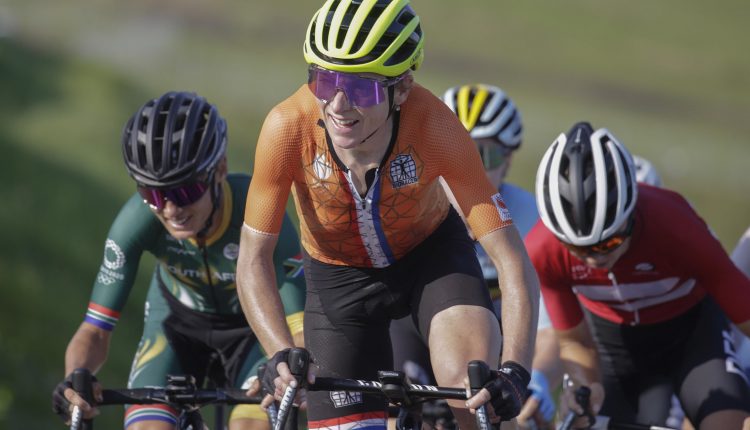 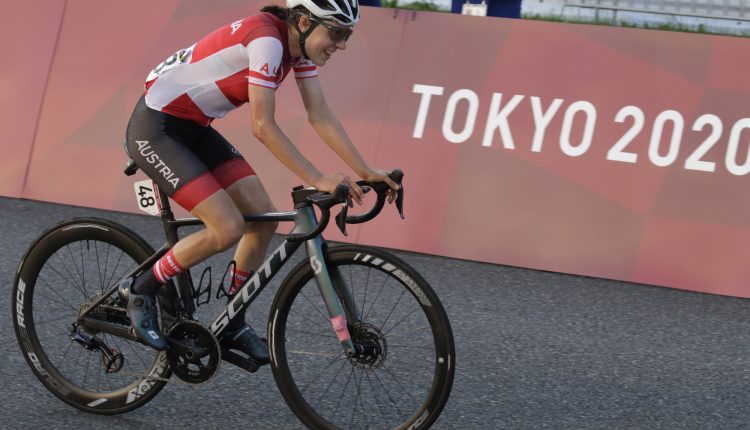 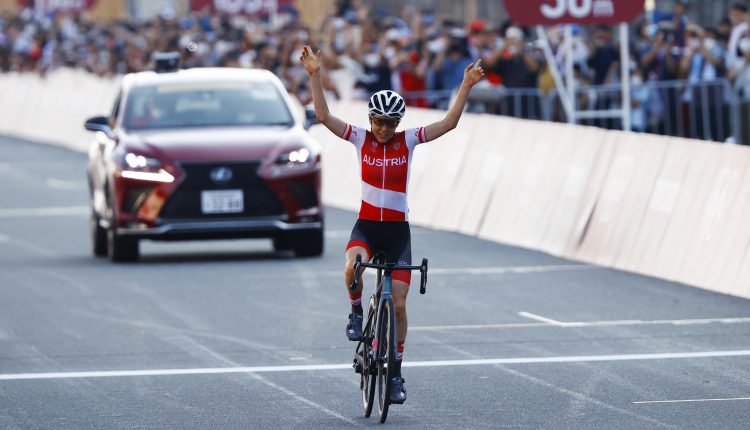 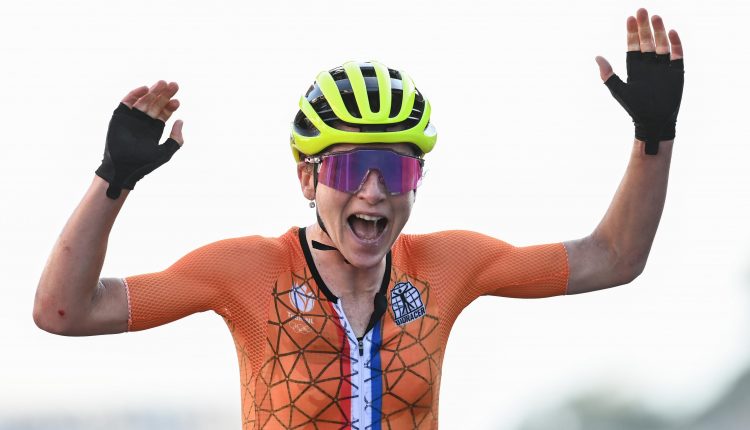 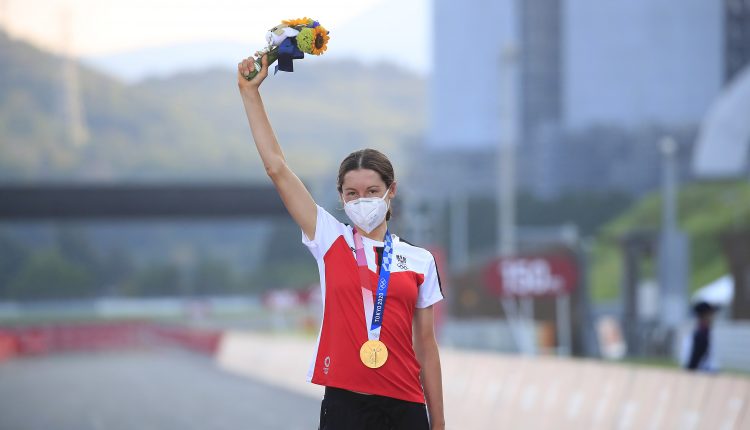 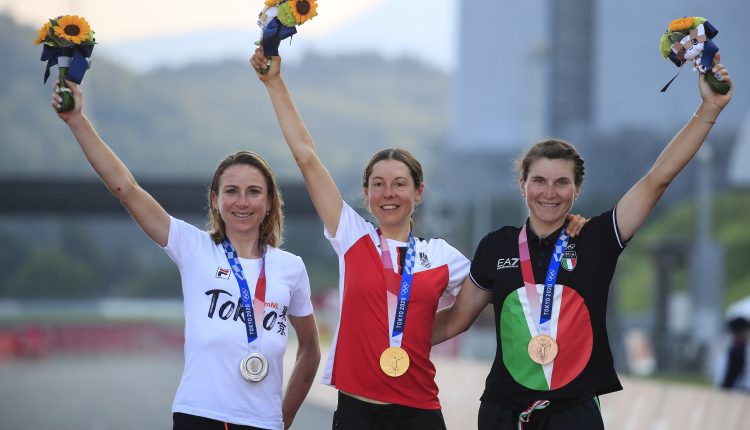 In a dramatic finale to a long day’s ride, the peloton reeled in France’s Juliette Labous and with under two miles to go, the gap to Kiesenhofer was cut to under three minutes.

First, two-time world champion Anna van der Breggen, who was targeting back-to-back golds after winning in Rio, and then Van Vleuten cut loose at the 1.5 mile mark, but it was much too late.

Kiesenhofer shot through the final run-in smiling and constantly looking over her shoulder in full knowledge that the gold was hers in a massive upset of the sportsbook.

Drenched in sweat, she collapsed to the ground after coming through the finish line, screaming in delight, hands on helmet in near-disbelief.

As with the men’s road race, tens of thousands of Japanese fans lined the grueling 85 mile route between Musashinonomori Park and the Fuji International Speedway that featured over 8800 feet of elevation gain.

There was earlier drama for Van Vleuten, who sustained concussion and a fractured spine in a horrific crash in Rio, after the 38-year-old took a tumble when Denmark’s Emma Joergensen veered into her path after falling.

The 2019 world road race champion quickly regathered her senses and moved her way back into the peloton to take up the fight, with the women’s race featuring a field of 67 riders compared to 130 in the men’s road race won by Ecuador’s Richard Carapaz on Saturday.

But Kiesenhofer held a five-minute advantage over Van Vleuten for large parts of the race, pushing the pace on a solo descent off Kagosaka Pass 25 miles from the finish to drop early breakaway partners, Israel’s Omer Shapira and Polish rider Anna Plichta. And with 15 miles to go, Van Vleuten was reeled back in by a 14-strong chasing group, stretched out as riders sought to surge. Hitting speeds of 40 miles-per-hour on the Fuji race track, Labous was first to push out before the Dutch quartet maneuvered into an attacking position, but they could do nothing about Kiesenhofer’s surprise victory in the shadow of Mount Fuji.