Porte set to take the top step Down Under 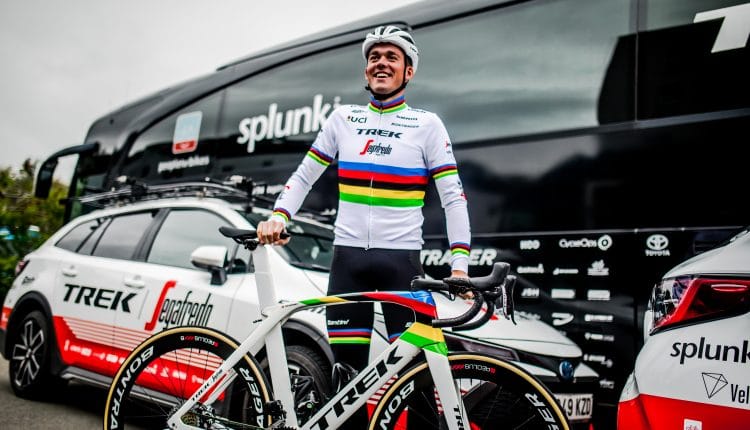 Denmark’s Mads Pedersen will parade his world champion rainbow jersey at the Tour Down Under in his first major outing since edging cycling’s road race world title in Yorkshire.

The powerfully-built 24-year-old emerged from a deluge in near freezing temperatures at the Yorkshire worlds in late September to outlast his rivals and win the men’s road race in Harrogate.

Riding for the American Trek Segafredo team Pedersen will spend most of 2020 wearing the distinctive world champion’s rainbow jersey, albeit in the service of team captain Richie Porte.

The Tour Down Under is likely to be raced in temperatures of over 40 degrees Celsius (104 degrees Fahrenheit) between January 21-26 with Porte picked as one of the favorites for the overall victory.

Porte has found success in front of hometown crowds at the TDU, including an overall win in 2017. In 2019 Porte finished second overall and notched a single stage win on the Willunga Hill summit finish. Expect to see Porte defend his Willunga Hill win during stage 6 this year, he has won every stage finish on Willunga since 2014.

2020 TREK SEGAFREDO ROSTER FOR THE TOUR DOWN UNDER

Why did Strava Remove Challenge Leaderboards?

Tweet of the Day: Chris Froome Back to Racing at the UAE Tour