World Champs Wrap: The Day After the Deluge

What happened to the presumed winners?

Share
Denmark’s Mads Pedersen sprung a huge surprise when he emerged from a rain-drenched Yorkshire road
race with cycling’s world title on Sunday.
After 261km and over 6 hours and 27 minutes of exhausting racing in hostile conditions that took a huge toll on the field, the 23-year-old unleashed an astonishing late burst. He left a devastated Italian Matteo Trentin and Swiss
rider Stefan Kung trailing in the silver and bronze positions.”That’s an unbelievable day, I didn’t expect this morning,” said the Segafredo-Trek team rider, who enjoyed great success at under-23 level.  “It was just survive, survive, survive. Then hope for the best in the sprint,” said Pedersen, who was far from favourite to beat Italian 30-year-old Trentin, usually a crack in the sprints. “When I saw the finish line, I thought, ‘anything can happen’,” he said. 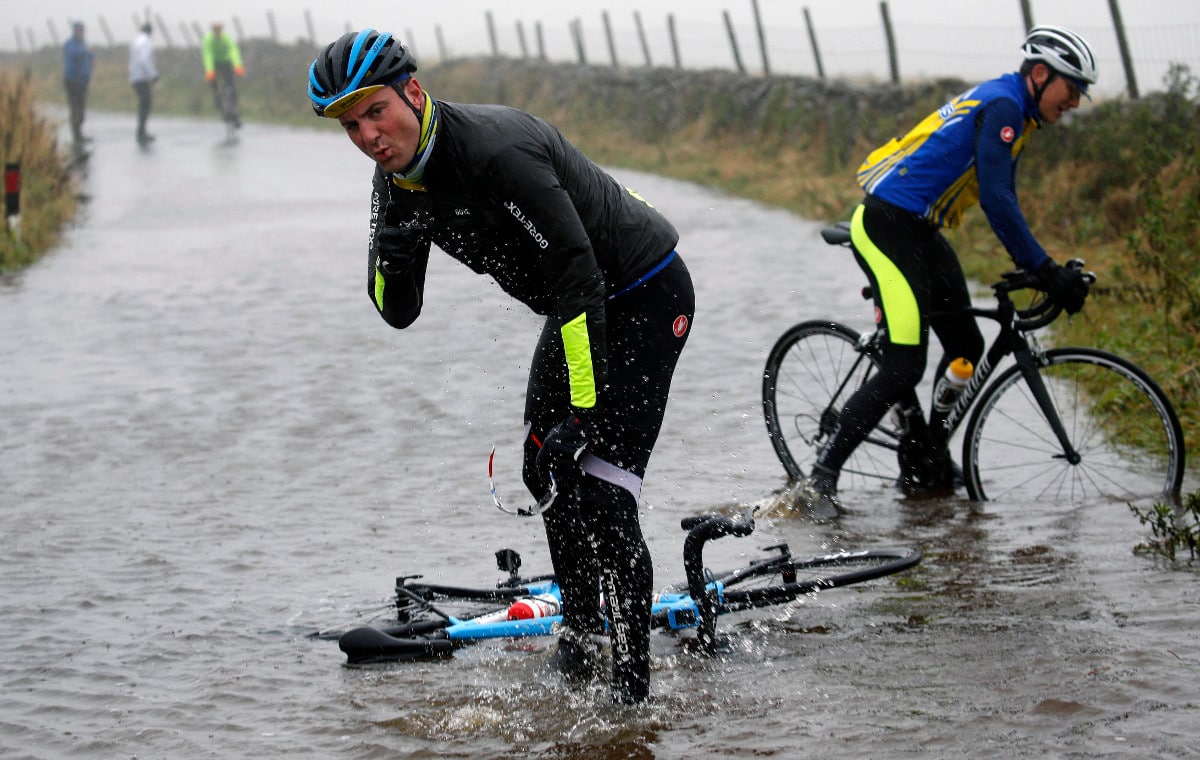 The race was shortened Sunday morning as relentless overnight rain took its toll on the narrow roads through the Yorkshire dales, flooding an iconic hilly section of the route that featured in the 2014 Tour de France which was cut out altogether. In the brutal conditions, only 46 of the 182 starters crossed the finish line. The rain also turned the Harrogate fan park into a quagmire and grounded the television helicopters.
THE BIG WASH OUT
Dutch 24-year-old Mathieu van der Poel will have a hard time forgetting theYorkshire weather too.  The bookies pre-race favorite had looked set for victory with a lap to gobut cracked, suddenly and spectacularly.
“You have to keep in front, keep focussed and keep going,” Pedersen  explained. 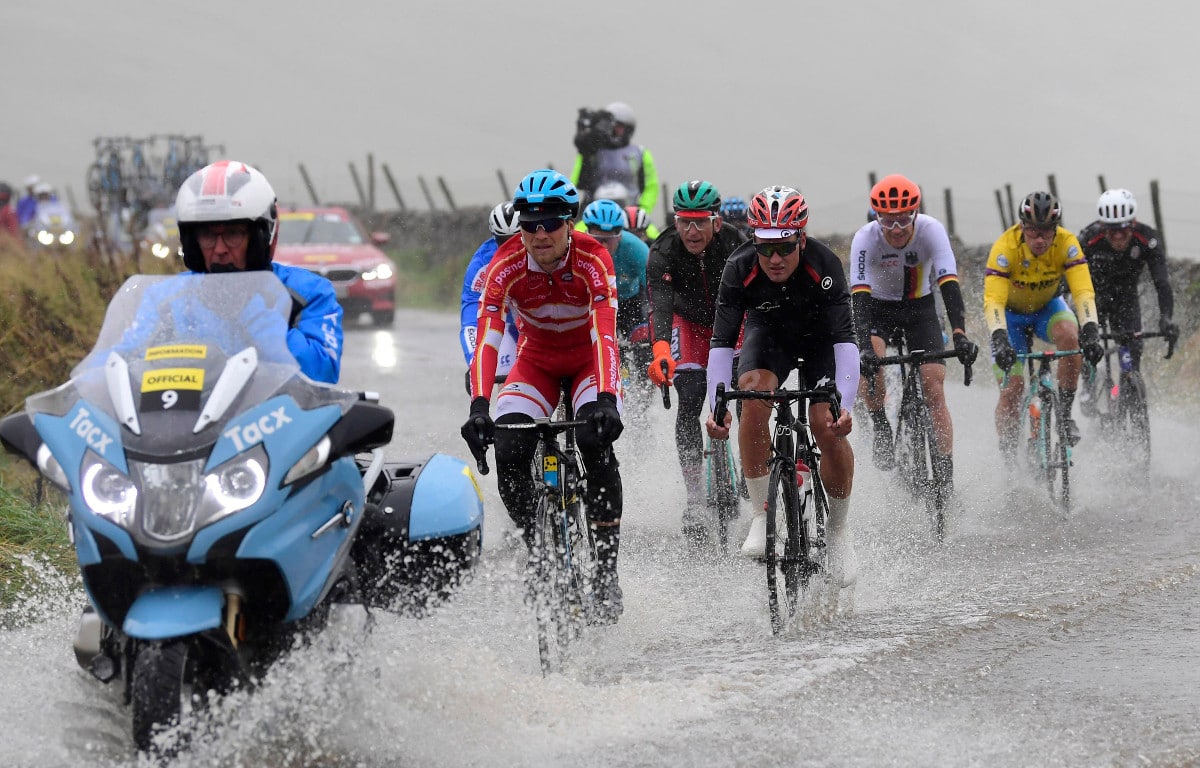 Three-time world champion and cycling superstar Peter Sagan left his pursuit too late as the Slovak tried to bridge the gap with 5km remaining. “Oh well,” said the nonchalant Sagan, who finished fifth and could have become the first ever four-time world road race champion. “(It was a) good decision for these guys to attack. For me I thought it was too far to go,” said Sagan of the attack led from 31km out by Italian Ineos rider Gianni Moscon, who came fourth. “The Germans and Belgians thought they would control the race, but it didn’t happen like that.”
The top British rider on the day was Ineos youngster Tao Geoghegan Hart, who slacked off at the finish to 2min 20sec to finish an honorable 26th. “Seriously harsh. Maybe just a little too hard in the end,” said the
24-year-old from Hackney. When asked if he took something away from the race he replied: “I don’t
think so”.
AND WHAT OF GERAINT?
The 2018 Tour de France champion took part even though he was off form, anddropped out after a few of the nine laps of the treacherous Harrogate circuit. “Wet, cold and not quite the feeling in the legs that I hoped for. It was a
tough day out there,” said the affable Welshman. “It was kind of what I was expecting. I’d come here to ride for the boys. It’s not a nice feeling – in a home World Championships,” added the Ineos man. “We rode well together. The atmosphere, the crowd was really good. This is something we’ll remember for sure.”

A star-studded field struggled to cope with the rain. Among the early victims, defending world champion Alejandro Valverde cut a sorry figure as he pulled out with 100km to go. “That was just crazy,” said the outgoing champion Valverde who clinched a four-way struggle at Innsbruck in 2018. “I just felt beaten and I told my teammates I wouldn’t be able to keep up,” said the 39-year-old, who looked visibly haggard despite pulling out with 100km to go.

7 Tips From a Pro for Mastering a Cycling Paceline