Nans Peters scored a first home stage win on the Tour de France on Saturday with Britain’s Adam Yates clinging on to the overall lead on a tough Pyrenean stage that caused an unexpected shake-up on stage 8 of 21. Chief amongst the day’s victims was fancied French climber Thibaut Pinot, who dropped out of the race for the overall standings entirely on the penultimate climb. Peters achieved his win over three major mountains in the presence of French Prime Minister Jean Castex, producing a brilliant long-range solo breakaway.

“I told myself, believe, believe believe,” said the AG2R rider who finished the 141km run from Cazeres-sur-Garonne to Loudenvielle in just over four hours.

But there was also a ferocious battle on the final climb of the dreaded Col de Peyresourde. Yates, defending Tour de France champion Egan Bernal and French climber Romain Bardet were all dropped and appeared doomed. Yates caught back up near the summit however while the other two swooped down the daredevil final descent to claw their way back closer to the form men, Primoz Roglic and Nairo Quintana. Yates leads Roglic by three seconds, Frenchman Guillaume Martin by nine and Bardet by 11. Ineos leader Bernal is fifth at 13 seconds, level with three other Colombians, Quintana, Lopez and Uran in a tight overall standings. 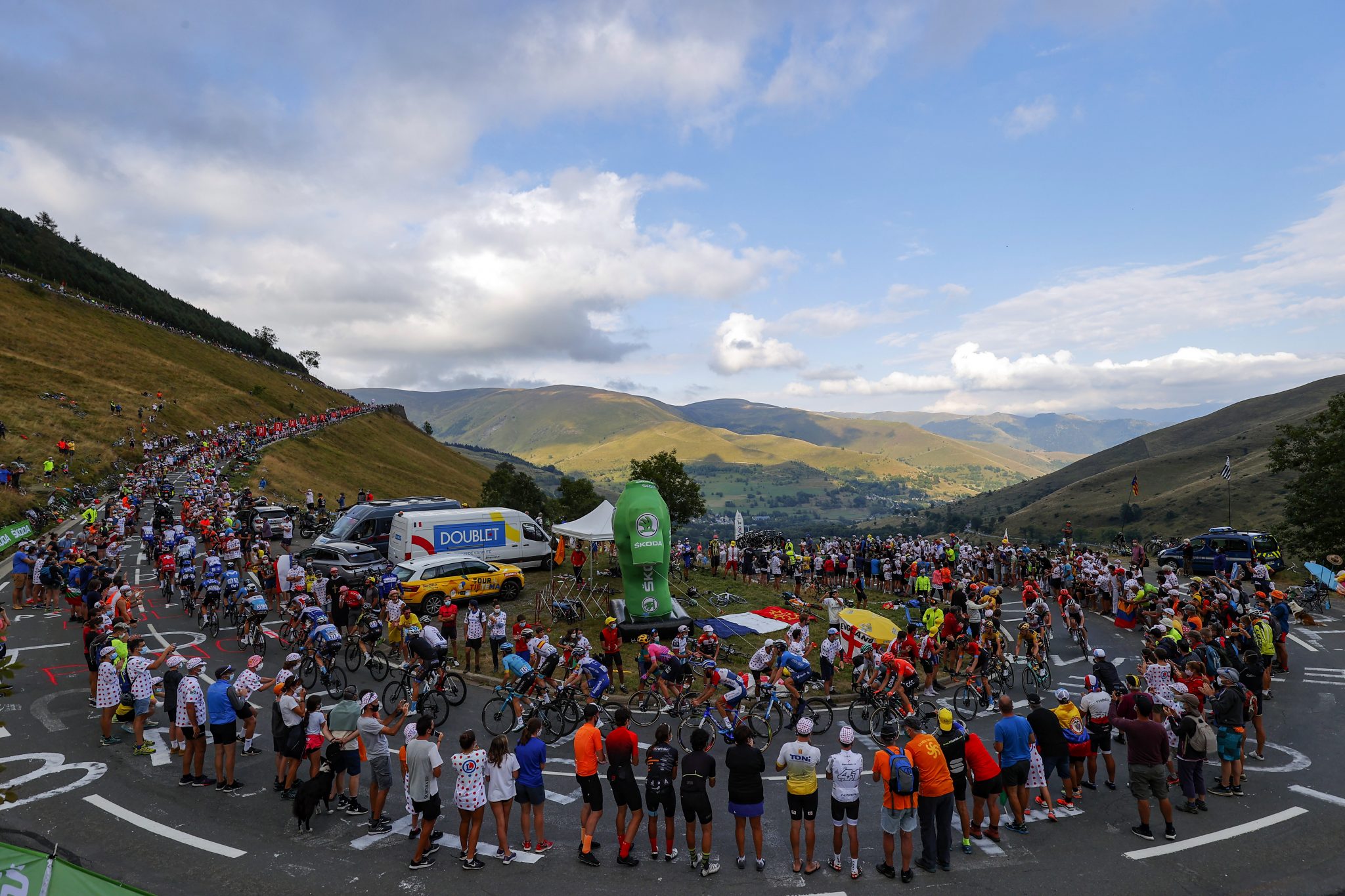 “It was a really fast pace,” said Yates of the last climb

“I just went at my own rhythm and came back in my own time and I went with them all over the top,” said the 28-year-old Mitchelton-Scott team leader.

Yates, whose brother Simon won two stages on the 2019 Tour de France, said his parents were also on the Tour, and possibly having a better time than he was.

“They got here two days ago,” said Yates. “It’s not every day you lead the Tour de France.

“Mum and Dad are making the most of it, they’re having more fun than I am,” he joked.

“Personally I just want to take it day by day.”

Slovenian rookie Tadej Pogacar managed to break from the group and retrieve 37 seconds of the valuable time he lost on Friday. Drama never seems to be far away from Pinot, a star in France whose fall 3km from the finish of stage 1 finally took a terrible toll here. Grimacing, he began clutching at his sore back on the penultimate climb when the Dutch Jumbo team put the hammer down. His teammates fell back to help him struggle up that hill, patting him on the back and comforting the climber.

“I won’t quit the Tour, but it’s another failure for me, I’ve had too many failures,” lamented Pinot. “It’s a turning point in my career.”

Another major victim was Tom Dumoulin of Jumbo, billed as a co-captain to Roglic, but Dumoulin also lost around two minutes after pulling Roglic as far as he could.

Sunday’s stage nine is a 153km mountain stage between Pau and Laruns with two category 1 mountains, a tricky final descent and an 8km flat run to the finish line. Then comes Monday’s rest day and some anxiously awaited Covid-19 swab tests after vast crowds massed at the final summit Saturday. Yates was asked about the roadside fans.

“For me it was alright,” he said. The French Prime Minister seemed to agree with him.

“Living with the virus is the doctrine of the Tour and the government, but everyone must protect themselves and obey the rules so that the Tour could take place,” Castex said.

“What I have seen today in the Pyrenees pleased me.” 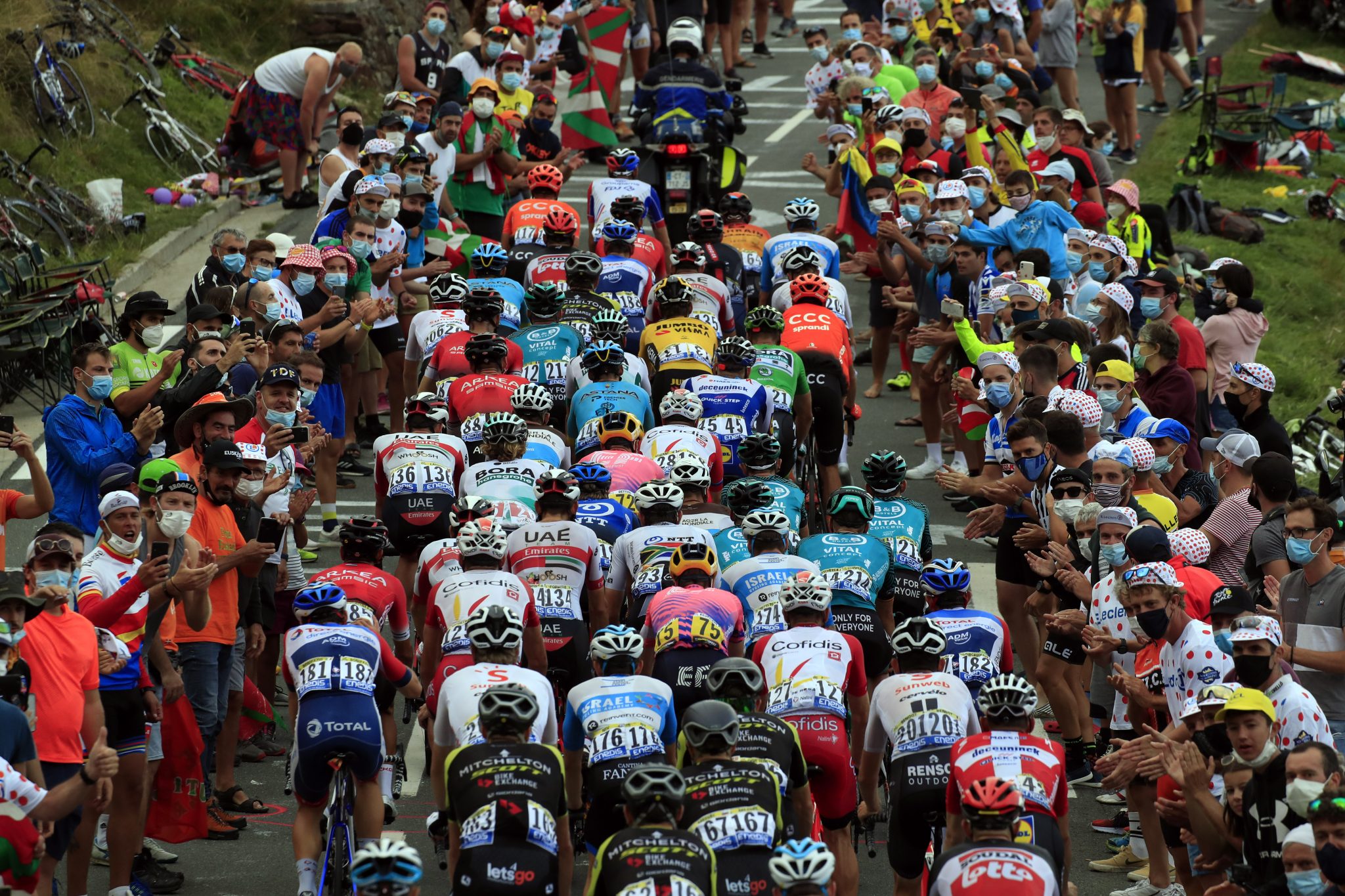