Not a gravel race bike 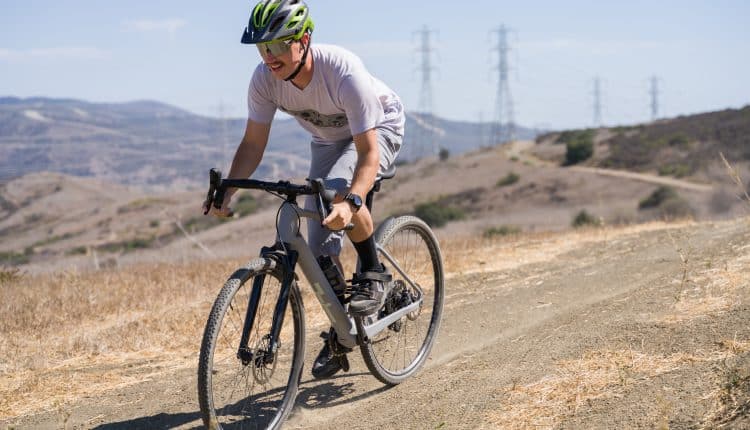 YT is primarily known for their mountain bikes sold directly to consumers. With the new Szepter gravel bike, YT has stepped into the world of drop bar bikes, and we had a chance to try it out at their press camp. We spent two days riding everything from single-track trails to roads along the shores of southern California and Catalina Island to get an idea of what the Szepter is all about.

Performance on the descents is a priority YT gives to the design of every one of their bikes, including the Szepter. An ASTM Classification 3-certified carbon frame was essential for the Szeptor’s use as a downhill-oriented gravel bike that is meant to be sent. YT took inspiration from rally cars and jet fighters for the sleek silhouette of the bike and the inclusion of integrated fenders. 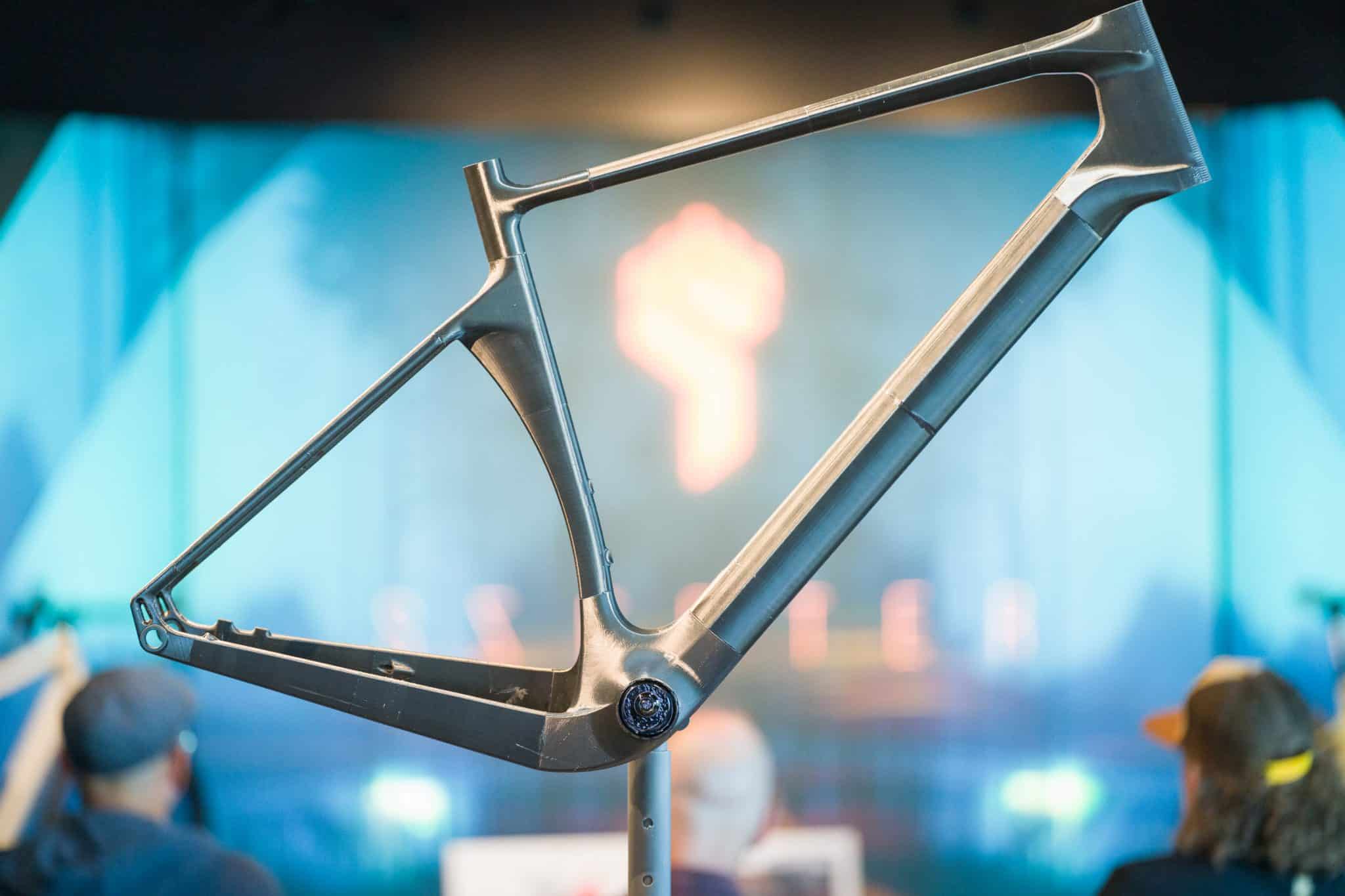 All Szepter frames are compatible with a dropper seat post and feature a 30.9mm seat tube diameter for compatibility with a wider range of dropper posts. There is no room for a front derailleur on the Szepter because YT believes the simplicity of a 1x drivetrain is better for the intended use of this bike.

The Szepter’s frame was designed around the use of a suspension fork which is included on all available models of the bike. Each bike features a relatively slack 69.3-degree head angle and a steep 74.3-degree seat angle, which YT claims optimizes downhill performance while not sacrificing uphill efficiency. 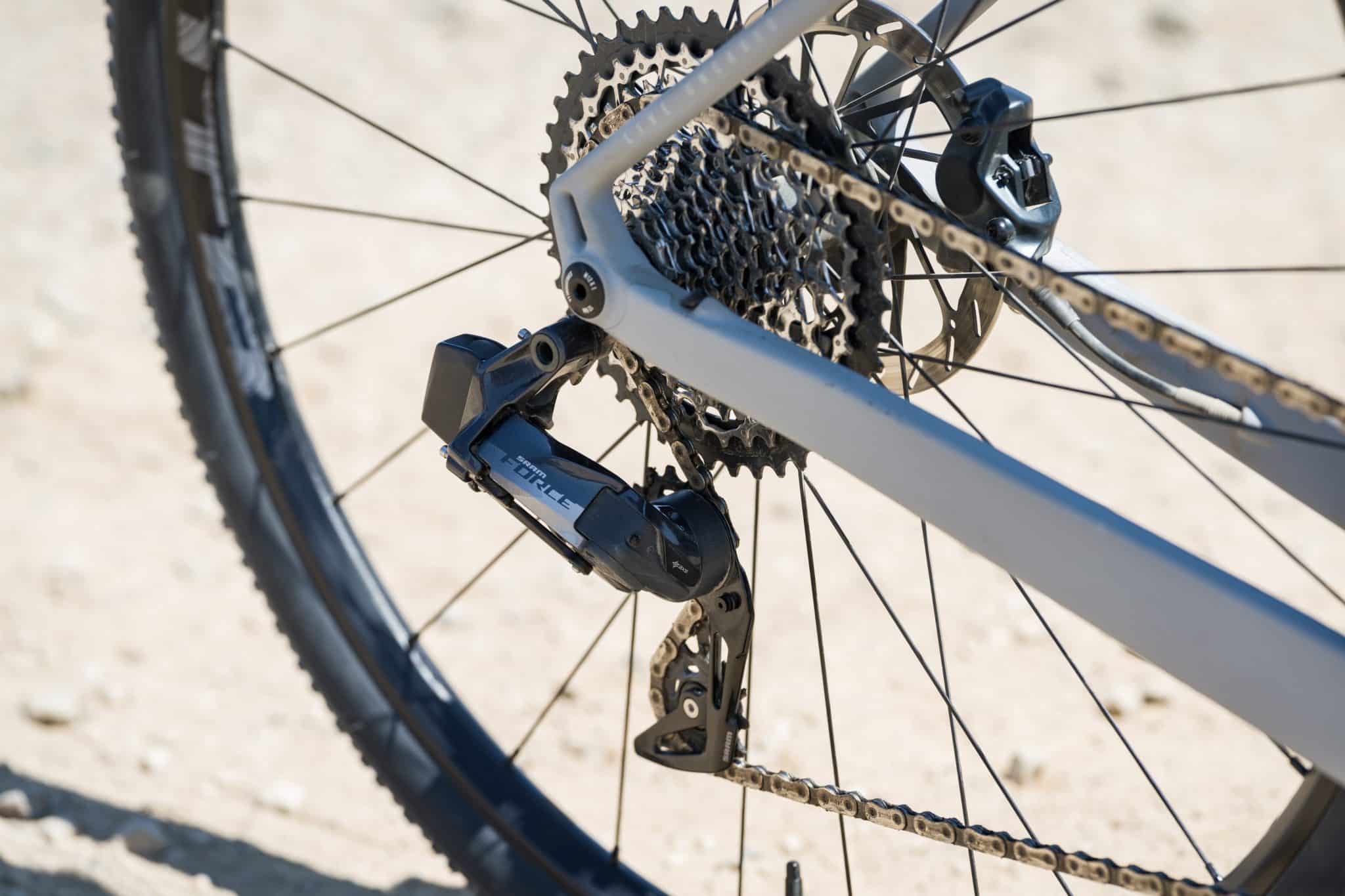 The Core 2 build option is spec’d very similarly to the Core 4 but with a pared-down version of the RockShox Rudy fork and no dropper post.

After two days of riding with the YT crew and more than a few miles beneath the tires, we can confidently give you our first ride impression. The rider we sent comes from more of a mountain bike background, which seems appropriate, considering YT is a mountain bike company gone gravel. Most of the riding on the Szepter was on single-track trails with a lot of steep climbing and technical descending, with the occasional small jump scattered throughout. The composure of the Szepter through these trails was impressive. The ease of maneuverability in the dropped position was fantastic and brought nothing but confidence, even on loose sand sections. The RockShox Rudy fork did its job well in holding lines we would normally have trouble with through corners which was a big help.

Small jumps and drops didn’t bother the Szepter in the slightest, and the frame retained its stiff, responsive feel throughout even the harshest bottom out. In some ways, it felt more like a mountain bike than your typical gravel bike, which is certainly what YT was going for. 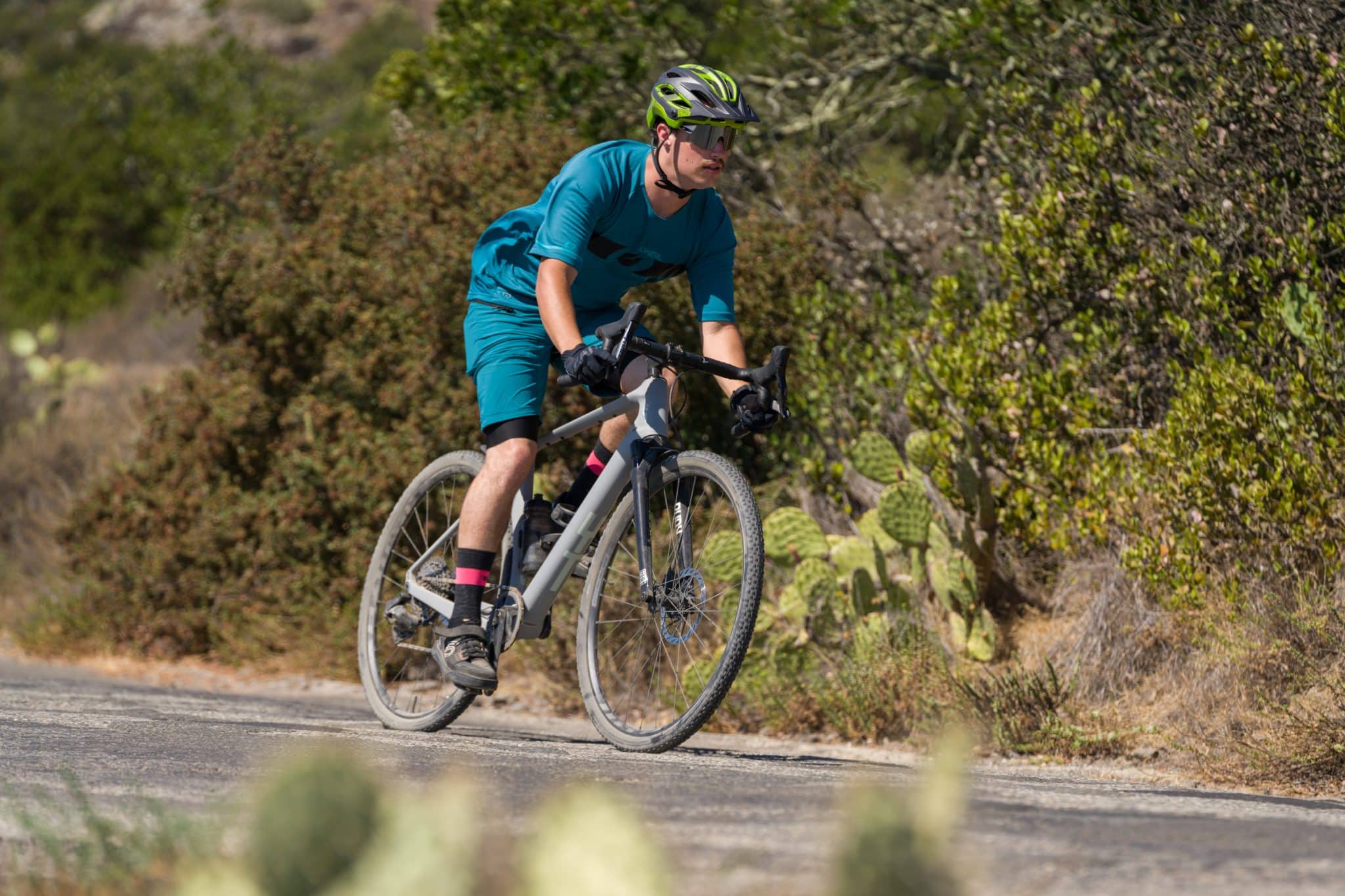 As far as climbing goes, on steep climbs, the front end was easy to get off the ground, which would knock off our balance and cause us to step off the bike a few times. A small adjustment to our body position quickly fixed this, but it’s worth noting. We didn’t feel an overabundance of efficiency while climbing longer roads, and the aggressive geometry of the bike was apparent, but it is not uncomfortable in any way.

We can’t come to a conclusive verdict just yet due to lack of time on the Szepter, but we can say we had a lot of fun riding it. The bike is targeting a rider looking to push the limits of what a gravel bike is capable of. Its capability as a gravel bike is undeniable whether, on a single-track, a gravel road, or a nice road climb but is definitely not for everyone. The MTB influence in this bike is very apparent in its style and design, so if you want a little more performance beyond dirt roads without getting a mountain bike, the YT Szeptor may be worth a try.

For more info on the YT Szepter head to www.yt-industries.com