Zap’s Column: Being Good With Being Slow

Speed and talent aren't always what you think they are 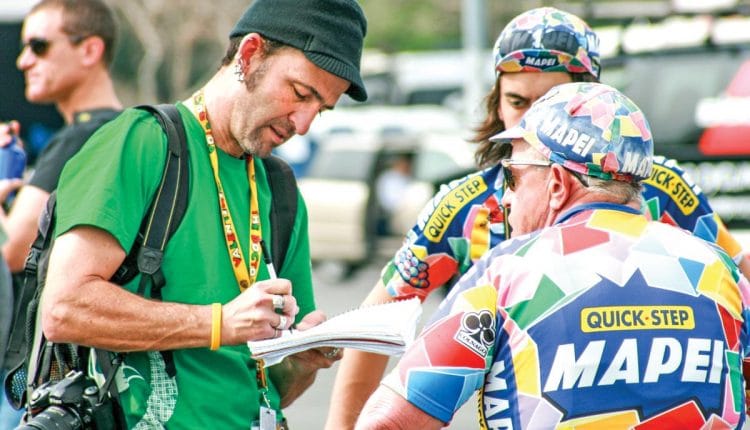 Given the highly regarded trait of most roadies to always have an excuse any time they fall behind on a ride, I’ll just come out and say it—I like being slow. I know, I know, no one wants to be slow, nor would many of us admit to it. However, the thought came to me the other day as Troy, David and I were just beginning to launch ourselves down the fast and serpentine Chevy Chase descent. They were fast and I wasn’t. And it was only by being slower that I could appreciate how fast they were.

It made me think back to the days when Neil Shirley worked here. A former pro rider, he was the cat’s meow when it came to outright speed, endurance, tactics and handling skills. On group rides he would often pedal past me and slap his bum to signal me to stay on his wheel. Yeah, right!

After Neil departed, next came Jon Hornbeck, who came to us just weeks after his days on George Hincapie’s pro team roster. Like Neil, Hornbeck was of slight build, but had a ton of power hidden in his skinny legs and could just accelerate away from me as if he was on an e-bike.

Heading into Dirty Kanza this year, I was gaining newfound confidence in my fitness as I had been riding more than usual. And still, Troy and David would drop me like a bad habit. Geez! Although on this day’s descent I did my best to hold off on my braking just to try and stay with them, it was all for naught.

Sure, I hated the feeling of watching the two kids whiz off into the distance as the descent leveled off, but being able to recognize their talent was also rewarding. I doubt either of them could ever appreciate their own speed when they dropped me; after all, of course they could drop me. But as the person who was getting dropped, and knowing how hard it is to gain and keep the necessary fitness to stay with them, I could relish and respect their speed. Intimidating (and depressing) as it was, it was nonetheless motivating.

The fact that there’s always going to be someone out there faster than you is just a reality that has to be reckoned with. I say embrace it and do your best to be faster than someone else.