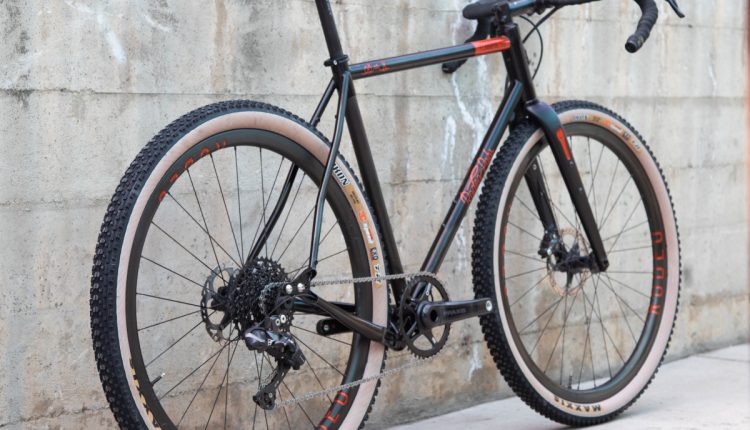 For as long as I’ve been at the job, the two most frequently asked questions I’ve gotten have been: “What’s your favorite bike?” and “Do you get to keep all the bikes you test?” To those I would now add a third that’s shot to the top; “Do you know where I can get a bike?”

That the bike industry has endured a severe bike and accessory shortage in the last year is likely not a news item for many of you. Yet, heaped upon all the real-world travails brought on by the COVID pandemic—from inner tubes to complete bikes—I’ve heard countless stories from disgruntled cyclists unable to fix, build or buy a bike.

THE GIVE AND TAKE

How bad did it get for some? I have a friend who wanted to buy a new gravel bike with a 2x drivetrain, but given the shortage, he was forced to buy a cyclocross bike with a 1x drivetrain instead. Luckily, the frame was drilled for a front derailleur, but when it came time to purchase a left-side SRAM Force lever assembly for hydraulic brakes, he came up empty-handed. The solution to get his bike ready for race season was to get a cable-pull lever assembly with the added purchase of some TRP mechanical disc brakes. Eek!

Although I wouldn’t have given up the power of hydraulic brakes for the sake of a 2x crank, I’m not the racer type in need of a full set of gears. Elated at just being able to finally enter a race, eventually he got a bike built in time for his first gravel event of the year, but his dissatisfaction with the build process was still apparent.

With each passing day through 2021, rarely has one passed without hearing similar stories of product shortages throughout the economy. Despite a deep pool of unemployed workers and factories humming late into the night, “shortage” has been the word most often attributed to the lack of availability in everything from microchips to
bicycle helmets.

Doubling the impact of so many product shortages, the time-honored theory of supply and demand has also come into play as consumers across the land have had to face a wholesale rise in prices as well. Recently, the Bureau of Labor Statistics reported that the Consumer Price Index increased 0.6 percent in March, which was the largest rise since August 2012, and although the reasons behind the jump are many, what is most often discussed is
whether the price hikes are the new normal or just a temporary COVID-related adjustment.

Since the earliest days of the pandemic that closed down much of our social and working lives, outdoor activities like cycling have seen a huge growth spurt. While some have optimistically likened it to the bike boom that America enjoyed back in the ’70s, some have been quick to add a sense of caution.

For decades the bike industry has often proven itself less than reliable when it has come to forecasting production numbers. I’ve lost track of how many times some of the big brands have disrupted the market by needing to blow out unsold models! Despite the known shortages of new bikes and products, many product managers have told me that the industry has grown wary of the negative impact of over-supply and will avoid overheating the market by overreacting with a push to building more.

As I sit writing this, the stories I hear of months-long production delays still to come remain rampant. Key to understanding the big picture of the shortages is that it extends beyond the factory floors. Famously, there was even a shortage and price hikes of the shipping containers needed to get parts from there to here.

The “funny” thing about all this market upheaval is how it has affected bike brands both large and small. For the little guys, “just-in-time” ordering and delivery are key to maintaining consistent sales. Now, I’ve heard how a previous two-week time frame for wheels has stretched up to seven months for some.

As an example, there were these two stories from two very differently sized bike companies:

“I was thrilled to get one rear derailleur! I mean, I know I’m a small-guy builder, so a big order for me would’ve only meant 10 derailleurs. Still, I can’t tell you how happy I was just to get one!” Dave Rosen, Sage Titanium

“This has been an unprecedented year for supply-chain management. Since we control the manufacturing of our own frames/forks, we’ve been able to fully control half the process of complete bicycle delivery, but sometimes it’s been the small things, which have interrupted production, such as when our factory ran out of cardboard shipping boxes for a short period of time. Something as trivial as cardboard-box delivery held up shipping out of one of the world’s largest bicycle manufacturing facilities—crazy, huh?!” Andrew Juskaitis, Giant Bicycles.

I know that no one wants to have to wait for a new set of carbon wheels or a replacement brake lever, but as delays and internet sleuthing have become the new norm, just keep in mind, it’s not just the bike industry that’s suffering…so, be nice to bike shop employees!